‘Remembrance Day should acknowledge war without glorifying it’ 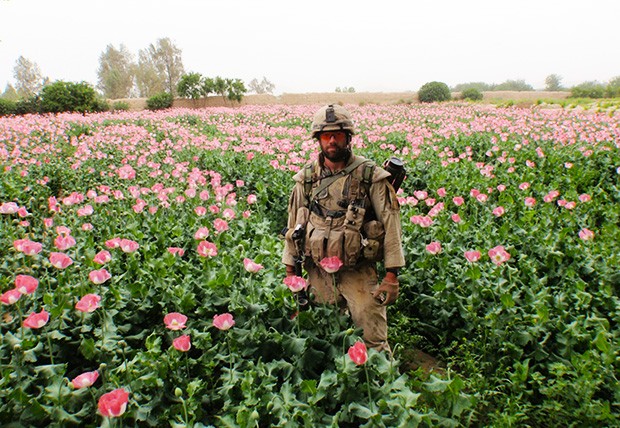 Lt. Mathew Snoddon in Afghanistan: “Just the fact I’ve gone over there and served is the sum so far of what I’ve accomplished.” | Photos courtesy of Mathew Snoddon

On October 29, an estimated 4,500 military members, police and firefighters were part of the procession for Cpl. Nathan Cirillo in Hamilton, Ontario. On November 1, a thousand more mourned at the private funeral of Warrant Officer Patrice Vincent in Longueuil, Quebec.

For Lt. Mathew Snoddon (BEng 2004), Concordia alumnus and member of the Black Watch (Royal Highland Regiment) of Canada, there was no question that he would attend Cpl. Cirillo’s ceremony. “There were a lot of similarities — he was a reservist, like me, and he belonged to a highland regiment, like me. A member of my extended family had been killed.”

Sgt. Ian Delong, a John Molson School of Business undergraduate and medic with the 51 (Montreal) Field Ambulance, formerly served with Cpl. Cirillo's regiment. He stood at attention as civilians silently lined the streets for the procession.

Vincent was killed in Saint-Jean-sur-Richelieu on October 20 and, two days later, Cirillo died during an attack on Parliament Hill in Ottawa.

In light of these events, some Canadians will find November 11 even more poignant this year. But for Delong and Snoddon, nothing has changed: Remembrance Day is, as much as ever, an occasion to reflect on the sacrifices made by their colleagues.

They are not alone at Concordia. Students and graduates from the university fought in the First World War, the Second World War and the Korean War; others contributed to peacekeeping efforts in more recent conflicts.

Snoddon initially joined the Canadian Armed Forces in 1997 as a reservist, working summers and part-time while completing his studies at Concordia. He took a year off in 2002 for a NATO peacekeeping mission in Bosnia, and graduated with a degree in mechanical engineering in 2004. Since then, Snoddon has completed three tours in Afghanistan, in 2007, 2009 and 2010.

Delong is currently in his first year in commerce at Concordia. He’s been a medic with the Canadian Armed Forces since 2003; he has worked in cities across the country and, in 2009, was also deployed to Afghanistan. 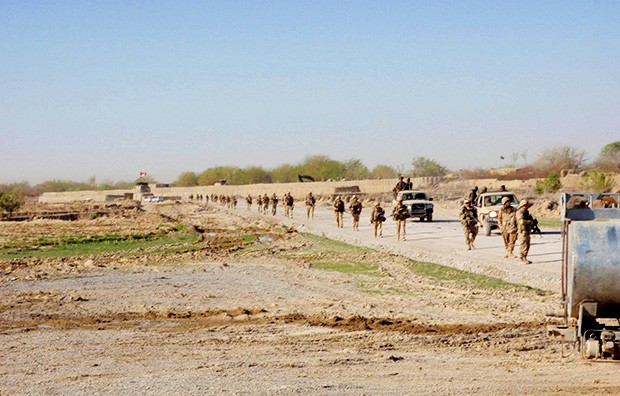 Both Snoddon and Delong cite their time in Afghanistan as a life-changing experience. Snoddon says there isn’t one tour of duty that stands out — “just the fact I’ve gone over there and served is the sum so far of what I’ve accomplished.”

Overseas, Delong and Snoddon saw early mornings and long days. As a medic, Delong’s role was to care for the injured in clinics, on foot and in ambulances after an attack. He also patrolled Kandahar and worked with a reconstructive team to strengthen local infrastructure.

Snoddon’s responsibilities included patrolling villages to investigate incidents or check in with local populations to find out how things were going in the area.

“It’s a beautiful country — and it’s such a complicated situation,” Delong says. “Going through Kandahar city and seeing mansions, armed compounds and new buildings, and then on the other side of the street, mud shacks with bullet holes.”

Delong found that he has gained perspective from experiencing firsthand the complexities of Canada’s foreign policy decisions. Snoddon echoes this sentiment when he talks about Remembrance Day.

“It’s a small thing to make sure that we understand the scope and the impact of some of the policy decisions we make, and what it actually means to deploy our military,” Snoddon says. “There’s an impact on our society that has an effect for generations to come.”

Delong believes that while November 11 means different things to different people, it all comes back to taking that moment to pause and reflect.

“I think it’s important that Remembrance Day acknowledges war without glorifying it,” Delong says. “That it acknowledges the loss of life respectfully and appreciatively without sounding the horn of gore and violence.”

He has found that there’s a narrow threshold between the two. “I’m happy to live in Canada. I think here, for the most part, people understand that subtle difference.”

Read about the WWI and WWII contributions of students at Concordia’s founding institutions, Sir George Williams University and Loyola College.

Concordia Remembers 2014
Art has long been central to commemorating major world events, as well as offering respite and the opportunity for contemplation. Sara A. Tremblay’s “Vinden (wind),” the latest work in the Concordia Remembers series, will be on display in the courtyard next to the FOFA Gallery (Engineering and Visual Arts Complex, 1515 St. Catherine W.) until November 11.