Fifty-three years after the infamous Computer Centre Incident at Sir George Williams University (SGWU), I sit down with my dad, Leon Jacobs, as he remembers his time as a university student.

Leon is now 80, but back in the winter of 1969 he was a 27-year-old student pursuing his Bachelor of Arts at Sir George Williams in Montreal. He, along with many others, showed his solidarity with six West Indian students who had made allegations of racism against a professor.

Leon attended several of the meetings and consultations held between students and university representatives, eventually joining other classmates after they organized a sit-in in protest of the university’s response to the allegations.

As I listen to my dad speak, I realize that the events of 1969 stayed with him all these years; it shadowed his student experience as a young Black man. This is why, with the global rise of the anti-racism movement, it is so deeply meaningful that Concordia is finally acknowledging what happened.

‘We, Black students, were blamed and vilified. So yes, it’s about time’

Candace Jacobs: What are your memories of what happened in February 1969?

Leon Jacobs: I joined the sit-in at the Henry F. Hall Building 9th floor (the Computer Centre at the time). There was a feeling of comradery; it felt democratic. I remained there for roughly five days. At some point, the university cafeteria had stopped selling food and students were getting hungry. So, my role after leaving the sit-in was to go into the community asking Montrealers if they would be willing to cook and bring food to the protestors. So many said yes. What stuck with me at the time was the kindness of those community members, and me thinking, “those people never got their pots back.”

After the mayhem and arrest of fellow students, several of us made our way to the police precinct where our friends and others were being detained; we demonstrated with signs and placards. We were angry. They were in jail and needed support. So, we organized to get them legal representation, get advocates, etc. 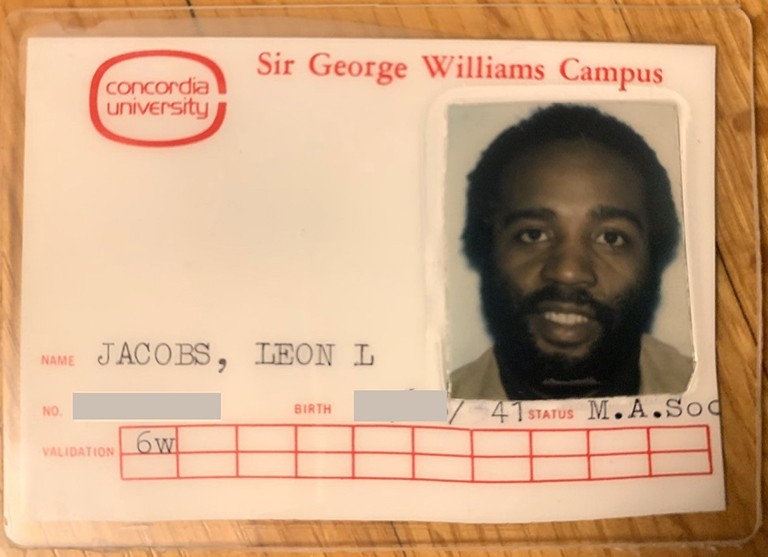 Leon’s Concordia ID card as a part-time instructor in the early 1980s. | Photo by Leon Jacobs

CJ: What was the aftermath of all this like?

LJ: It was tense both on- and off-campus. Several of my Black classmates had difficulties securing employment that summer and afterwards; they were marked in a way, being Black and students/alumni of SGWU. There was a stigma in a sense.

I had gotten a summer job in 1969 as a market researcher. My task was to go door to door obtaining feedback. One time, as someone was filling out my survey while I waited inside his home, this person’s father appeared and asked me what school I went to. When I responded SGWU, he told me to “get the hell out of his house.” I remember that vividly. 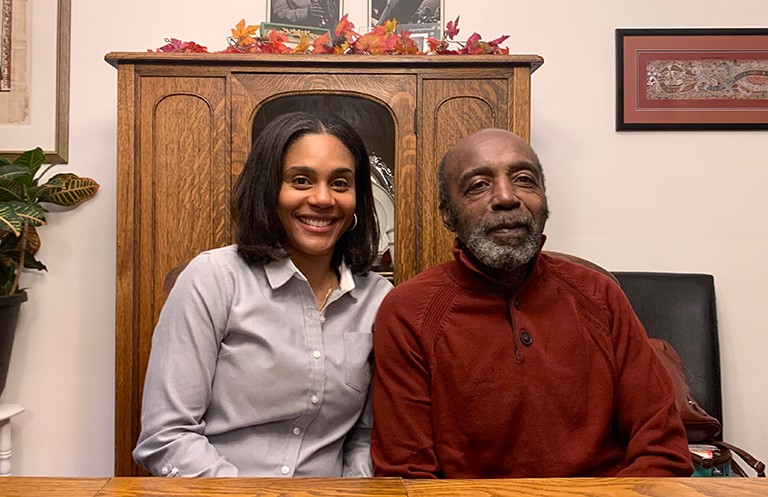 CJ: As you know, Concordia President Graham Carr created a Task Force on Anti-Black Racism, in response to the university community’s call to address entrenched historical institutional anti-Black racism, notably as the Black Lives Matter movement grew. On October 28, President Carr will be issuing an apology on behalf of the university for the events that took place at SGWU in 1969. How do you feel about this?

LJ: I think it’s about time that the university recognized what happened — that there was indeed racism — and apologizes for it. I remember feeling at the time that the administration and student leaders were about to reach an agreement. We were hopeful! Then, for some reason, the police were called and things completely went downhill. We, Black students, were blamed and vilified. So yes, it’s about time.

CJ: I agree. This is poignant and emotional for me as well, knowing that you were present at the time, experiencing all of this. Thank you so much for sharing your perspective and a snippet of history with me.

Leon Jacobs earned his BA in sociology (honours) from Sir George Williams University in 1970 and remained in higher education. He later taught several courses at Concordia during the 1980s and ’90s and taught at Dawson College until retirement.

Find out more about the Concordia President’s Task Force on Anti-Black Racism.