Combatting discrimination is a prominent pandemic issue, according to Concordia researcher

Nicole De Silva: “Even in a democracy like Canada, which has a fairly strong human rights record, there are significant challenges under states of emergency.” | Photo: Markus Spiske

The COVID-19 pandemic has upended our lives, and in some cases, it has changed how we look at our economies, governments and societies. In times of crises like this one, institutions and principles that we normally hold dear can be overwhelmed.

Human rights are a good example. Canada enjoys a well-earned reputation as a human rights leader, but as Nicole De Silva points out, the extraordinary new government measures enacted since the coronavirus outbreak reaffirm their need for protection.

In a new paper just published in the Canadian Journal of Political Science, the assistant professor of political science in the Faculty of Arts and Science analyzes statements and positions taken by the 13 human rights commissions in Canada. The federal, provincial and territorial commissions are mandated by law to administer, protect and promote human rights law across the country. As such, De Silva notes, their pronouncements are particularly authoritative.

“Even in a democracy like Canada, which has a fairly strong human rights record, there are significant challenges under states of emergency.” 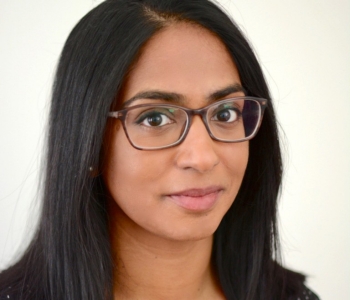 As she examined the statements made by the various commissions since the beginning of the year, De Silva noted a gradual change in their concerns.

By February, there had been only two statements regarding the coronavirus outbreak, by the Ontario and Nova Scotia human rights commissions.

“There was concern about discrimination, which was based on fear of this virus,” she says. “Both statements warned against discrimination based on race, ethnic and national origin, particularly flagging East Asian and especially Chinese communities.”

By mid-March, when most provinces and large cities declared states of emergency and enacted lockdowns, the emphasis broadened.

“We saw that the commissions were reacting to the rapid changes that come with these disruptions to society,” she explains.

The commissions began speaking forcefully against discrimination based on disability, family status and age, especially for older adults and anyone in long-term care homes. Other statements addressed the increased vulnerabilities of children, women, Indigenous peoples, the homeless, prisoners and refugees, among others.

“It was not just governments being targeted by the commissions,” De Silva adds. “They took a holistic approach. Human rights legislation also covers non-governmental actors like employers and service providers. Everybody bears some responsibility for promoting human rights during this pandemic.”

This applies, she continues, even as Quebec — the province hardest hit by COVID-19 — prepares to ease some of its lockdown restrictions.

“The choices we make about when and how we ease restrictions impact people who are vulnerable, like the elderly or workers in high-risk environments,” she says. “The commissions are going to continue monitoring the evolving human rights challenges for vulnerable groups.”

Read the cited paper: “A Human Rights Approach to Emergency Response? The Advocacy of Canada's Human Rights Commissions During the COVID-19 Crisis.”