The golden years following retirement are supposed to be a time for reflection, enjoyment and rest. But for many seniors, they can be filled with stress brought on by a range of factors, including declining health, loss of autonomy and life regrets.

These stressors can adversely affect seniors both mentally and physically, and, to make matters worse, there is often little or nothing they can do to control them.

But a new paper published in the Journal of Behavioral Medicine by researchers at Concordia’s Centre for Research in Human Development in the Department of Psychology says that they can have some say in how they react to those stressors.

The paper found that seniors who are living with stressors and practice self-compassion — essentially, treating yourself in a way that you would treat a close friend or loved one — will produce lower levels of cortisol than those who do not. Cortisol is a naturally secreting hormone that is present in all people, but stress can trigger heightened levels of cortisol.

“People who tend to be more stressed can have higher levels of cortisol and this is thought to influence disease risk over time,” says the paper’s lead author, PhD candidate Heather Herriot.

Herriot and her colleagues, psychology professor Carsten Wrosch and associate professor of psychology Jean-Philippe Gouin, studied cortisol levels in 233 community-dwelling older adults over three days. The researchers concluded that higher levels of self-compassion were associated with lower cortisol levels in seniors who reported higher levels of stressors, but not in those who reported lower ones.

This, they write, suggests that practicing self-compassion is an effective tool seniors can use to mitigate the effects of chronic, uncontrollable stressors. 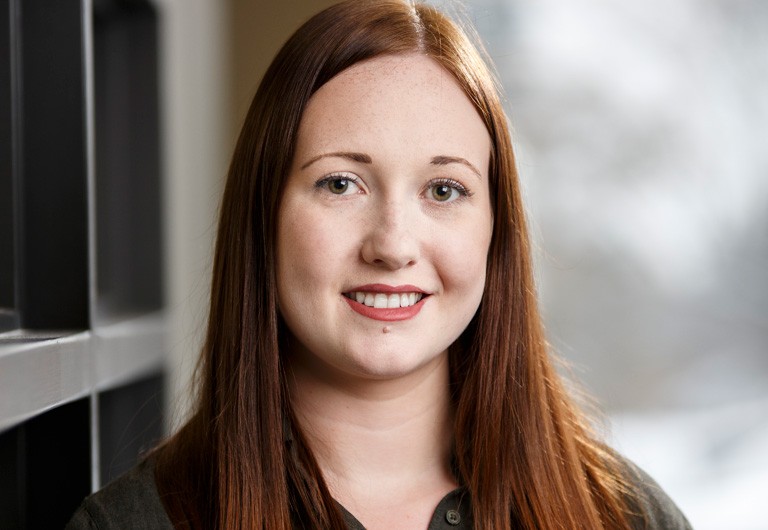 One was functional ability in everyday life. How well were their participants able to perform everyday tasks, from doing the laundry to grocery shopping?

Another was health problems. The researchers presented the participants with a questionnaire listing various health problems they said they suffered from. As these problems were often chronic, they would act as stressors because they were often on the minds of the respondents.

The last was life regrets. “Participants were asked to think about the most significant life regret they had and write it down,” says Herriot.

“Then we asked them some questions. We were interested in the emotions they felt when they think about life regret. The answers would usually be negative emotions like anger, sorrow, irritation or helplessness. We combined these negative emotions to get a composite regret intensity score, which was used in the study.”

Herriot notes that while the types of regret were not discussed in the study, the most common ones “were related to marriage — whom they married or whom they did not. Another common one among females especially was not getting an education. Our sample was on average about 75 years old, and a lot of them grew up in a time that did not prioritize females’ education.”

To counteract these stressors, Herriot and her team looked at three previously established components of self-compassion.

The first, self-kindness, is about forgiving yourself for your shortcomings. “It’s about being able to acknowledge to yourself that yes, you messed up or failed in some way, but realizing you can move on from this.”

The second is mindfulness — acknowledging problems or stressors but without letting negative thoughts run rampant.

The last is common humanity. “That’s the ability to recognize that these stressors are common to the human experience. You’re not alone in this; you’re not the only one who experiences these types of stressors or makes these kinds of mistakes.”

Herriot says she hopes the results of the study will help lead to interventions that foster self-compassion in older adults who are struggling with significant stressors.

The study was funded by Canadian Institutes of Health Research grants and awards, and doctoral fellowship from Social Sciences and Humanities Research Council of Canada.