Christine Jones: “Concordia taught me how to think like a theatre animal.”

The Concordia grad won two of theatre’s top honours — a Tony and an Olivier — for bringing the magic of J.K. Rowling’s wizarding world onstage. She designed sets for both of the hugely successful New York and London productions of Harry Potter and the Cursed Child.

This recognition follows another Tony win in 2010 for her scenic design of the musical American Idiot and a 2015 Obie for Sustained Excellence in Set Design. In addition, New York Magazine listed her innovative Theatre for One, in which one actor, musician or dancer performs for a single audience member in a booth-sized stage, as a top 10 theatre event of 2015. Jones also teaches at New York University’s Tisch School of the Arts.

These are just some of the experiences she will draw upon when she delivers the third annual Wild Talks lecture on September 24, part of Concordia’s Homecoming 2018. The lecture series honours Catherine Wild, the former dean of the Faculty of Fine Arts. Emaral Inc. is funding this year’s edition.

Jones will be at an alumni reception after the lecture, and she will meet with fine arts students for a master class on September 25.

Theatre is the place where I find community and transcendence

You have won the biggest theatre awards, been celebrated by your peers and are a much sought-after scenic designer. Now that you’ve reached such career summits, what keeps your love of theatre?

CJ: The reason I love theatre never changes, no matter the scale or scope of a project. The cathartic experience that can happen when one sees a play is unique and soul-nourishing. As someone who does not practice a formal religion, theatre is the place where I find community and transcendence.

You’ve compared the experience of seeing Harry Potter and the Cursed Child to snuggling up with a good book. Your creative design process also bends toward the written word more than the visual. What’s the creative connection between literature and set design?

CJ: For a set designer, the text is always the primal matter used to craft a design. Words allow us to conjure images in our minds and it’s my job to realize them in 3D for actors to play upon and to engage with audiences. 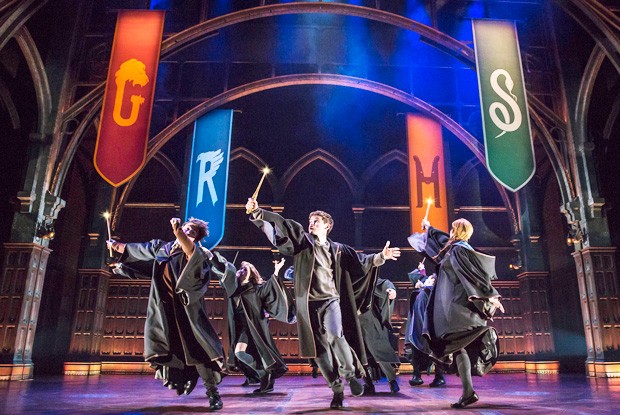 Talking about American Idiot in 2010, you once said, “I started as a dancer. This show is what I have been working toward my entire career, with its exciting interaction between the movement and the physical world.” Do you still love dance? How does it figure into your work?

CJ: I still love creating physical environments that provide the potential for kinetic, electric, even dangerous movement. The collaboration that takes place with a choreographer fuels my excitement.

What kind of connection between performer and audience are you searching for in Theatre for One? Can this relationship exist on the big stage?

CJ: My goal is always to make every seat the best seat in the house, whether it’s in a theatre of one or 1,200. It is my responsibility to shape the space in order to maximize a feeling of intimacy between the audience and the performers.

You’ve worked on Broadway and taught at New York University for quite some time. What parts of Montreal and Concordia stay with you and continue to seep into your creative practice?

CJ: I think Concordia has the best undergraduate set design program in North America. The university taught me how to think like a theatre animal and I still feel inspired by what I learned as a student here.

The Christine Jones Wild Talks lecture will take place Monday, September 24, in the D.B. Clarke Theatre on Concordia’s Sir George Williams Campus, 1455 De Maisonneuve Blvd. W. The event is free but you must register in advance.