The Concordia community is saddened to learn of the passing of Chen Feng Huang, former associate director of the Institute for Co-operative Education (Co-op), on July 5.

A memorial and reception will be held this Friday, July 13, at the Loyola Chapel, from 2 to 4 p.m. The community sends its heartfelt condolences to her family and friends. 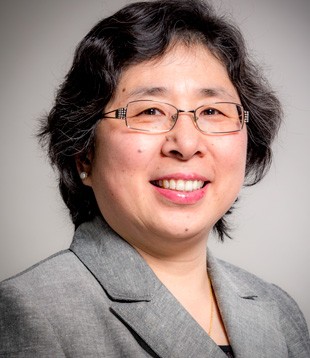 Huang joined the university in 1990 as a research and administrative assistant in the Department of Psychology. She went on to fill many different roles throughout her nearly three-decades-long career at Concordia.

Before joining Co-op, Huang served as assistant director of the Graduate Diploma Program in Administration and Sports Administration at the John Molson School of Business (JMSB).

She took on the role of associate director of Co-op in 2006 and remained in the position until her retirement in spring 2017.

“Chen led by example,” says long-time colleague and Co-op program coordinator Frederick Francis, who began working with Huang while she was still at JMSB.

“She was a hands-on manager and somebody people would always go to first, regardless of the problem. She could win anyone over, that was just her personality and style.”

‘Chen made a mark on every single person she worked with’

Huang has been described as a tenacious and committed leader, and an indispensable mentor both at JMSB and Co-op. She helped shape both programs through her profound belief in experiential learning.

Nadine Benjamin, senior coordinator at Co-op, was on the hiring committee that interviewed Huang for the position of associate director over a decade ago. She remembers vividly how clear it was to her that Huang was special.

“Once she left the room we said, ‘Finally, we’ve found the right person for the job.’ And she never disappointed. She was exceptional. Her loss has created a void.”

Chen had a profound effect on those around her, adds Francis.

“We often talk about that one professor or teacher who influenced us and led us towards a certain path. Chen was hands down this kind of person,” he says.

“When you stop to think of all the people she influenced, it’s astounding. I have a 100 per cent certainty she made a mark on every single person she ever worked with — student, staff or faculty.”

Huang won the Lina Lipscombe Staff Award in 2013, given annually to a staff member for an outstanding contribution to student life or services at the university.

She regularly went above and beyond the call of duty by offering workshops and teaching English as a second language to students needing assistance and members of the James Bay Cree Nations.

“She was so modest, but her receiving that award came as no surprise,” says Francis. “I can’t think of anyone more committed or beloved within the university than Chen.”

Upon her retirement Huang established the Experiential Learning Award of Excellence in ENCS, which recognizes an outstanding Co-op student in engineering who advocates experiential learning and has acted as an ambassador for Concordia.

It was awarded for the first time this May to computer science student Mathieu Breault.

“She contributed to the university on a regular basis because she believed so strongly in education, so her creating something like that upon her departure was just naturally Chen,” says Benjamin.

“We're losing a true Concordian; she loved this place and always had it in her heart.”

Much more than a colleague

When the Co-op team learned of her illness this March, they temporarily shut down the office as people were so distraught.

“It is devastating and I'm going to miss her so much. She was a colleague, but much more than that. She was a friend and confidant,” says Benjamin.

“She knew and was liked by everyone, not just at Co-op but across the university. I felt like just mentioning her name could instantly conjure positivity. She was loved.”

After learning about her condition, the Co-op team decided as a unit to reach out to people Huang had worked with or known over the years for letters of support. The outpouring was enormous, with so many people contributing that it became a book filled with personal poems and well wishes.

“She had a unique quality that permeated no matter where she went, always leaving a positive impression,” says Francis.

“If you read that book you get a true snapshot of just how amazing a person she was.”

The Concordia community is invited to attend a memorial for Chen Feng Huang at the Loyola Chapel this Friday, July 13, from 2 to 4 p.m.