The smell of coffee can trigger caffeine cravings. And seeing the dessert tray at a restaurant can prompt an order, even after eating a huge dinner. But what if these temptations could be resisted?

In a recently published paper in Cerebral Cortex, a team led by psychology professors Nadia Chaudhri and Andrew Chapman from Concordia’s Faculty of Arts and Science demonstrates how stimulation of the brain’s infralimbic cortex can inhibit responses to environmental cues that predict sugar.

The infralimbic cortex is a part of the brain that is important for extinction.

While the word extinction might conjure up mental images of dinosaurs and dodo birds, it also refers to the psychological process that mediates our ability to stop reacting to environmental cues that no longer predict desirable events.

In the study, Chaudhri’s team tested the hypothesis that extinction memory — our ability to recall that a cue is no longer followed by an expected event — is formed and stored in the infralimbic cortex.

To examine this, Chaudhri and Chapman and four Concordia graduate students used optogenetics, a cutting-edge neuroscience technique that allows researchers to insert light-responsive proteins into brain cells and then selectively activate those cells using light.

“We investigated brain mechanisms that mediate our capacity to stop responding to cues that predict desirable events, at times when those desirable events no longer occur,” says Chaudhri. “These neural processes are vital for flexible, adaptive behaviour in the face of changing circumstances.” 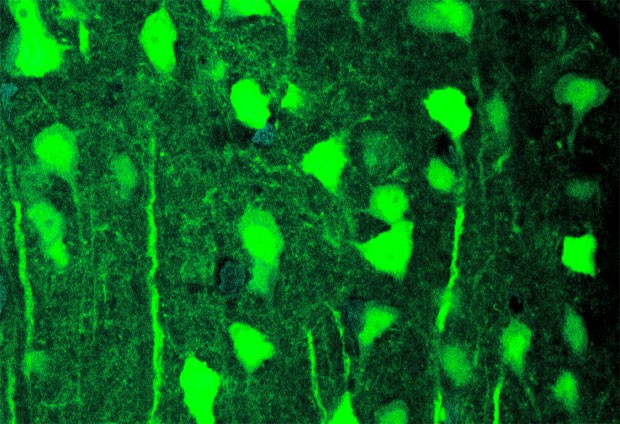 The researchers used an animal model of extinction in which rats were trained to associate a short burst of white noise with a sugary liquid. Once the rats had learned that the white noise predicted sugar, extinction training was implemented in which the noise was presented over and over again without sugar.

The researchers noted that rats eventually learned to stop responding. But when the rats were again given a small drop of sugar followed by presentations of the noise, they quickly went back to reacting as though it once again signalled the availability of sugar.

So, using optogenetics, the researchers selectively activated the infralimbic cortex during presentations of the noise after the rats received a drop of sugar.

This technique allowed them to amplify the activity of neurons in the infralimbic cortex during cue presentations — potentially the same neurons that store the memory that the white noise cue no longer predicts sugar.

Chaudhri's research team discovered that activating the infralimbic cortex reduced the return of responding to the cue that had been triggered by the drop of sugar. It was as though they had reactivated the memory acquired during extinction, that the white noise no longer signaled sugar.

‘It’s about having control over actions and reactions’

“For us, making this discovery is quite significant,” Chaudhri says. “It suggests that this particular part of the cortex is a critical player in our ability to inhibit responses to cues that predict desirable things, like sugar, an area of research that has been underexplored until now.

“This research paves the way for future work to identify new pharmaceutical treatments that could amplify the ability of infralimbic neurons to inhibit responding to cues. It’s about having control over actions and reactions.”

Extinction is a fundamental psychological process that happens in many different organisms, ranging from worms to mice to rats to humans. Chaudhri explains that her team’s discovery-driven research has helped to advance scientific knowledge of this critical process, while also having implications for human disorders like drug addiction.

She also notes that this research may apply to people suffering from post-traumatic stress disorder, who would gain from being able to stop responding to triggers of their trauma.

This work was made possible, in part, by the Facilities Optimization Program supported by Concordia’s Office of the Vice-President, Research and Graduate Studies, the Federal Research Support Fund, and grants from the Natural Sciences and Engineering Research Council and the Canada Foundation for Innovation.