Is your tablet a risk to hospital care? 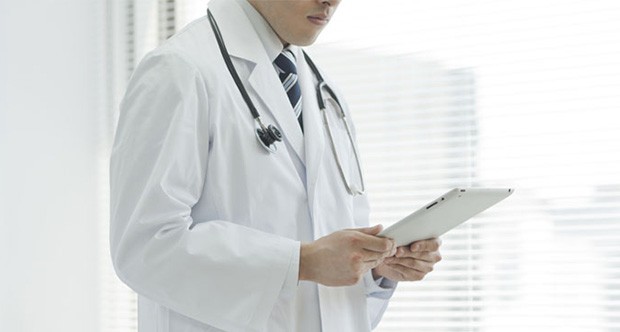 Thousands of patients die each year in hospitals across North America due to medical errors that could be prevented were doctors and nurses provided with instant access to patient records via wireless technology. Cue the Catch-22: the electromagnetic radiation caused by those very devices can interfere with electronic medical equipment and thus lead to serious clinical consequences for patients.

Luckily, that could soon change thanks to new research from Concordia University that helps define a clear rule of thumb for how close health-care workers with their Wi-Fi devices can be to electronic medical equipment.

In a study published recently in IEEE Transactions on Electromagnetic Compatibility, researchers from the Faculty of Engineering and Computer Science assessed the risk that a medical device will malfunction when radio waves that emanate from portable devices like tablet computers are present in a hospital room.

“We wanted to see whether this policy really affects the risk of electromagnetic interference,” says the study’s lead author Mehdi Ardavan, who recently completed his PhD in Electrical Engineering. “But there were two main obstacles: one was the high cost of determining and computing the electromagnetic field strength; the second was the lack of any study on how the medical staff carrying the wireless devices move around a patient’s bed.”

So Ardavan and his colleagues combined existing methods to develop a tool to estimate the likelihood that a particular field would affect a given medical device. The researchers combined this method with a new mathematical model to account for the roaming nature of the transmitters, given that hospital staff are almost always on their feet.

“We found that MSD policy really does work. If hospital staff comply fully with the policy, they can have a tablet in the same room as the patient and medical equipment without posing a danger,” says Ardavan.

It’s only when hospital staff become lax with the rules that issues occur. “We observed that the risk reduces rapidly by increasing the MSD from zero to a small value. After that, the risk doesn’t decrease when you increase the MSD beyond a level that we call the optimal MSD. This indicates that specifying larger minimum separation distances doesn't necessarily increase safety.”

For Christopher Trueman, senior author and professor in the Department of Electrical and Computer Engineering, the message is clear. “Hospitals need to be vigilant that staff members obey the MSD rule. The nature of the problem is that there can never be zero risk, but by complying with MSD, the risk can be reduced to a low enough value that it's very unlikely there will be interference.”

The bottom line: keep your wireless device further than arm’s length from medical equipment and the risk of interference is very small.

Find out more about current research in the Faculty of Engineering and Computer Science.