How to Identify and Overcome 'Imposter Syndrome'

“I thought that all of my fellow grad students were more together, [...] more articulate, less doubtful. I felt like I’d somehow fooled everyone into thinking I was qualified to get into graduate school, and couldn’t shake the anxiety that someone would ultimately figure out the error. When something good would happen– a grant, or an award– I subconsciously chalked it up to luck, rather than merit.”

What ecologist and biogeographer Jacquelyn Gill describes here is a classic case of imposter syndrome, defined by Caltech's Counseling Center as "a collection of feelings of inadequacy that persist even in face of information that indicates that the opposite is true.”

Sound like you? You’re not alone. The phrase has been around since the 70s, according to Assistant Professor Alyssa Westring (writing on the phenomenon for Inside Higher Ed). It was originally used “to describe successful women who felt like ‘phonies”’ despite evidence of their intelligence and accomplishments.” It’s important to note that anyone can harbour these thoughts patterns - although women tend to be more susceptible, according to economist Kate Bahn, who wrote about imposter syndrome for Chronicle.

If you’re experiencing imposter syndrome, here are some possible avenues to pursue: 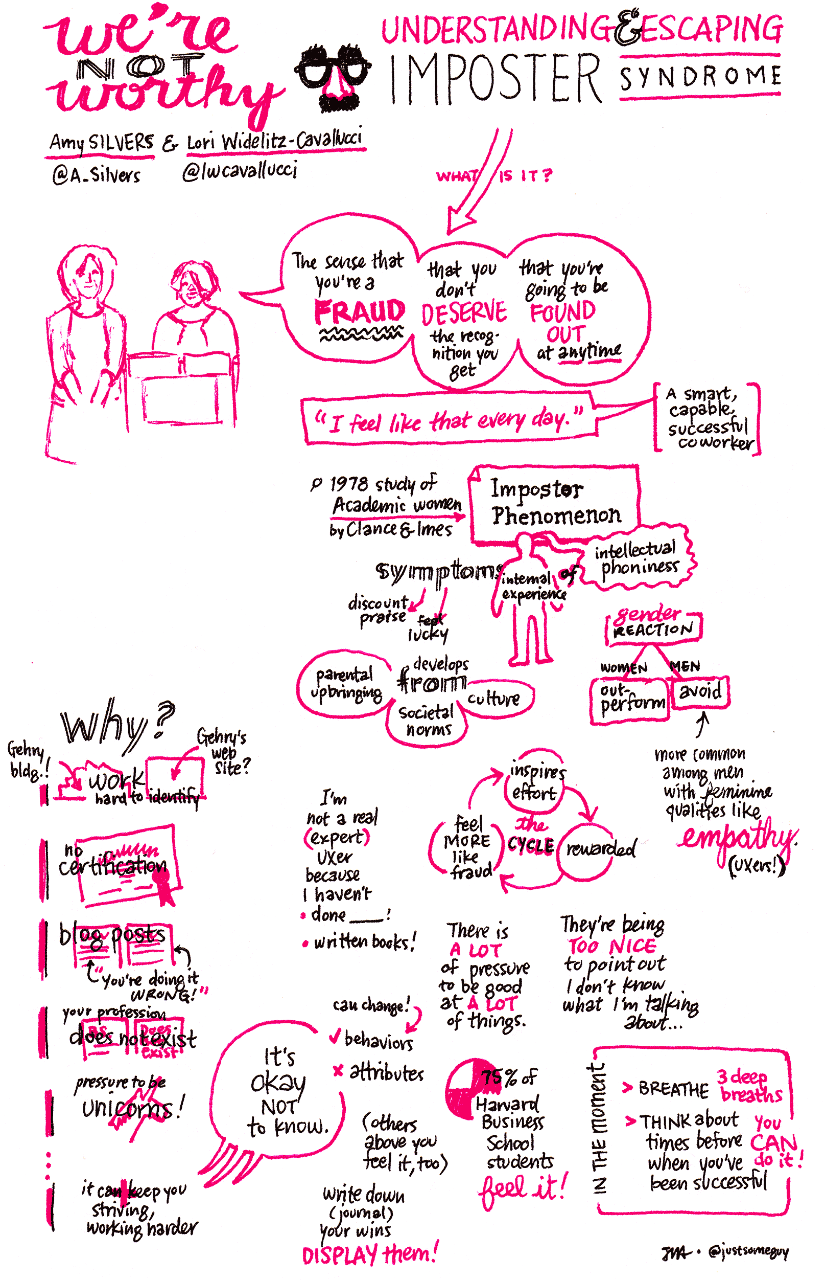