A GradProSkills Lifer on What Makes the Program so Special 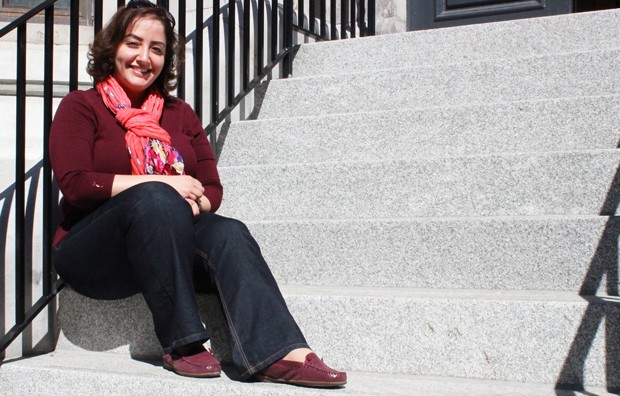 Racha Cheikh-Ibrahim describes herself as a “true Concordian,” since she has spent her entire academic career - from her undergrad to her PhD - at the university. She’s also not far from becoming a GradProSkills lifer: Racha has completed over 60 GradProSkills workshops in her time at Concordia, and had worked as both an ambassador and a workshop assistant. Racha agreed to tell us a bit about what makes GradProSkills so important, and what the program means to her.

How she first heard about GradProSkills:

Although Racha remembers getting emails from the Graduate Program Assistant in her department about GradProSkills, it was her supervisor, Professor Justin Powlowski, who encouraged her to attend a workshop in 2012 Since then, Racha has completed over 60 workshops in all 10 skill domains. “After the first two or three workshops, you’re hooked!” she said.

Why she decided to become an Ambassador:

“[GradProSkills] changed me on a personal, professional, academic, and spiritual level,” Racha explained. She realized the impact attending the workshops had had on her self-confidence and how they had broadened her knowledge, and wanted others to benefit as much as she did.

How she became a Workshop Assistant:

Racha had originally applied to be a Workshop Assistant the year she volunteered as an Ambassador for GradProSkills, in January 2014. She was a “little too last-minute” with her application and put it together quickly, she revealed, and wasn’t hired. The “hook” for Racha, though, was the rejection letter which “had given me tips on how to improve!” Racha said.  During the year, Racha attended the workshops geared towards successful job applications and, the second time around, Racha got the job.

What advice she would give to workshop attendees:

One workshop that stood out for her:

What she loves about GradProSkills:

“I love to see the moment of illumination in people’s faces [at a workshop] - I want to be a part of that,” she says.