A previously unknown species of scorpionfly has been named after paleontology enthusiast Kathy Simpkins
|
By Richard Burnett
Source: University Advancement

School teacher and paleontology enthusiast Kathy Simpkins, BA (comm. studies and creative writing) 82, made history when she unearthed a 53-million-year-old fossil during a field trip in British Columbia.

After finding the specimen, Simpkins showed it to Simon Fraser University and Royal B.C. Museum paleontologist Bruce Archibald when he visited the Princeton and District Museum and Archives Society, in the B.C. Interior, where Simpkins volunteers.

The discovery is more evidence of the prehistoric geographical link between Canada and Russia which was home to another species of scorpionfly.

“I’ve seen many tens of thousands of fossils and very rarely have I seen a find of this kind,” Archibald told The Free Press newspaper based in Fernie, B.C. “I knew right away it was a wonderful thing.”

Simpkins – a retired school teacher who taught deaf children for 27 years – spoke to Concordia about her newfound scientific fame.

Concordia: How did you discover the fossil?

Kathy Simpkins:  I was on a field trip in 2016 with the Princeton Rock and Fossil Club in a prolific area for fossils in B.C. We arrived at the site, everybody fanned out and I randomly turned over a small piece of shale on a rock pile and spotted the fossilized insect wing, which was about two inches square. I did not realize the significance of it at the time, but saved it and shared it with the right person, Dr. Archibald.

What was your reaction when you discovered the importance of this fossil?

KS: It was a real thrill! Dr. Archibald was the first to eyeball it and wrote a paper about it, which was published in The Canadian Entomologist in 2018. When we learned the fossil represents a new species, we were all blown away!

What is like to have a new species named after you?

KS:  That was a complete surprise. After I found the fossil, it took a good 18 months or so for Dr. Archibald’s paper to be researched, written and peer-reviewed. I kept in touch with him but had no idea the species would be named after me until just before his paper came out.

How long have you loved paleontology?

KS:  I have been interested in paleontology as a hobby for more than 30 years. I am also on the volunteer board of directors at the Princeton and District Museum and Archives Society, where I am helping to organize a big fossil collection. They’ve got thousands of fossils in the basement in cardboard boxes. They need to be digitized and placed in shallow museum drawers, which will make them useful for students and researchers.

You were in Communications Studies at Concordia, but became a teacher.

KS: Working with deaf kids is all about communication, connecting words to things and thoughts, using sign language or English. I do not see my ultimate career path as a departure from my Concordia studies, rather, a result of – albeit in an unexpected way! I retired from teaching about three years ago, after 27 years. 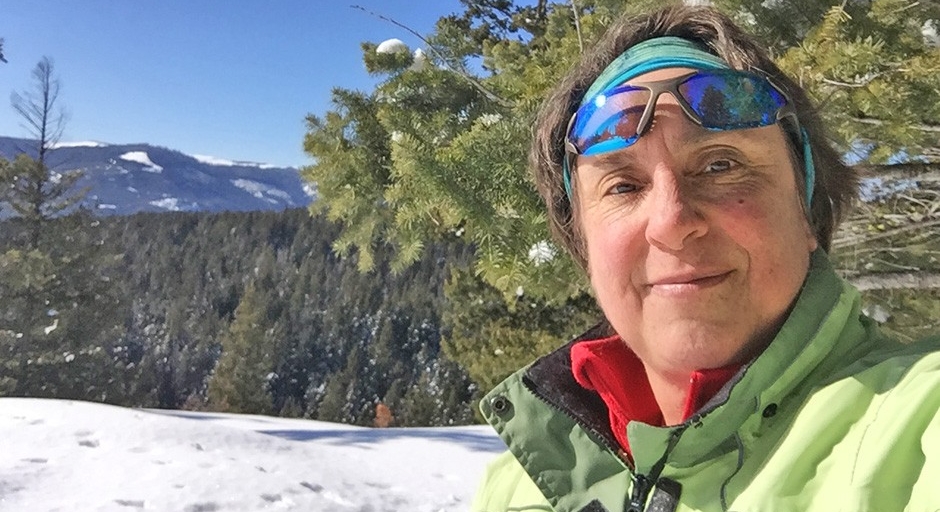 KS:  My time at Concordia was brilliant. I had the good fortune to play on the Stingers women’s hockey team. I played centre and right wing. Admittedly, I was a third- or fourth-string player, but I had a great time. It was a huge privilege to be on that team. The overall experience at Concordia, as well as getting the chance to live in Montreal, was eye-opening for this B.C. girl. It was a tremendous time in my life.