On May 1, the literary festival will honour Rossi's 30-year career
|
By Richard Burnett
Source: Advancement and Alumni Relations 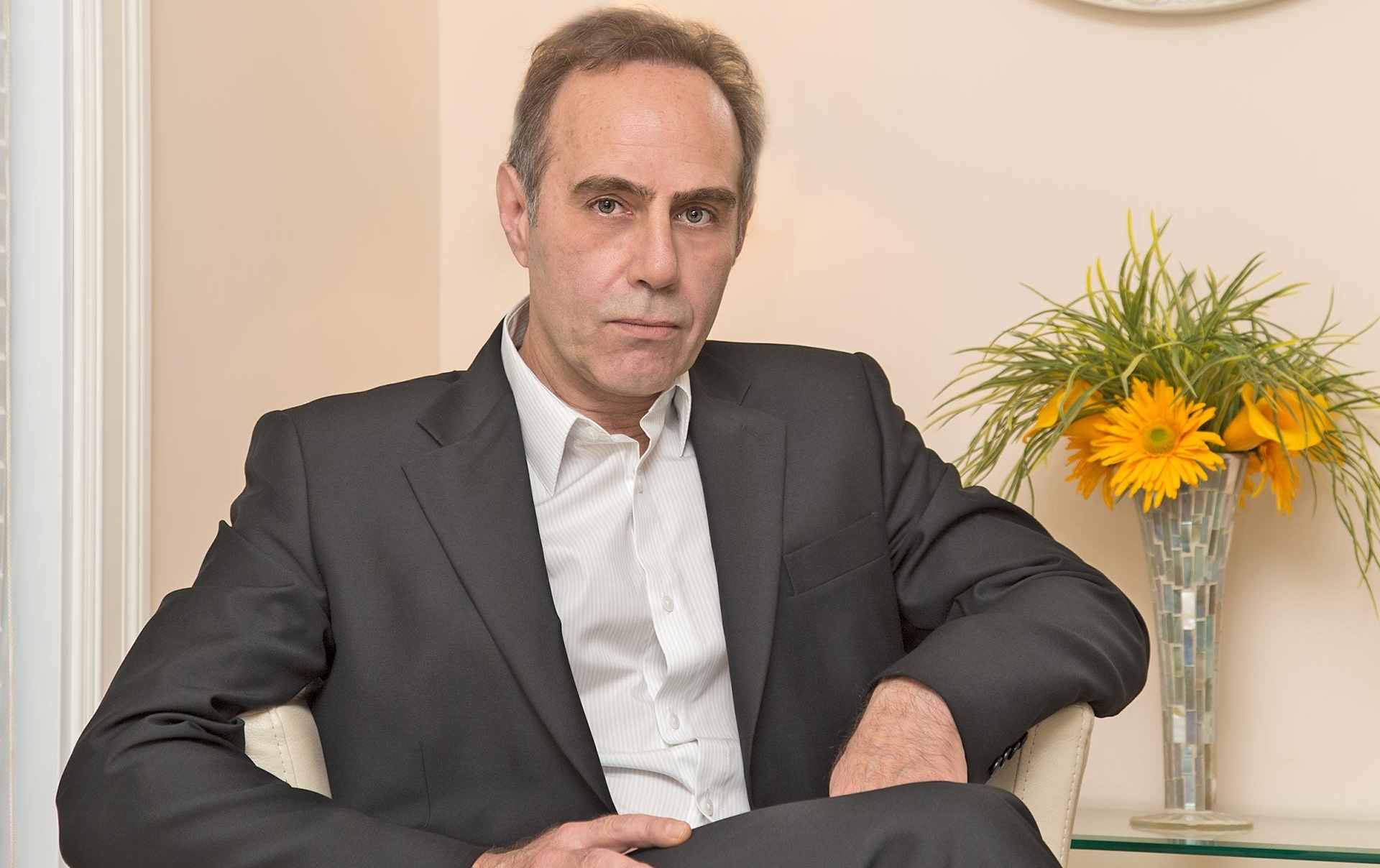 “I am just floored by this. I never thought in a million years that something like this would happen,” says Vittorio Rossi, BFA 85. | Photo: Hera Bel

Hosted by writer Marianne Ackerman on May 1 at the Rialto Theatre, the homage will feature excerpts from a selection of Rossi’s plays read by Montreal actors, as well as video clips of his work as an actor and filmmaker.

A household name in Montreal’s Italian community, Rossi, 58, was born and raised by his working-class family of Italian immigrants in his beloved Ville Émard. Rossi burst onto the scene in 1986 with his one-act play Little Blood Brother which won the Quebec Drama Festival’s best new play award. He wrote his first full-length play, The Chain, while writer-in-residence at the Centaur Theatre.

The Chain broke box office records when it opened the Centaur’s 20th anniversary season in 1988. Rossi has written 14 plays, including Paradise by the River — about the internment of Italians in Canada during World War II — and his acclaimed “A Carpenter’s Trilogy”: Hellfire Pass, Carmela’s Table and The Carpenter.

Rossi recently sat down for a Q&A about his career on the eve of his upcoming tribute, and unveiled his hotly-anticipated new stage productions for 2019-2020.

How did your first full-length play, The Chain, change your life?

Vittorio Rossi: On a personal level it legitimized my career choice for my father because he wasn’t quite sure. When he attended opening night, he told my older sister Maria, “Okay, now I believe. I don’t have to worry about this boy anymore.” That was huge.

On a professional level, what [Centaur co-founder and then-artistic director] Maurice Podbrey did for me — give me a chance by producing my first full-length play — started my career and I’ve never looked back. This play has a big place in my heart.

You are proud of your Italian heritage.

VR: I am the only one in the family born here in Canada but my Italian background is who I am, it’s my culture. It is part of how I communicate, both as a writer and personally. Everything I am was informed by my loving parents and family.

You honour and celebrate the past in your plays.

VR: There is a lot to learn from the past. Our grandparents and parents made sacrifices so you and I could have a better life. And from a dramatist’s point of view, family dynamics offer incredible power for drama. The bulk of Shakespeare’s plays deal with family drama. They may be royal families but it is family nonetheless.

How do you feel when you see a production of one of your plays take flight?

VR: When it works, it’s tremendous. You start off all alone with an idea, and you are alone when you write it at your computer. Then you hand it over, and it’s completely enthralling when a production takes on a life of its own. There is no feeling like it on Earth! Other than eating chocolate, because I love chocolate.

I last saw you act onstage in the 2013 smash hit The St. Leonard Chronicles written by your good friend and fellow Concordia graduate Steve Galluccio, BA 82. Do you still enjoy acting?

VR: I do. I recently completed a big film, the French-language crime drama called Mafia Inc. scheduled to open in theatres in 2019. Whether it’s onstage or in film, I’ve loved acting since I was in Grade 3, thanks to my teacher Ms. Bailey at St. John Bosco School in Ville Émard. She divided the class into groups of five or six, and we had to write skits and build our own props and costumes. Thank goodness my mom was a seamstress!

We directed and performed our skits. My group was shy, and I wanted to impress Ms. Bailey, so I took charge of our group. I remember feeling so alive. Ms. Bailey planted that seed in me, not just for acting, but for storytelling.

In this business, with all the accolades, awards and box office success, does it get easier for an established playwright like you?

VR: No, absolutely not. The creative process I have pretty much under control, but to get stuff produced, it doesn’t get easier. Not in this country. We as Canadians still have a hard time celebrating those in our communities who have succeeded.

I remember when Steve Galluccio got his start, people thought we were rivals, and there was no rivalry at all — ever. I was proud there was another playwright from my culture who was writing plays. We have to support each other. That’s hugely important in theatre because we don’t have the resources to compete with film.

How do you feel about your tribute on May 1?

VR:  I am just floored by this. I never thought in a million years that something like this would happen. Writer Marianne Ackerman pulled this together and I don’t have enough words to describe her generosity, kindness and leadership.

What new projects do you have on the horizon?

VR:  Here is a scoop: There will be a 30th anniversary production of The Chain in September 2019, at the gorgeous Moyse Hall Theatre at McGill University. We are booked for a four-week run with a possible two-week holdover. I will be directing that show.

Then in April 2020, in the same theatre, we will premiere my new play Legacy which is a sequel to The Chain. It is set 30 years later and again challenges family dynamics, this time embroiled in Quebec’s Charbonneau Commission.

How did your time and your studies at Concordia help shape you and your career?

VR:  It informed my career greatly. I met some really good actors who were in my first plays, namely Mark Camacho and John Cuthbert, and Hamish McEwan directed my second one-act play, Backstreets, in 1987. We had a good theatre program back then, and it taught me how to make my way around a stage. The creativity there was immense. Concordia was instrumental in my education as a theatre person.

The Tribute to Vittorio Rossi will be held at Montreal’s Rialto Theatre on May 1 during the Blue Metropolis International Literary Festival, which runs from May 2-5, 2019. For tickets, visit bluemetropolis.org.