For Rudy Kerklaan, it’s all about giving back

“This university is important, and I’m willing to give some time and effort to get people to donate.”
|
By Wayne Larsen
Source: Concordia University Magazine

Rudy Kerklaan, BSc 75, MBA 77, is quick to credit Concordia’s MBA program for the key role it played in his success.

Vancouver-based Kerklaan is currently vice-chairman of Connor, Clark & Lunn Private Capital, an affiliate of the CCL Financial Group, which he and his colleagues built from the ground up to become the largest independent money-management firm in Canada. 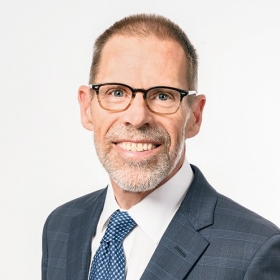 “It’s been pretty amazing for three or four of us to start that company about 35 years ago and watching it continue to grow,” he says. “So I’m now in a position to give back a bit more to the university, and I feel good about doing that.”

Born in Holland, Kerklaan spent most of his early childhood on the move before arriving in Montreal at age 14.

“I did a few years of high school before going to Concordia, which had just recently changed its name.” Sir George Williams University and Loyola College merged to create Concordia in 1974.

Kerklaan’s original ambition was to become a dentist, so he focused his undergraduate studies on the sciences. Yet his career path soon took a sharp turn when he decided to enrol in the MBA program. “Someone told me I’d make more money by going into business,” he recalls.

It was during his MBA studies that Kerklaan made a decision that not only got him noticed but would eventually lead to a momentous job offer: he ran for student office.

“A few students encouraged me to get more involved in the program, so I became president of the MBA Students Association in my second year,” he says. “That was a big turning point for me because I was a relatively quiet, shy person, and that got me involved in politics and interacting with students and professors. It also gave me a much better understanding of how the university worked.”

Enter Jim Beckerleg, MBA 76, who was a year ahead of Kerklaan in the program. He had recently graduated and was now working for Commerce Capital Trust. “Jim was looking for somebody to run their money market desk, and so he asked about Rudy Kerklaan because he remembered that I had been president of the students association at Concordia,” Kerklaan recalls.

“I ended up having an interview with him and his boss, Larry Lunn. My career started in Montreal. Then I came out to Vancouver and helped start Connor, Clark & Lunn Investment Management.”

Kerklaan maintains that it was his involvement in the MBA program that launched him. “I tell people you’ve got to be a bit lucky, but also you’ve got to place yourself to be in a lucky position,” he says.

Later in his career, Kerklaan became engaged with the United Way. He’s now giving back to his alma mater as a volunteer West Coast co-chair of the Campaign for Concordia: Next-Gen. Now. “I feel that this university project is just as important, and I’m willing to give some time and effort to get people to donate,” he says.

“I feel that Concordia is on the cusp of introducing some new initiatives in terms of education and maybe changing the way we’re teaching kids to learn through university. I’m really encouraged by that. That’s what’s behind my involvement here.”