The successful animator cultivated his talent, love of learning and passion for art at Concordia
|
By Molly Hamilton
Source: Advancement and Alumni Relations

Ever wonder how people from past centuries would act in our high-tech, face-paced, modern world?

Creating such strangely fascinating scenarios has become the claim to fame of James Kerr, BA (poli. sci.) 11 — also known as Scorpion Dagger. With more than 51,500 followers on Instagram, Kerr humorously brings Renaissance paintings to life in the form of GIFs. 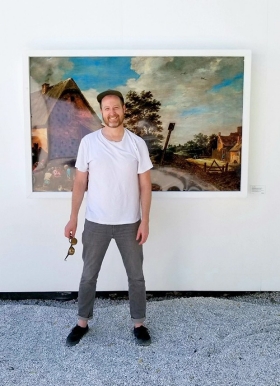 Since 2012, James Kerr has garnered more than 51,500 Instagram followers with his GIF-making abilities as Scorpion Dagger. | Photo: Nicolas Denicourt

A GIF — graphics interchange format — is a computer file format for that compresses and stores visual digital information. It’s also an image or video stored in this format.

Kerr’s GIFs are somewhat like an animated, alternative version of the 2006 movie Night at the Museum, where museum figures came to life after hours. “I want to take the characters on these canvases and explore their world off the canvas ¾ where they go after the museum closes, where they go hang out,” Kerr says.

The figures in Kerr’s GIFs derive mainly from European art from the 14th to 17th centuries. “It’s bridging the time difference by introducing the characters to new technologies and seeing how they react to it,” he says.

What started off as a side project has developed into Kerr’s career. The popularity of his animations has attracted companies such as Gucci, Adult Swim, Amstel and Old Spice. They commission Kerr to create animated advertisements for their products.

“I mainly make money through the commercial work, but it’s all in the style of Scorpion Dagger. Agencies who hire me are looking for the style,” he says.

In 2016, he was asked to contribute animations to Jim Jarmusch’s documentary film Gimme Danger, about the notorious, Iggy Pop-led American punk rock band The Stooges.

Kerr’s time at Concordia proved valuable. As a student, he studied political science and history. “I fell in love with learning at Concordia. I felt really inspired by my professors,” he says. “I just think it’s such a great space.”

Although it may seem like an unlikely trajectory from the social sciences to animation, there were several moments at Concordia that foreshadowed Kerr’s future. “I took an art history course and that’s when I fell in love with Renaissance paintings,” he says.

Also, Kerr was able to meet people at the university who introduced him to the creative world. “All my friends were creative arts or fine arts students. We started an art collective and I started doing collage art and exhibiting. We even owned a gallery at one point on St. Laurent [Blvd.],” he says. 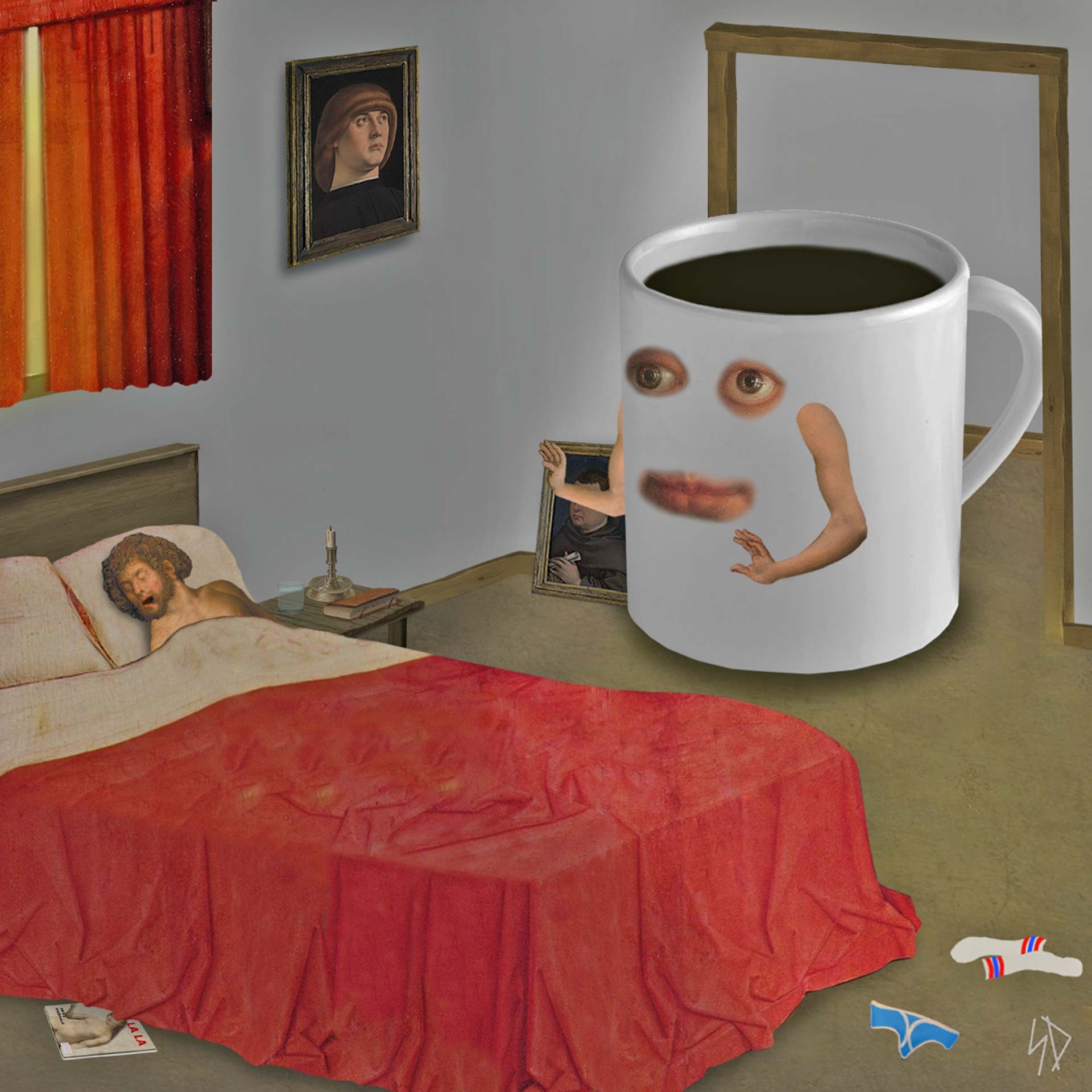 “It was kind of like a gallery-party space where we’d make art and we self-published books and zines. I caught the bug for creating stuff there.”

In 2012, Kerr decided to embark on a mission of posting one animation a day for a full year. “After we all graduated or stopped going to Concordia, we all started growing apart. I really missed making art regularly, so I decided to do this project where I made one animated GIF a day for a year, just to see where it would go from there,” he says.

“It blew up. I kept getting commissions and people wanted to exhibit them. I just never really stopped and it turned into my job from that point on.”

At first, Kerr’s animations didn’t really have a specific theme. “I had no real direction for what I was doing with the animation project besides animating every day,” he says. “But at one point I fell upon these northern Renaissance paintings. I remembered them from an art history class I took at Concordia and how much I loved them. I thought I should use them.”

From that point on, Kerr’s work has largely been Renaissance-themed.

What’s in a name?

Kerr chose “Scorpion Dagger” for his Tumblr website and Instagram handle as an inside joke. “It was never really meant to be a nickname. The name was all just kind of to piss off my friend,” he reveals.

While a student at Concordia, Kerr and several friends worked for a landscape construction company during the summers. One day they decided to come up with nicknames for each other. “I wanted to be called Scorpion Dagger, and they were like, ‘There’s no way we’re calling you Scorpion Dagger,’” he recalls.

“Many years later, one of my friends I landscaped with, Tyson, opened a gallery in Montreal. Whenever I would submit art for the group shows I would always put my name as ‘James Scorpion Dagger Kerr’ on the tag, just to peeve him off a little,” Kerr says.

“So, when I started the GIF project on Tumblr, I thought it would be funny to call it Scorpion Dagger. After all this time people actually call me Scorpion Dagger and I think Tyson isn’t too happy about it.”

The future of Renaissance GIFs

The last six months have been very busy for Kerr, with seemingly non-stop commercial projects, working 12-to-16 hour days, seven days a week. He’s now looking forward to having some space to focus on his Renaissance GIFs.

“I’m really excited that I have some time now so I can concentrate on doing the Scorpion Dagger thing again,” he says.

As well, Kerr just finished all the illustrations and animations for a book, titled Book of Darryl, being co-produced with writers in Vancouver and Australia.

“It’s about this guy, Darryl, who fumbles his way around the world and starts a heavy metal band,” he says. “It’s pretty fun.”

Book of Darryl is set to be released in September 2019.