For the last three years, Concordia music students have benefited from the knowledge, mentorship and financial support of a living legend. Now 80, Canadian jazz drummer Norman Marshall Villeneuve is intent on helping young musicians in more ways than one.

“I never went to a music school or learned how to read music properly, which held me back from doing studio and big band work,” says Villeneuve. “I respect these youngsters and want to help if I can, so they don’t have to go through that.” 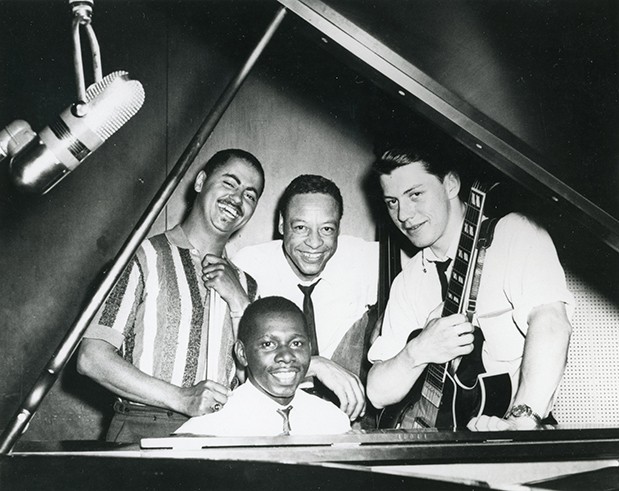 Norman Marshall Villeneuve is seen here on the left next to jazz pianist Oliver Jones, along with bassist Bob Rudd and guitarist Bruce Yates, during a session at CBC Montreal studio, circa 1963. Photo: John Gilmore fonds, Records Management and Archives, Concordia University

Villeneuve created the Norman Marshall Villeneuve Scholarship to encourage and support young musicians. First awarded in 2013 at Humber College in Toronto, the scholarship has gone to Concordia students since 2016.

A player in Canadian jazz history

Villeneuve began his entertainment career in 1946, at age eight, tap dancing and singing at community gatherings. While he danced until he was 20, the drums became his obsession as a teenager. His talent was soon noticed by seasoned musicians.

In 1955, Villeneuve’s cousin, legendary pianist Oliver Jones, invited him to perform on a CBC radio broadcast series. Villeneuve developed a reputation for his crisp chops and went on to perform with dozens of big names in jazz, including Duke Ellington, Curtis Fuller, Nelson Symonds and Charlie Biddle. 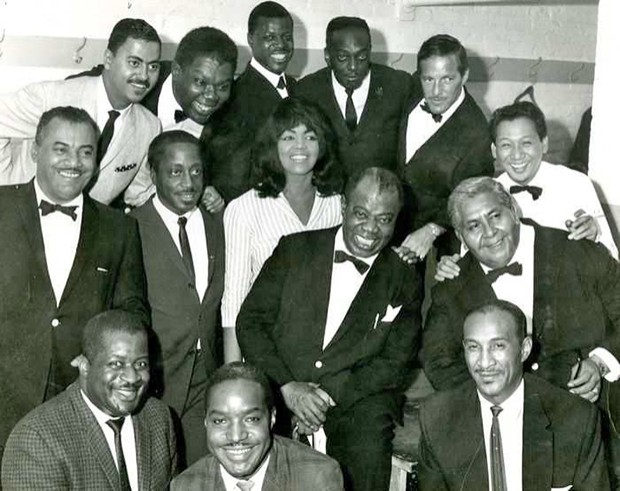 Alto saxophonist Dave Turner, a mainstay of Montreal’s jazz scene since the mid-1970s and lecturer in Concordia’s Department of Music, recalls going to see Villeneuve play when he was just 17. “Norman grew up in the ’40s,” Turner says. “He’s one of the last of a generation of musicians who is still active and still performs.”

Turner invites Villeneuve as a guest speaker each year for his Jazz History course. “I teach the entire history of jazz but I want students to be aware of the history of jazz in Montreal, which goes back to the 1920s,” he says. “Norman has so many stories to tell of people he’s played with and met. He even has a photo of himself and the Rockhead’s Paradise Show Band with Louis Armstrong and His All Stars, taken backstage at the Montreal Forum in 1964.”

Before the dominance of rock and pop music in the late 1950s and early 1960s, Montreal was indeed a jazz city. Live music could be heard in hundreds of smoke-filled restaurants and nightclubs. Top touring acts from south of the border passed through regularly. An abundance of local artists also fuelled the scene. Much of the city’s homegrown talent hailed from a tight-knit community.

“Within a 10-block span there was nothing but great musicians,” says Villeneuve of Montreal’s Little Burgundy and St-Henri neighbourhoods, where he lived. The district spawned musical giants like Oscar Peterson, Oliver Jones and Vic Vogel.

Villeneuve fondly recalls learning piano from Daisy Peterson-Sweeney, Oscar Peterson’s sister, at Union United Church Montreal. Not far away was the legendary Rockhead’s Paradise. The club was on the circuit for touring American musicians and hosted legends such as Louis Armstrong, Ella Fitzgerald, Nina Simone and Dizzy Gillespie. Villeneuve became a member of the Rockhead Show Band from 1961 to 1963. 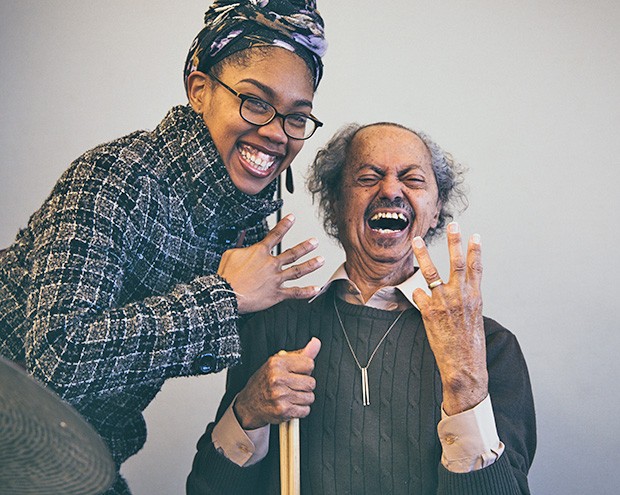 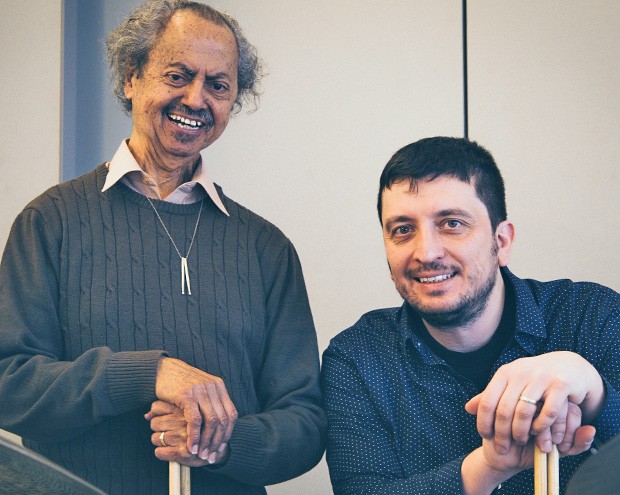 “Montreal Sessions,” a compilation released by Villeneuve in 2017, features live performances he recorded himself while on the bandstand at Rockhead’s Paradise and the Black Bottom. Believed to be the only commercial release of music ever performed at the historic Montreal venues, it was named in CBC Music’s 10 outstanding Canadian jazz albums of 2017.

Throughout his career, Villeneuve gathered a significant personal collection of photos, reel-to-reel and cassette recordings, vinyl albums, jazz books, newspaper clippings, original manuscripts and posters. In 2016, Villeneuve and his wife, Louise, established the Norman Marshall Villeneuve Fonds at Concordia’s Special Collections to hold some of these precious items.

For recipients of the Norman Marshall Villeneuve Scholarship, the financial assistance has been most welcome.

The first Concordia recipient was Anuschka Wright, BFA 16, who can recall a tough period during her studies when she was unsure if she could continue due to financial difficulties. A vocal student, she did not expect to receive a scholarship named for a drummer.

“It was a very happy surprise for me!” Wright says. “I was very grateful. I hope that I’ve since proven myself worthy of it.” She’s now an active performer in Canada and her home country, the Bahamas.

Watch Norman Marshall Villeneuve talk about his gift to Concordia.

This year’s recipient, Stratsimir Dimitrov, a drummer in Concordia’s Jazz Studies Program, also received the scholarship in 2017. A father of three children, he’s grateful for the extra help.

“Financial support is crucial for me,” says Dimitrov. He is equally thankful for the relationship he has since forged with Villeneuve and the wisdom he has gleaned from the veteran drummer.

“We’ve become friends. He’s much more than a superstar drummer — he’s such a nice guy. He told me, ‘You know my car, the beige Toyota? If you see it parked in front of my building, then just come on in and have a coffee!,’” Dimitrov says.

“To be around him and listen to stories of his life and career is really inspiring.”

Villeneuve is happy to make a difference and wants to see others do the same: “The more musicians who can do this for the kids — I hope it just continues on and on. The students need the money and encouragement.”