The art of paying it forward

Alum Rick Leong’s journey from teaching assistant at Concordia to associate professor at the University of Victoria
|
By Ursula Leonowicz
Source: Advancement and Alumni Relations

As of July 1, 2018, the Burnaby, B.C.-born, Victoria-based artist will be the new associate professor in painting and drawing at the University of Victoria as well as the focus of an exhibition at Parisian Laundry, an avant-garde art gallery in Montreal. 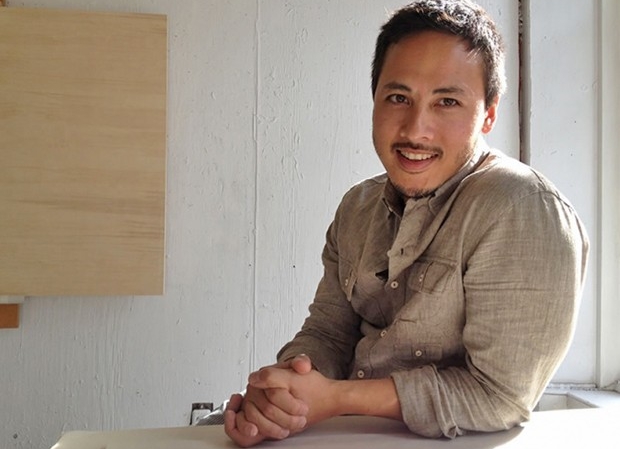 Rick Leong was recently hired as an associate professor of painting and drawing at the University of Victoria and will have an exhibition at Montreal’s Parisian Laundry beginning May 31, 2018.

“What draws me to teaching is the opportunity to do for others what all of my teachers have done for me over the years,” says Leong. His Concordia studies included the opportunity to be a teaching assistant for Elise Bernatchez, MFA 82, PhD 95, and Leopold Plotek, BA 70 — both in the Department of Studio Arts’ painting and drawing program — as well as teach a painting class in his third year.

“It is quite a privilege to be able to guide the next generation of artists in realizing their potential, and doing my best to facilitate their success.”

The exhibit in Montreal, called “The Fourth Pleasure,” opens May 31 and is part of an investigation into the different kinds of visual language in Chinese culture and history that can be co-opted into contemporary painting. It’s one of the many shows Leong has participated in that uses the language of landscape art to explore experiences of space and place.

Leong earned his BFA from the University of Victoria and has held solo exhibitions at a number of galleries, including the Art Gallery of Greater Victoria, the Anna Leonowens Gallery in Halifax and Montreal’s McClure Gallery. He credits his success in part with the direction that Concordia helped provide as well as the university’s focus on community building.

“Coming to Concordia was a very exciting and transformative time for me. Not just because of the many interesting and talented teachers that I had, but because of the instant feeling of community that I felt with the other graduate students,” Leong says.

“Up until that point I had a fairly interdisciplinary approach to making art, and attending the graduate program in painting and drawing specifically encouraged me to focus on developing my painting.”

While he describes all of his courses and seminars at the university as challenging, interesting and informative, there are definitely a few stand out for him, including ones led by painting and drawing faculty Eliza Griffiths, BFA 91, Eleanor Bond and Janet Werner, among others.

“One class that I thought was incredibly useful was when Stéphane Aquin [former faculty and now chief curator at the Smithsonian’s Hirshhorn Museum and Sculpture Garden in Washington, D.C.] took our class around the city to all the relevant galleries and introduced us to their directors personally,” Leong says.

“This was a valuable lesson in developing real relationships with people as a means of creating community.” 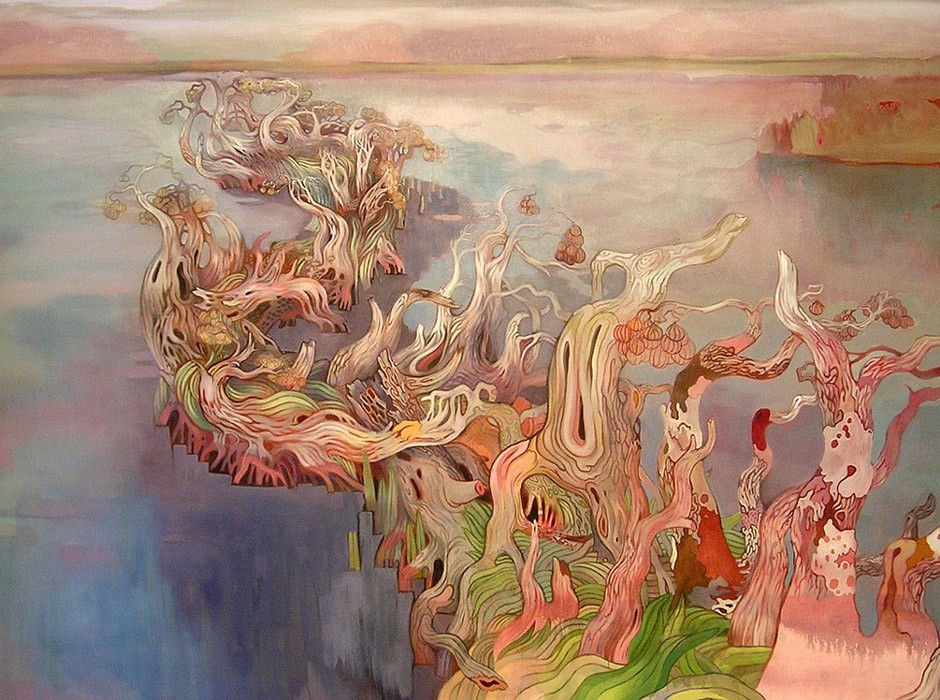 Growing up in a creative household where books, musical instruments and art supplies were all within easy reach, Leong always knew that he was drawn by art. He was already creating murals with his brother by the time he was a teenager, yet it wasn’t until he found himself in a graduate program that he truly zeroed in on what it was that he wanted to accomplish.

“I think that creatives who find themselves in graduate programs usually have some sense of what they want to do, but they are always looking for ways in which to do that better,” he says. “I feel privileged that I was able to find a program that helped me to grow as an artist and a person.”

After years spent painting in his living room while working in a series of dead-end jobs, Leong is eager to share his experience and determination with his own students.

“I feel fortunate that I was able to recognize the importance of that creative drive in my life,” he says. “And I’m grateful for all of my teachers and mentors over the years who have helped me to cultivate that drive.”