Support will establish a Centre for Real Estate in the John Molson School of Business and student bursaries, scholarships
|
By Joseph Leger
Source: Advancement and Alumni Relations

Jonathan and Susan Wener’s relationship to Concordia and to each other began nearly 50 years ago when they were both students at the university.

“Concordia was foundational for me in three ways,” says Jonathan Wener, BComm 71, chairman and chief executive of the property development firm Canderel, and university chancellor since 2015. “It gave me my education, it’s where I met my wife and it’s where I made my first start-up capital and gain in 1975. No institution has had a greater pivotal role in my life.” 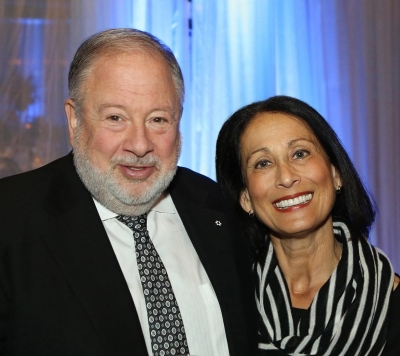 Jonathan and Susan Wener have felt a strong connection to Concordia since the early 1970s and have been long-time volunteers and donors. | Photo credit: Concordia University

His wife Susan Wener, a natural health consultant and best-selling Canadian author, also has a deep connection with the university. “One of the greatest gifts of my life was meeting my husband there,” she says.

“Jon and I have always had a special place for Concordia in our hearts. It’s where we eventually decided to build our lives together and it gave Jon his first start in real estate — it was the foundation of his future and of Canderel.”

Their shared bond with the university, combined with their strong belief in philanthropy and higher education, led to their exceptional $10 million gift, a portion of which will be used to establish a Centre for Real Estate in the John Molson School of Business (JMSB). Part of the funds will be earmarked for student bursaries and scholarships.

“For us, this is a very large and important gift,” says Jonathan Wener. “It’s something we feel very strongly about. JMSB is a top ranking school, not only in Canada but in the world. My feeling has always been to invest in excellence and there a great many areas where Concordia is a leader in the country.”

Concordia Chancellor Jonathan Wener and his wife, Susan, announced their $10 million gift at the Chancellor's Builders Circle and Friends Dinner on November 1, 2017.

Concordia President Alan Shepard says the donation responds to a growing need and he praises the Weners for their longstanding support and guidance.

“Over the past three decades, few people have had a greater impact on Concordia than Jon and Susan Wener,” Shepard says. “Jon is one of our most remarkable supporters and his leadership and guidance have helped transform our university into the next-generation institution it is today. Thanks to Jon and Susan’s generous gift, the Centre for Real Estate will produce cutting-edge education and research that responds to an increasingly complex and fast-paced world.”

Real estate at Concordia and in Montreal

The real estate rental and leasing market is the largest single contributor to Canada’s gross domestic product and is a substantial value creator for the local and national economy. While Montreal has a booming real estate industry, Jonathan Wener believes the city is lagging behind urban centres such as Toronto when it comes to real estate education.

“For several years, Alan Shepard and I have spoken about the importance of having a real estate centre in the JMSB,” Jonathan Wener says. “I felt Montreal was lacking in this area and Alan agreed. There’s a large real estate industry in Montreal and there are many employment opportunities for educated students. I believe it’s very much our responsibility as a university to ensure our students graduate well informed and highly employable.”

Jonathan Wener points out that almost every industry and sector is reliant on real estate, each with its own specific needs. With booming artificial intelligence and gaming industries in Montreal, he says the city is well positioned to address the needs of big technology companies.

“The Amazons of the world are looking to move to places where there are universities and strong technology sectors. This is where we need to invest,” Jonathan Wener says. “We see many manufacturing sectors suffering, but AI, analytics and innovation are critical and growing. Montreal has been very successful in that regard and we need to continue to invest in future generations.”

In September 2017 Jonathan and Susan Wener donated an eight-metre-high kinetic sculpture to the city and Concordia for Montreal’s 375th and Canada’s 150th anniversaries. Di Octo was created by the acclaimed American artist Anthony Howe.

The exact form the Centre for Real Estate will take is still in development, yet it will provide interdisciplinary and comprehensive real estate education that emphasizes innovation and sustainability. The centre will leverage existing programs in all of Concordia’s faculties, including Urban Planning and Geography, Engineering, Design and many others, to promote cross-cutting research that expands theoretical knowledge and advances practical solutions in real estate.

“Concordia has many elements that are required in real estate across our four faculties and in the fundamentals that are taught in the JMSB,” Jonathan Wener says. “What needs to happen is to apply the cross-fertilization of knowledge to real estate doctrines and vocabulary.”

The centre will expand on the current JMSB curriculum and introduce a Specialization in Real Estate. The centre will also organize live speaker events, conferences and case competitions. One idea under discussion is to give select students the opportunity to manage a Real Estate Investment Trust, similar to students in the existing Kenneth Woods Portfolio Management Program and Van Berkom Investment Management Program.

“A lot of students have shown tremendous interest in real estate,” Jonathan Wener says. “And we’ve met with the professors who are working to move this program forward and consulted with a number of industry professionals who are keen to see the program underway.” 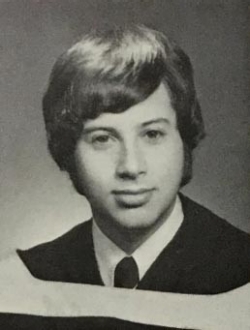 Sharing and giving back are central to Susan and Jonathan Wener’s lives.

“We’ve been so fortunate and lucky,” Susan Wener says. “We both have a fundamental belief that we have not just a responsibility but an obligation to give back to others. We don’t live life just for ourselves — we live this life for one another and that’s what gives life true meaning. There’s an old African proverb that says, ‘If you want to go fast, go alone. But if you want to go far, go together.’”

It’s a responsibility they take seriously and it extends far beyond financial support. Jonathan and Susan Wener are actively involved in several causes and organizations, both in leadership roles and as advisors.

In 1989, Jonathan Wener launched Défi Corporatif Canderel to raise money for cancer research after his wife was diagnosed with the disease. The initiative has raised more than $14 million to date. Susan Wener is a member of the Tumour Board at the Jewish General Hospital, a trustee of the Jewish General Hospital Foundation and a board member of Hope and Cope — an organization that provides supportive and compassionate cancer care.

“The most valuable gift we can give is time,” Jonathan Wener says. “Somebody who can’t give money yet is prepared to provide their assistance, wisdom and guidance to the university — that should not be looked upon as anything less than a magnificent gift.”

Despite their numerous commitments, Susan and Jonathan Wener have never wavered in their support of higher education.

Jonathan Wener has sat on the university’s Board of Governors since 1995 and he played a critical role as chair of the Real Estate Planning Committee from 1996 to 2012 — a period of major expansion that saw the development of Quartier Concordia and construction of the Engineering, Computer Science and Visual Arts Integrated Complex and John Molson Building.

He is also an honorary chair for the Campaign for Concordia. Next-Gen. Now, the university’s bold fundraising initiative with the goal to raise $250 million.

“A university education is so important,” Susan Wener says. “It’s an extraordinary opportunity to open your eyes, ears and your mind to a bigger world than you might have imagined. You learn to listen and ask questions. It’s just a beginning, yet it’s a critical point in learning how to think and experiment.”

Jonathan Wener agrees. “I think university is an opportunity to discover your passion,” he adds. “I always tell students, don’t worry about the money — the money will come. Work on discovering and igniting your passion. Figure out what will make every day a new and wonderful experience so that work isn’t drudgery — it’s exciting and something you look forward to every day.”

He points to the marked decrease in overall government funding for universities in Canada. He says it is up to the private sector to step up and fill in the gap.

“Industries and individuals have to take leadership roles and invest in the future minds and leaders of our country,” he says. “We’re investing in brains to make a difference and ensure the future health and prosperity of Canada.”

“I’ve had the privilege of knowing and working with Jon for over 20 years. The level of commitment and dedication Jon and Susan have shown towards Concordia is extraordinary,” Freedman says. “Besides their generosity of spirit, they have an undeniable passion for this university and they have been among our most ardent and effective champions. The Centre for Real Estate, combined with their many other contributions, will have a profound and lasting impact on Concordia and on our society.”