Alum Esther Choi is co-editor of a new book that examines — and provokes — change in the field of architecture
|
By Matthew Scribner
Source: Advancement and Alumni Relations

There have always been contradictions in the field of architecture, yet now more than ever it’s undergoing even greater changes, according to Esther Choi, MFA (studio arts) 07. 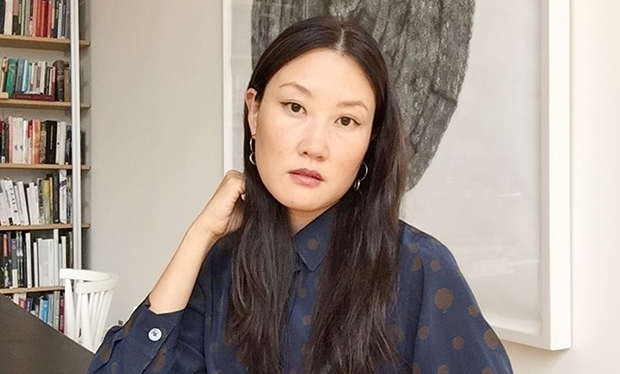 MFA graduate Esther Choi is currently studying for her PhD at Princeton University.

“The discipline is expanding in a lot of ways,” Choi says. “You have some architects working as curators, others thinking about writing as part of their practice, still others experimenting with alternative formats as a conceptual or speculative exercise. There’s an expansion in that sense, but on flipside, there’s a de-materialization of architectural practice as we typically understand it.”

This paradox is behind the double entendre that forms the title of Architecture is All Over, a new book co-edited by Choi.

The book grew out of a conference in 2011 co-hosted by Toronto’s OCAD University, where Choi was an assistant professor, and the University of Toronto’s Daniels Faculty of Architecture, Landscape and Design.

“We compiled a gradient of responses, techniques and strategies” from the conference participants, Choi says. These formed the basis for the book. “It was important to us to have a mix of emerging and established practitioners and scholars.”

The book chapters are certainly varied. “One of our contributors, Sandi Hilal, an architect, wrote a play about her negotiations working in the Fawwar refugee camp in the West Bank,” Choi says. “The actual architectural work is not only that of the physicality of the plaza that was built, but the mediations that took place and the social engagement that she was embedded in.”

Interdisciplinary work comes easily to Choi. She began her MFA at Concordia in 2004 with the intention of becoming a photo-based installation artist. Yet she realized that she was more interested in how research, history and theory informed her work.

“As an artist, I learned that making is an extension of intellectual activity,” Choi says. Under the encouragement of Geneviève Cadieux, her photography professor at Concordia, Choi nurtured her burgeoning interest in architecture and then headed to Harvard Graduate School of Design in Cambridge, Mass., to pursue a master’s degree in architectural history and theory. 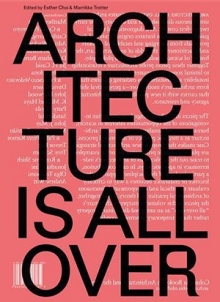 Architecture Is All Over, co-edited by Choi, aims to bring together a variety of voices discussing the changes in the field of architecture. Photo: Columbia University Press

It was there that she met Marrikka Trotter, now a faculty member at the Southern California Institute of Architecture in Los Angeles and the co-editor of Architecture is All Over and Architecture at the Edge of Everything Else (MIT Press, 2010), a previous collaboration with Choi.

Soon after graduating from Harvard, Choi accepted a teaching position in the Departments of Photography and Criticism and Curatorial Practice at OCAD University in Toronto. Earning tenure there allowed her to spend the fall and winter terms at the School of Architecture at Princeton University in New Jersey to complete her PhD.

Right now, Choi is focusing on publishing. In addition to her doctoral dissertation, she has two book manuscripts of design-based cultural criticism on the go, focused on contemporary issues pertaining to environmentalism and activism. Yet she still enjoys teaching and often gives talks at various museums and universities.

“My goal is to teach people how to learn,” Choi says. “I’ve always abided by the advice to follow your curiosity; it will never let you down.”

The importance of having clear, projective strategies to deal with issues is a focus of Choi’s work, both in publishing and teaching.

“Every contribution that we have included in Architecture is All Over incorporates a proposal to move forward,” Choi says. “We aren’t interested in simply negational criticism.”

Having a strategy to create change is crucial for Choi because she believes that students and graduates have a duty to serve the community and the public good.

“I think that students, and people in general, need to be more value-driven,” Choi says. “What ethics are steering your pursuits, both personally and professionally?”

Architecture is All Over was released in September 2017. It can be purchased directly from its publisher, Columbia University Press, and in bookstores.