What’s the environmental impact of our routines?

Our love of food and travel has a cost
|
By Maeve Haldane
Source: Concordia University Magazine

It’s hard to avoid: from travelling to work to buying food to watching TV, we inexorably reduce or damage our planet’s limited resources.

Using these raw materials responsibly and sustainably appears so dauntingly complex that Raymond Paquin, associate professor in Concordia’s Department of Management, has been called “Dr. Doom” for asking tough questions to his students on their first day of class. “I say to them, ‘This is when I tell you how we’re going to hell in a handbasket and I spend the rest of my course talking about how we’re going to get out of it,’” Paquin says. 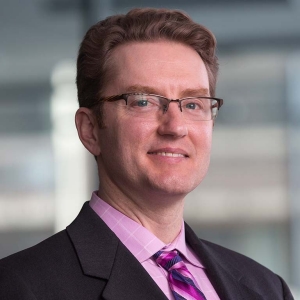 Raymond Paquin, associate professor in the Department of Management and Principal of the Loyola College for Diversity and Sustainability, practices what he preaches: he bikes to work frequently and loves how bike paths are sometimes cleared of snow even before streets are.

Hired explicitly by the John Molson School of Business to focus on sustainability in business — a rare move nine years ago — Paquin is now also principal of the Loyola College for Diversity and Sustainability.

At Concordia there are many people who tackle sustainability issues by reframing questions, thinking broadly and deeply, being skeptical and finding hope.

In 1987, the United Nations World Commission on Environment and Development put out the Brundtland Report, which presented sustainable development as heeding the three pillars of environmental, social and economic needs. Using its suggestions, we can begin to balance the needs of the present with the needs of the future generation currently gnawing on eco-friendly rubber giraffes. We need global initiatives such as the Paris Accord and small quotidian actions such as recycling.

The challenge for the modern world is to figure out how to keep most carbonbased fuels in the ground while building resilient economies and well-balanced societies. In addition to the climate crisis, “We’re returning to inequality rates that make today look like the gilded-age of robber barons at the turn of the 20th century,” Paquin says. “What does that mean for societal stability?”

And what about the parts of the world where large swathes of people live crushingly below the poverty level? This requires serious reworking. “Who among us is going to turn off their phones and computers and heat so others can keep getting Netflix?” wonders Paquin. “How do we tell developing countries you can’t industrialize and raise the quality of life for your population because we want to keep our air conditioning in the summer?”

Kregg Hetherington, associate professor in the Department of Sociology and Anthropology, prefers not to use the word “sustainable” because he sees nothing sustainable about our practices now. He says it’s an economic term that doesn’t apply well to environmental matters.

“You have to think more radically about how to change, whether it’s in food systems or transportation systems, or general energy consumption systems,” he says. Scale back first, then figure out the route. 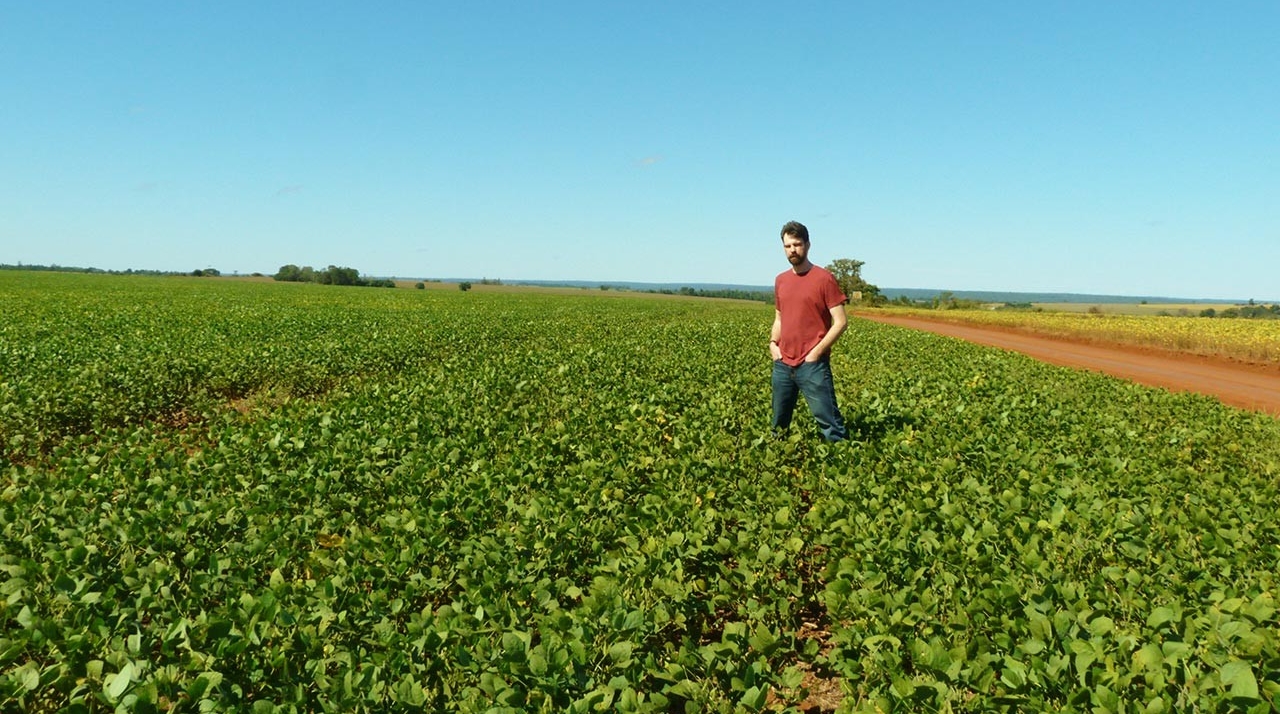 Kregg Hetherington, associate professor in the Department of Sociology and Anthropology, is pictured on land that was once a forest reserve but was bulldozed in the late 1990s to make room for soy crops. He believes that despite the challenges, life will find a way to prevail. For instance, “these funguses that attack soybeans have these weird ways of living and surviving despite all of the impressive attempts to eradicate them!”

Hetherington researches global agriculture systems, particularly the Paraguay soybean trade and its infrastructure, which has brought him to “Big Ag” monocrop farms and the ports of Rotterdam. Soybean production has boomed since the 1980s — not from love of tofu but because more people are eating meat. And the easiest way to raise meat is in feedlots that force feed animals huge amounts of soybeans. Paraguay exports loads of soybeans to Asia, as well as to Germany and the Netherlands, to feed their dairy cattle.

The industry causes severe land degradation and deforestation, and strains the global infrastructure of transport and silo storage. Hypocritically, soy farmers can claim to use sustainable practices because they rarely operate diesel-burning plows to till the fields — mainly because it is easier to plant soy seed directly on old crops. They can actually earn carbon-offset credits on the global carbon market despite bulldozing forests and spraying chemicals on fields.

Back home in Montreal, Hetherington eats as locally and organically as possible. Still, he worries that the term “organic” succumbs to faddism and only signals self-righteousness and extra disposable income.

“People with less means tend to live in what we’ve come to call ‘food deserts’ in cities, where it’s difficult to access food in general, and certainly good food at a decent price,” he says. “That’s a much bigger problem than the question of, ‘Is the tomato I’m going to eat for lunch organic or not?’ We have to think about how food is distributed through cities and how accessible it is to people.”

Transport is another huge area that threatens sustainability.

Anjali Awasthi, associate professor at Concordia’s Institute for Information Systems Engineering, specializes in transport, how goods and people move through cities. We all want the convenience of home delivery — groceries, books, party supplies — but we don’t want trucks rumbling through our streets.

She studied in France and saw how European companies are exploring methods such as platooning trucks — when vehicles drive closely in a row to use the slipstream for fuel efficiency — and dropping off goods at neighbourhood consignment boxes, which helps city logistics.

Awasthi hoped to see even better advancements in Canada when she arrived. Yet when she realized the Canadian environment is so different than in Europe, her hopes were quickly dashed. Even though Canada has the luxury of space, congestion is still a problem. There’s frequent construction, many intersections, more highway exits and entrances and, in winter, snow blocking the street. “The problems are common, but the reasons associated with them are different,” she says.

Nonetheless, Awasthi lauds how Quebec is moving towards biodiesel and electric or hybrid cars, and finds Montreal’s culture open to innovation. “We are multicultural, we are more open to acceptance of things and have diverse perspectives. Here we’re always seeing ups and downs, so if a new technology comes into the picture we are willing to experiment,” she says.

Montrealers aren’t resistant, she finds. “You’ll see executives all piled up in the same train, and everyone is biking,” Awasthi says. “It doesn’t really matter if you don’t have a car!” 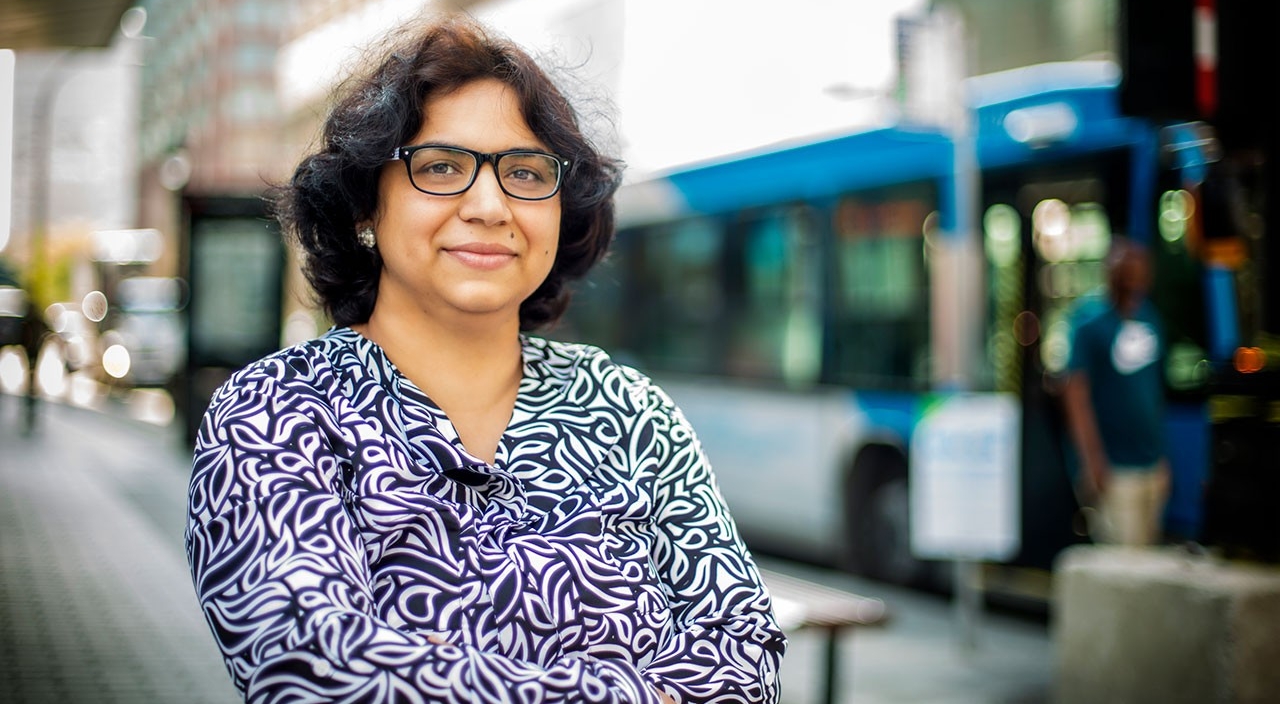 Transport expert Anjali Awasthi is an associate professor at Concordia’s Institute for Information Systems Engineering. “What kind of environmentally friendly fuels or technologies can we put in place so we’re consuming less, polluting less?”

She’s a huge fan of dividing up the usage of automobiles. With initiatives such as Communauto and Car2go, “Quebec is at the forefront of sharing in Canada,” Awasthi says. She also sees more private citizens carsharing their own vehicles. When there are fewer vehicles, cities need fewer parking spaces. Health improves as people walk more and experience less road-rage stress from waiting in traffic jams.

Air flight is another concern. “Plane travel is the single biggest awful thing I do, yet is a critical component of what I do,” Hetherington admits.

Although there are now specific improvements that can increase fuel efficiency easily by 25 per cent to 35 per cent, Paquin is concerned that won’t be enough to keep up with the overall growth of the aviation industry. “So instead of doubling carbon emissions, we’re only going to increase them by maybe 150 per cent,” he says, skeptical about the idea of sustainable aviation.

Hetherington is addressing this by creating a different model for academic conferences. He’s organizing a virtual meeting next year for the Society for Cultural Anthropology. “We’re going to find ways to get people together in different cities across North America and Europe and meet virtually through Skype,” he says. While it can’t fully replace the fertility of face-to-face intellectual exchange, it will be more climate friendly.

With so many large-scale issues, what is there to do? Concordia researchers believe in even small gestures, from composting to bicycling, eating locally produced food, reducing meat consumption, educating kids and just talking to people to raise awareness. Awasthi suggests that schools could engage students through competitions or posters, and create environmental ambassadors who will spread the word as they move through the education system.

Certainly, sharing resources by living in cities goes a long way. Green roofs and urban agriculture are growing in popularity. And Montreal is on the right track by steadily introducing municipal composting.

Hetherington is “very excited about composting.” The value doesn’t only come from reducing the amount of waste that goes into landfills, he says — it also helps people think about “how the city is a living organism.”

Administrative and governmental bodies at all levels should be involved in changing people’s habits, encouraging citizens and industries with, say, tax incentives and rebates, even at the residential level. “If I’m a big contributor to recycling or compost, they should keep track of that,” Awasthi suggests. And penalties, such as taxes for large-scale pollution or waste dumping, can also play a role.

Paquin insists that tax credits work. For home building, he would like policies that “support greener renovations, such as increased insulation and newer technologies for greater efficiency and energy-use reduction.” As well, we still need to train our trades to use newer and more sustainable building materials and methods.

Paquin worries about Quebec’s slow adoption of newer energy technologies. Just across the border in Vermont, for example, household and smallscale solar energy is increasingly taking hold. “There’s no technical reason we couldn’t also be that way in Quebec,” he says. “Until now, it’s been a policy issue, though that is changing.”

How about a rethink of centralized utilities, from telephony to electricity to water? Need we have centralized infrastructure, or might we be better served by smaller, localized systems? Paquin’s been inspired by innovations in developing countries where mobile connectivity has bypassed the need for large-scale wired telephony infrastructure, and has contributed to people connecting in new ways.

Similarly, Paquin’s a fan of the advances in small-scale solar- based energy, bio digesters, water provisioning and other technologies that many remote villages and otherwise unconnected communities are using. These are great low-carbon alternatives to the centralized infrastructures we often see in the more industrialized countries, he says, and have super potential for improving the quality of life in those settings and for exploring new development models.

Since modes of transportation are such a huge part of our economy, Awasthi suggests regulations to create dedicated delivery zones or drop off points, or specific and limited hours for delivery. The same can be done for environmentally friendly vehicles, by adding double-decker buses or introducing vehicles that carry passengers and goods at the same time.

Maybe we could radically rethink how city centres are built, Awasthi muses: “Should work places be created near residential places, so the need to travel is drastically reduced?”

Paquin believes we need more than science to guide us. We also need other disciplines such as humanities, design and art that can help us grasp and communicate these larger issues in different ways. He cites the example of Concordia’s Human Impact Lab’s Climate Change Clock, a digital art installation showing a countdown to global warming levels of plus-1.5 per cent and plus-2 per cent that was projected on the side of the Concordia’s Guy-De Maisonneuve Building in 2016.

With all these good ideas about sustainability, progress is possible. Hetherington remains an optimist. “I’m driven by a kind of amazement in the capacity of both people and other natural entities to do amazing things,” he says. “Making the planet green is not something we should have to think about, not obliged or forced,” Awasthi adds. “It should be part of everyday life.”