What does it take to live a good, healthy life, from childhood to old age? Genetics plays a role, yet knowledge and healthy habits provide a significant boost to one’s quality and lifespan.

The search for that type of knowledge is being carried out at Concordia’s PERFORM Centre, an interdisciplinary research hothouse that opened on the Loyola Campus in 2011. Its mission is to engage the community in practical research and share recipes for lifelong health and wellness.

“Our success is largely due to our ability to link research that spans multiple disciplines,” says Habib Benali, PERFORM Centre’s interim scientific director.

For instance, the research of Jennifer McGrath, associate professor in the Department of Psychology and PERFORM Chair in Childhood Preventive Health and Data Science, focuses on how sleep impacts health and obesity in children.

Other researchers have worked with Les Grands Ballets Canadiens to see the effects of dance and movement therapy on elderly populations, and studied the long-term impact of a fetus’s environment and cardiovascular diseases on the brain.  (See “Top PERFORMers” at right.)

A matter of balance

Does standing on a moving bus become more challenging with age? Using PERFORM’s functional analysis suite for assessing balance and walking, Karen Li, a professor in Concordia’s Department of Psychology, has tested how well subjects can stand on stable and moving platforms. She measures muscle activity and body movements by using motion-capture technology like that used in CGI animation. 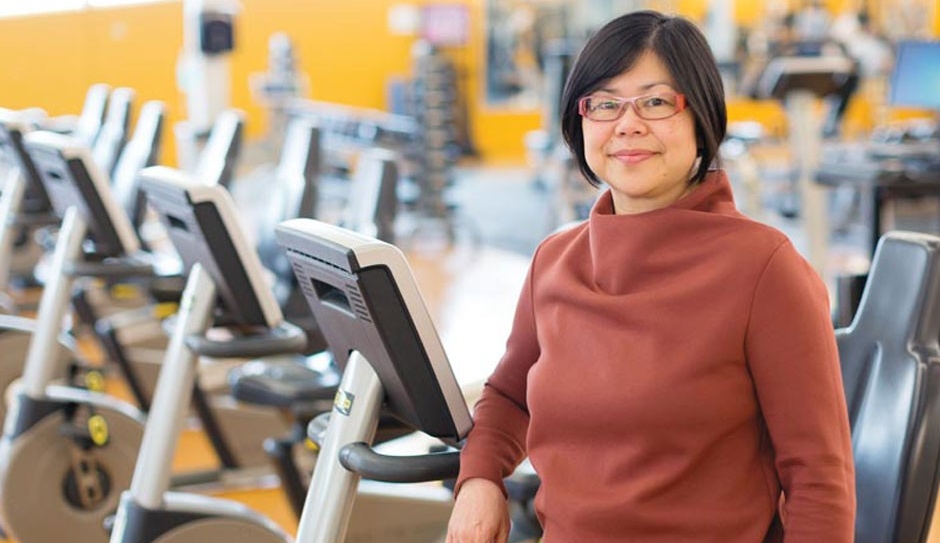 “I’m interested in how well aging adults can manage more than one task at the same time, especially how the ability to multitask plays out in mobility,” explains Karen Li, a professor in Concordia’s Department of Psychology.

Li’s team of undergraduate, graduate and postdoctoral students gave subjects in their 60s and 70s mind-challenging tasks to perform at the same time as physical activities, to see if there are trade-offs between the two. The research showed that, as people age, they need to concentrate more while they are active, to avoid stumbling.

To help combat the issue, Li worked with a group of 42 older adults to develop training strategies that could protect or even expand their brainpower. There is little investigation into the impact of combining mental and physical exercise. She therefore explored how well combined training worked and how to best deliver it: either by doing two things at once — for instance, performing tasks using a computer while riding a stationary bike — or one at a time.

The evidence so far suggests that performing in sequence offers the most benefit, especially improvements in short-term working memory. That’s what we use whenever we acquire, integrate and modify new information, such as when we engage in conversation.

Li also learned that the folks who gain the most from intellectual exercises are those not already doing them on their own. Similarly, physical exercise programs best assist those not already physically active. “This finding is intuitive, but no one else has asked the question and shown these results through research,” she says. “It shows that one program doesn’t fit everyone. Training must be tailored to the individual.”

Her future research plans include using the centre’s MRI scanner and extensive gait- and balance-analysis equipment to investigate whether different training programs lead to changes in the brain itself. “We can pinpoint the aspects of walking or balance that are improved,” she says. “We can then try to tie those in with any brain changes we might observe.”

Suppose we are what we eat, as the old saying suggests. Yet do we actually know what we — or our children — eat? What difference might it make if we do?

Nutrition labels are mandatory in prepackaged foods in Canada, the United States and Europe, and adult consumers who read these labels show better health. However, there has been little investigation into the impact of parents’ knowledge on their children’s wellbeing. “I’m interested in figuring out how our home environments relate to our health and nutrition,” says Lisa Kakinami, assistant professor in the Department of Mathematics and Statistics. 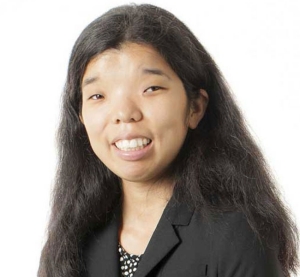 “PERFORM connects me with researchers who have lots of data and want people to help them use it,” says Lisa Kakinami, assistant professor in the Department of Mathematics and Statistics. Her research examines how parents use nutrition labels when buying food for their children.

In a recent study published in the Journal of Nutrition Education and Behavior, Kakinami explores how parents use nutrition labels when buying food for their children, and the relation of parents’ nutrition knowledge to childhood obesity.

Her results showed that parents with good nutrition knowledge generally raised slimmer children, yet correlations between nutrition label use and childhood obesity were relatively weak.

“[There’s a] need for further public health education regarding how to use nutrition labels” — especially as changes to labels are expected soon in Canada and the U.S. — Kakinami’s article concludes.

“There are a lot of gaps in how we measure both nutrition label use and nutrition knowledge. For example, perhaps people who consistently buy certain products don’t check labels because they already know what’s on them” she says. “For people who report not using labels, do they not use them because they don’t know about them or because they buy fresh foods with no labels? It’s only when we start doing research that we realize the limitations of existing data.”

Kakinami is now collaborating with fellow PERFORM researchers Sylvia Santosa and Angela Alberga, along with Department of Psychology professor Carsten Wrosch and McGill University researchers, to investigate how people make up for unhealthy behaviours. For instance, if you eat junk food in the morning, will you be more active in compensating for that, or eat more junk food because you figure you’ve already missed your nutrition objectives for the day?

“By measuring day-to-day behaviours we can learn what impact they have on obesity measures and perhaps even cardiovascular health,” says Kakinami.

We all experience stress sometimes. It can motivate us to finish projects, submit assignments and get things done. “When stress is prolonged and chronic, it has a negative impact on health,” says Department of Psychology associate professor Jean- Philippe Gouin. He holds the Canada Research Chair in Chronic Stress and Health and studies the stress experienced by parents of children with autism. 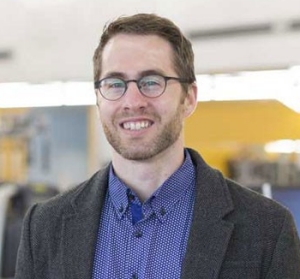 “There are simply not enough resources for health care, so we need to know how we can best allocate them,” says Department of Psychology associate professor Jean-Philippe Gouin, who studies stress in parents of children with autism.

Research shows that parents of children with autism report more stress, depressive symptoms and physical health issues than other parents. “There seems to be something uniquely stressful about parenting a child with autism,” he says.

For a study published in the interdisciplinary journal Family Relations in 2016, Gouin interviewed about 60 parents of children with autism. He measured a host of physiological indicators, including C-reactive protein (CRP) levels, that can predict increased cardiovascular risk. The higher the CRP level, the greater the stress.

To assess if there is direct link between supports and stress levels, Gouin is conducting a five-year study, funded by the Canadian Institutes of Health Research. He is looking at stress in three parent groups — parents of children with autism, of typically developing children and of children with intellectual disabilities — during their child’s transition to adulthood.

While their children are in school, parents of children with autism receive services through educational and healthcare systems. That stops when the children’s school day ends. “This means a gap or loss in services for many months or even years, creating a really difficult situation,” he says. “At the same time, these parents are aging, so their immune systems are becoming less able to cope.”

Gouin will study the impact of this move to adulthood, recruiting around 220 parents for the study just before their children undergo this transition and then following them over time. He will then compare the increased risk that the three groups of parents develop for a range of chronic diseases.

The study has practical ramifications. “There are simply not enough resources for healthcare, so we need to know how we can best allocate them,” says Gouin. “Parents who are facing these issues want resources for their children, so this kind of research will help identify what kind of resources will be most useful, and when.”

While Jason Steffener was conducting research at the PERFORM Centre, he unexpectedly found himself at the centre of a media frenzy. It began when his study into differences between chronological and brain age and their connection to education and physical activity was published in Neurobiology of Aging in 2016. 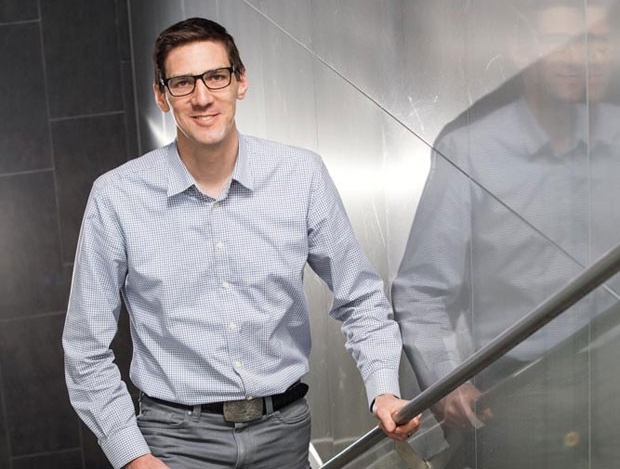 PERFORM researcher member Jason Steffener’s study showed that the more flights of stairs a person climbs, and the more years of school a person completes, the “younger” their brain physically appears.

His conclusion — that levels of education and, surprisingly, flights of stairs climbed daily correlated with brains that seemed younger than their chronological age — was reported in newspapers, TV stations and science blogs around the globe. “I was definitely surprised by the response,” says Steffener. “It was the first time I had done a press release for a paper, but also the first time I had done something that translates to something people can easily understand.”

Before joining Concordia for a two-year position as a researcher, Steffener performed research at Columbia University in New York City. He identified markers for determining whether a brain seemed older or younger than its actual age. “It’s interesting if your brain looks a little younger than your chronological age, but even more interesting if this can be related to something you have done,” he says.

“Until then I had focused on the effect of education on brain aging, finding that higher levels of education were correlated with younger-looking brains,” says Steffener. “At Concordia, inspired by the PERFORM Centre’s focus on exercise and healthy living across the lifespan, I started looking at physical activities reported in this data to see if it had the same relation to brain aging as education did.”

Steffener tracked the impact of walking, running, swimming, playing tennis, gardening and climbing flights of stairs, finding that stair-climbing was the only exercise that showed a truly significant correlation to brain age.

“I wasn’t expecting that. I anticipated that running or swimming would stand out,” he says. “But stair-climbing? That involved a lot of head-scratching.” Steffener has two hypotheses, so far untested. The first: his data drew on people mainly living in downtown settings, who would regularly be going up and down subway or apartment-building stairs. Those who live in suburban bungalows would not have the same demands. However, Steffener didn’t have the necessary information to explore this hypothesis.

The second: “Stair-climbing is a moderate form of physical activity, often just a few minutes at a time, that works muscles and the heart,” he says. “So perhaps it’s a form of mild interval training, taking place throughout the day.”

His inspiration for this study came from the PERFORM Centre. “I saw older people exercising daily at PERFORM, which gave a human aspect to the numbers I was analyzing,” says Steffener, who joined the University of Ottawa’s Psychology Department in September 2016, although he remains a PERFORM researcher member.

“After one Christmas break I chatted with an 82-year-old man who worked out nearly every day, and he complained that a lack of snowfalls over the break meant he didn’t get enough workouts shovelling snow,” he says. “It made me hope — maybe at 82 I can be as robust as that guy, and looking forward to snowstorms.”