It often takes time and a few career pivots to discover what we’re truly passionate about.

Rebecca Reeve, MA (media studies) 07, has had an unconventional path in finding her calling. Her undergrad degree was spread over five years and three institutions. At the age of 23 she was writing speeches for a British Columbia premier, yet decided she didn’t want this to be the final stop in her career.

“Working in the public service was a tremendous opportunity, where I became better acquainted with my province and history, but it also felt rigid and prescribed,” Reeve says. 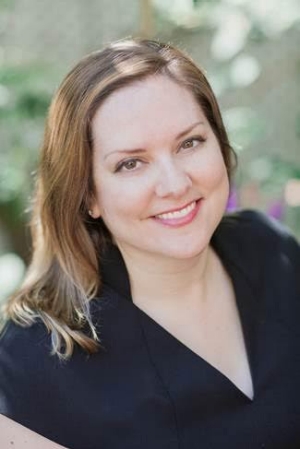 Reeve is founder and principal at the Rsquared Communication PR firm in Silicon Valley. | Photo courtesy of Rebecca Reeve

Now Reeve runs her own public relations firm, Rsquared Communication, in San Francisco, Calif. Three of her five clients are worth over a billion dollars, or what they call “Unicorns” in Silicon Valley.

A change of pace

After two years of writing speeches in Victoria, B.C., Reeve fondly remembered an internship she had done with a tech company in Seattle while working on her undergrad at Washington State University. She decided to swing her writing career to technology and applied to Concordia’s MA in Media Studies program.

It was an introduction to a very different set of ideas and thinking.

“It was challenging in the best way, in the way that helps you grow and expand,” she says. “There were a lot of activists in the program, which is something I hadn’t been exposed to in any significant way in my undergraduate program.”

There was even a classmate who had once occupied the offices of Gordon Campbell — the premier for whom Reeve wrote speeches.

From Montreal to San Francisco

The summer during her master’s studies, the native of Williams Lake, B.C., found a marketing communication internship and apartment on Craigslist and headed for San Francisco, the mecca of techies.

“Once I arrived, I realized I couldn’t even live anywhere else,” she says. “I had an amazing summer working for a software company, and that’s what set my course.”

After graduation in 2007, Reeve applied to a number of public relations firms in San Francisco and received offers across the board. She attributes the reception to the fact she married the latest in PR and technology in her MA thesis.

“I was very clear about my goals for the program, and that was to pivot into the technology industry,” Reeve says. “My advisor, Professor Leslie Regan-Shade, was instrumental to guiding my work. The program absolutely advantaged me in my pursuit to work in tech.”

Reeve’s thesis, “Constant Connectivity in a Wireless Age: The Discursive Promotional Strategies of the BlackBerry,” has influenced the types of clients she’s taken on since founding her firm.

“The focus on the consumerization of the professional was a trend that was really taking off 2005 to ’07, with Blackberry and launch of the iPhone,” she explains. “Many of my clients today are companies building tech that’s used by consumers in the workplace, a combo I find it fascinating.”

Among her clients at Rsquared Communication are tech giants like Slack, which develops software that allows employees to better communicate and share documents with one another, MailChimp, an email marketing service, and Digit, which tracks spending and helps users save money.

Rsquared Communication has nine employees and a second office in Vancouver. Although the company doesn’t currently work with any Canadian clients, they’ve represented Shopify, FreshBooks, Clio and Canadian tech association The C100.

“It’s been seven years and I’ve been very fortunate in the people I’ve met along the way,” Reeve says. “Our clients make products that tens of millions of people use and are leading trends in the workplace and at home.”