At the top of her game

Debra Goldblatt-Sadowski, BA (Eng.) 96, was having one of those really tough weeks at the office last May — the kind that makes you ask yourself if you’re even in the right business — when suddenly a phone call changed everything for her. She was told she’d made PROFIT magazine’s prestigious W100 list, the annual ranking of Canada’s top 100 female entrepreneurs.

“I thought, ‘Yes! I really do know what I’m doing!’” says Goldblatt-Sadowski, president and founder of rock-it promotions. The Toronto-based public relations powerhouse firm handles a wide variety of clients across North America but specializes in the Canadian market. 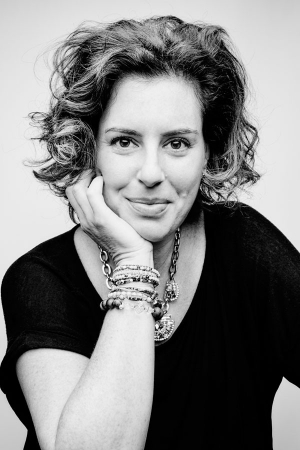 “It was a huge boost for me; it reinforced everything I’d been working for.”

“To put it simply, we help our clients get the word out about their brand via editorial coverage in magazines, television and radio and online,” says Goldblatt-Sadowski. “We educate consumers about what a certain brand or business has to offer and why they are the best in their class.”

She credits her knack for being friendly and outgoing as a primary factor in the success of rock-it promotions. The firm had its modest beginnings in her parents’ spare room back in 2000, when she started out with just a fax machine and a phone book.

Rock-it promotions has grown into a successful business with about 30 employees and an office in downtown Toronto. In addition to the W100 RECOGNITION FOR Goldblatt-Sadowski, in late October Canadian Business and PROFIT PLACED rock-it promotions number 220 on the 28th annual PROFIT 500, the ranking of Canada’s fastest-growing companies.

The firm has worked with A-list actors such as Jane Seymour, Woody Harrelson and Academy Award winner Anthony Hopkins.

“Sir Anthony Hopkins was such a lovely gentleman; he insisted I call him Tony,” she recalls. “I picked him up at his private jet and we had such a great time together. He was so down to earth and professional. I loved the way he treated everyone he met.”

Concordia was a key factor in success
A Toronto native, Goldblatt-Sadowski relocated to Montreal in the early 1990s to pursue a degree in creative writing in Concordia’s Department of English — a move that set her on her career path, although she admits she didn’t know it at the time.

“I have the fondest memories of Concordia and Montreal,” she says. “The creative writing program gave me the tools to start a business and write press releases and media alerts without a PR degree. The rest I learned through trial and error.”

In her program she focused on poetry — the lowercase spelling of rock-it promotions reflects the influence of e.e. cummings — and her tipping point came during a playwriting workshop via one of Canada’s most renowned dramatists.

Tomson Highway was Concordia’s playwright-in-residence at the time. One day he took her aside and said, “You know, kid, you’re a good writer, but I think you like shoes too much. I’m not sure this writing career is for you.”

“It was a good kick in the butt,” Goldblatt-Sadowski recalls with a chuckle. “He recognized something in me that I couldn’t see in myself — or maybe didn’t want to acknowledge — at the time. I thank Tomson all the time whenever I talk about my career path.”

After graduating, she worked as a telephone fundraiser for the Concordia University Alumni Association, where she discovered she was good at talking to people over the phone and negotiating. Yet she was soon back in Toronto to be with her mother, who had been diagnosed with cancer.

It was during this dark period in the late 1990s that she began working at a small PR firm and quickly learned the ropes. “Losing my mom to cancer made me stronger,” Goldblatt-Sadowski says of her determination in early 2000, when she founded rock-it promotions.

“There isn’t much positive that came from her passing, but it did toughen me up. Now, many years later, it’s also made me more sympathetic and hopefully a better leader.”

Now, being named one of Canada’s top 100 female entrepreneurs is Goldblatt-Sadowski’s career highlight so far.

“To be recognized on the business side, based on numbers, by a business publication, was very different from winning other accolades,” she says. “I’m really proud of that, and I feel my mom would be really proud of me, too.”