Patrick Lehman’s album Butchy’s Son up for R&B/Soul Recording of the Year
|
By Salim Valji
Source: Advancement and Alumni Relations

Juno Award nominee Patrick Lehman, BFA 09, wears his heart on his sleeve — literally. A tattoo on the musician’s left arm is of the first Gibson guitar his late father bought at age 16.

Leo “Butch” Lehman kept the guitar the rest of his life, restoring it multiple times. Beneath the guitar on Patrick’s arm is a tattoo of Butch’s signature. 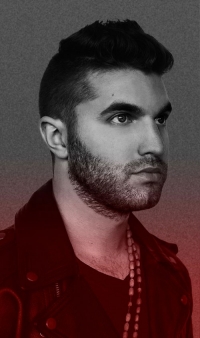 His father’s passing inspired Butchy’s Son, the album nominated for a Juno Award for R&B/Soul Recording of the Year. The Canadian music awards ceremony will be held in Calgary on April 3.

“Before I started work on the album, I had all my songs ready to go, and then my dad passed away,” Lehman says. “I took three songs off the original album and I replaced them with three new songs I’d written about the loss of my father.”

Butchy’s Son is the latest note in a musical career that has taken Lehman around the world. While he’s played shows in Toronto, New York City, London and Amsterdam, one of Lehman’s first gigs was on perhaps the largest stage in local music — the Montreal International Jazz Festival.

“That was the big, open air show and there were 150,000 people,” Lehman says. “Definitely going from that to performing at a club in front of 75 people is a bit different.” 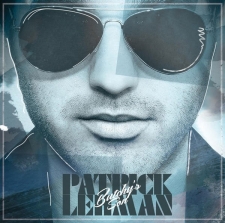 The album Butchy’s Son is the latest note in a musical career that has taken Lehman around the world.

Lehman was 21 when he performed at the jazz festival in 2006, and credits his Concordia music education for the opportunity.

He says his Department of Music professors, especially Jeri Brown, helped provide opportunities for students to “get out there and perform” at live venues including the Upstairs Jazz Bar and Grill in Montreal and Concordia’s Oscar Peterson Concert Hall.

“Whether you were a student musician or you were doing clubs or festivals, they were finding opportunities for us,” Lehman says. “I was doing gigs and shows while I was studying.”

Several years later, Lehman has developed a following worldwide. His biggest international fan base is in Amsterdam, where there is a strong soul and R&B following. One of Lehman’s earlier albums began getting airtime on local radio, and soon he was invited to play shows in the city.

“I got an email about four years ago. An agent over there said that they’d heard my songs on the radio and they wanted me to come over and do a couple of concerts,” Lehman says.

“That started the dialogue, and in 2013 they brought me over to do a couple of festivals and a bunch of television and radio performances.”

While he has adjusted to his international fame, Lehman is still in disbelief that he’s been nominated for an award whose show will feature performances by Bryan Adams, Dean Brody and Shawn Mendes.

“A couple of months ago I was playing at tiny clubs in Montreal, and now I’m going to the Junos,” Lehman says.

Wherever his next notes take him — plans are in the works for more performances in Europe this summer — Lehman will always be Butchy’s Son.

“Butch is not a name you hear very often, and it’s my identity,” Lehman says. “I’m his son. It’s a way to honour him.”