A test of humanity

The Syrian refugee crisis is the largest refugee migration movement to reach European shores since the Second World War. Yet the images and headlines depicting the harrowing accounts of these displaced people only tell part of the story.

The Montreal Institute for Genocide and Human Rights Studies (MIGS), in collaboration with Amnesty International (Canada) and the Canadian Research Institute on Humanitarian Crisis and Aid, organized a panel discussion to explore the situation on a deeper level. The event, called The Syrian Refugee Crisis: Seeking Protection in Dangerous Times, was held in the Alumni Auditorium in Concordia’s Henry F. Hall Building on October 5.

The discussion attracted about 100 faculty, students and members of the public. Their questions prompted further discussion about the plight of Syrian refugees, including Canada’s standing in the crisis and what Concordia and its students can do to ease the tension 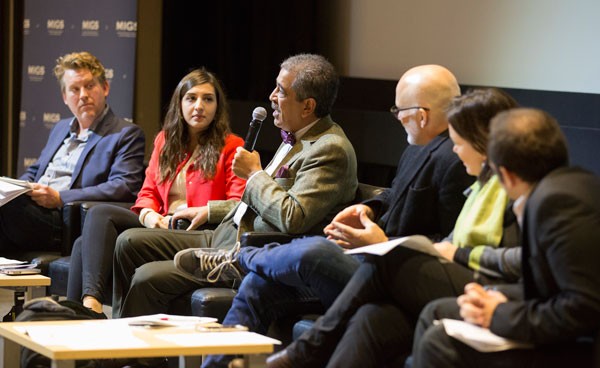 Yaman Alqadri, 22, who arrived in Canada as a refugee in 2012, briefly recounted her harrowing experience of being captured by Syrian regime agents for distributing flyers promoting unity and freedom at Damascus University in 2011.

“The physical pain was incomparable to the psychological agony that I had to endure,” she said of her 23-day detainment. “For the next three weeks spent in that hell, the voices of people being tortured continuously echoed.”

“However, I still consider myself among the lucky survivors. My ordeal does not compare to the stories of systematic rape, large-scale starvation, horrific torture and cold-blooded murder that are inflicted upon so many innocent people in my country to this very day,” she said. 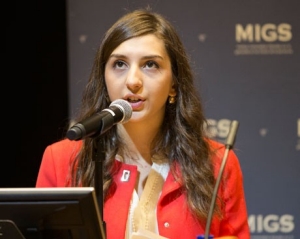 “Even though none of the slogans written in my flyers were directed against [Syrian president Bashar al-] Assad personally, I was seen as a threat to the regime. My friends and I demanded basic human rights. We were calling for freedom, dignity and democracy — our crime was that we dreamed of a better future.”

Alqadri’s words echoed the sentiments expressed by the other panellists, who shared their own insights and opinions on the situation and what they believe is the best course of action.

Mokhtar Lamani, who has been involved in civil service throughout Africa and the Middle East for 35 years, admitted that this is the worst human catastrophe he has ever seen.

“It’s Kafkaesque. The absurdity has no limits in this crisis,” he said. Yet rather than focus solely on the question of how to absorb so many refugees, Lamani believes the only solution is to solve the question of Syria. “I’m sure that all Syrians would like to come back to live if they have the right regime.”

Among other points, Lamani also touched upon the approximately 10 million internally displaced people within Syria’s borders who are often neglected in the narrative of daily news reports.

François Audet, in giving a big picture view of the crisis, proposed a three-pronged approach to dealing with the situation, although he admitted he could not offer a solution. He said that action is needed to help establish a solid leadership; humanitarian aid needs to be increased; and the migration itself needs to be documented to help understand what is actually happening on the ground, in order to make better political decisions.

“There are solutions for Europe, too,” said Béatrice Vaugrante. “But the truth is, at a basic level, there is a total lack of leadership and courage within our governments to respond to the situation.”

“It’s really a test of humanity,” said Vaugrante, referring to how the world must confront the situation. Since 9/11, too many political decisions have been made in the name of security. “Instead of making security choices, we must make humanitarian choices.”

Measures can be taken to create more secure routes for migrants, she suggested. Access to medical aid, visa processing and family unification can all be ramped up.

And although the Canadian government has increased immigration staff to speed up the admission process, Vaugrante said the country needs to do more, starting with a commitment to bring in more than the 10,000 refugees already announced in January.

The panellists encouraged those in attendance to raise their voices, sign petitions to change Canadian policy and raise funds for local organizations to help bring refugees to Canada.

“Whether the international community decides to change course or not on Syria will depend on us, on our activism, on our mobilization,” said Faisal Alazem. “If not, there will be not much left of Syria and it will have all happened in front of our own eyes.”

At the end of the discussion, Concordia provost and vice-president of academic affairs Benoit-Antoine Bacon announced that the university will be sponsoring the education of two students who have been impacted by the Syrian refugee crisis.

“This initiative will be conducted in partnership with the Syrian Kids Foundation [SKF], a Montreal-based non-profit that offers humanitarian relief and social services for Syrian refugees,” Bacon said.

“SKF will cover the living expenses of the students as well as the cost of bringing them to Canada. Concordia will waive tuition as well as other fees after the students enrol in the program of their choice.”