The American Political Science Association recently announced Mona Tajali, PhD 14, as this year’s winner for the best dissertation on women and politics. 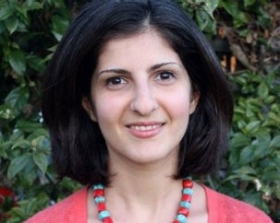 Tajali earned her doctorate from Concordia’s Humanities PhD Program. Her thesis, Demanding a Seat at the Table: Iranian and Turkish Women’s Organizing for Political Representation, looks at the ways women in two different Muslim contexts actively organize and campaign in politics.

Tajali is aware that her work breaks down stereotypes held about women in Muslim countries. “I felt like this was an absent piece in all that we’re writing and all that we’re saying about the Middle East,” she says.

Through her doctorate and upcoming book, Tajali’s work focuses on influential women in Turkey and Iran who are actively taking part in politics — a traditionally male-dominated field in many areas of the world.

Part of Tajali’s process included dissolving her own ideas about women in politics in the Middle East. “I was sitting down and meeting very powerful, very active women who struggle every day in their own ways just like their western sisters do in their own ways,” she says.

The approach Tajali took was one of comparative politics, which, she believes, gives a fuller picture of political complexities. Iran, as a theocracy, organizes itself differently than Turkey, a completely secular state.

In both countries, Tajali saw the progressive attitudes women have toward politics. “I was speaking to very conservative, very religious Islamic women in Iran who were saying women and men should be able to be the Supreme leader,” she says, “and that gender should not play a role in women reaching the highest levels of authority.”

One example of women’s agency in Turkey was the 2013 ruling that allowed women wearing headscarves to work in civil service or government. When Mustafa Kemal Ataturk founded the republic in 1923, he ruled against women wearing headscarves in public service roles. This excluded democratically elected Muslim women from entering parliament, and therefore politics. With the majority of Turkish women wearers of the headscarf, this law had widespread effects. 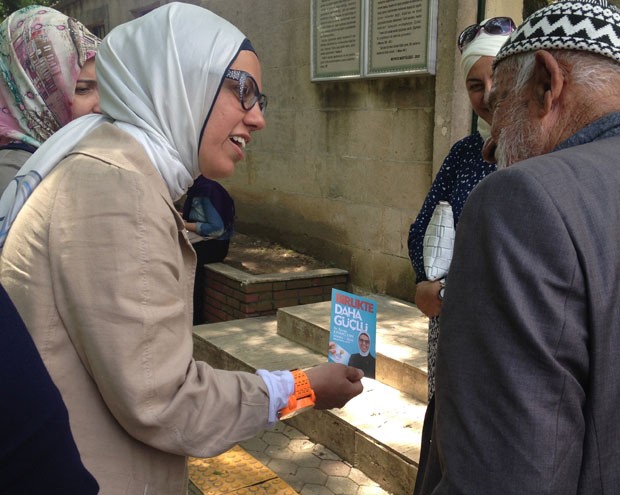 Tajali explains how instead of taking off the headscarf and violating their Muslim beliefs, Turkish women organized, reforming the system to be more democratic by allowing more women to run for office.

For Tajali, a highlight of her work has been the conversations she’s had with female activists in the Middle East. “I had the privilege of actually sitting down with them and hearing their stories, hearing their experiences, how they became interested in politics, how they go about it and I made friends and colleagues throughout,” she says.

Academic research is one way of exposing both the East and the West to the diversity within the different cultures. “I’m hoping that gradually also the westerners will become more and more interested and want to have exchanges with middle easterners,” says Tajali.

The message behind Tajali’s work is clear: women have active roles in politics in the Middle East. “Not only do they not look at themselves as being oppressed, they’re actually demanding to be in leadership positions,” she says.

After Concordia, Tajali headed to the University of Oxford for a postdoctoral research fellowship, now almost complete. She’ll begin a tenure-track position at Agnes Scott College in Atlanta in January 2016 while continuing work on her next book.

Hoodfar says of Tajali’s cross discipline approach, “It’s not easy, but it makes it much more interesting.”

Each of Tajali’s advisors appreciates the multidisciplinary nature of her work, with Hoodfar calling her a “scholar at the service of society.”

“In reality, people don’t live separate lives for politics and their religion and their society. We experience all of these at the same time,” says Hoodfar. “She actually manages to reflect what is happening on the ground and how women perceive their position. The work was very innovative.”

Tajali co-authored Electoral Politics: Making Quotas Work for Women with Hoodfar before completing her award-winning dissertation. “I was very impressed,” says Hoodfar about working with Tajali. “She certainly is an incredible young scholar.”

“I’m very blessed with the academic and intellectual support I had at Concordia,” Tajali says. “The individuals were my mentors then and they’re still my mentors. I’d like to serve the same way that they’ve done.”