Rafael Lozano-Hemmer, BSc (phys. chem.) 89, has played a pivotal role in shaping Canada’s global reputation in media arts. It is in light of his contributions that Lozano-Hemmer was named one of the recipients of a prestigious Governor General’s Award in Visual and Media Arts on March 24. 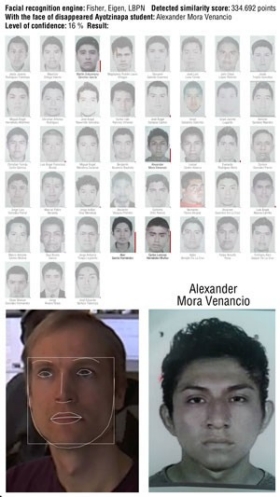 Level of Confidence features pictures of 43 students who disappeared in Mexico in September, along with a comparison of a camera snapshot and its closest match.

Born in Mexico-City, Lozano-Hemmer’s artistic pedigree and his drive for innovation are rivalled by his sense of social responsibility. That combination has shaped his work throughout his distinguished career.

One such example is Lozano-Hemmer’s Level of Confidence (Nivel de Confianza in Spanish).

Lozano-Hemmer developed the piece using a face-recognition camera that was trained with the faces of 43 students from a teacher training college in Ayotzinapa, Mexico, who disappeared in September. The camera used military-level algorithms to find which student’s facial features look most like those of the person standing in front of the camera. The camera gives a “level of confidence” of how accurate the match is.

Although there can never be a perfect match, the exercise is a poetic symbol of the constant search for the 43 disappeared Mexican students.

Level of Confidence will be exhibited at Concordia’s FOFA Gallery from March 27 to April 10 to commemorate the six-month anniversary of the disappearances.

Lozano-Hemmer will receive the Governor General’s Award in Visual and Media Arts in Ottawa on April 8. 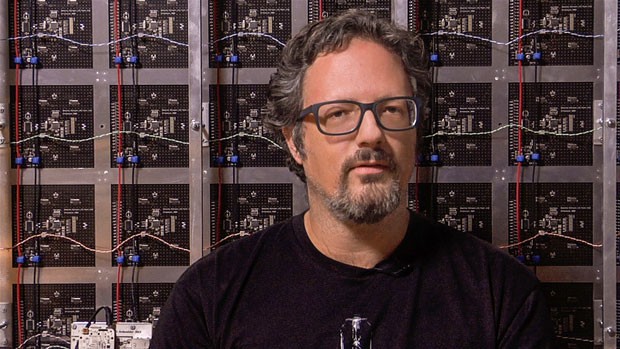 For more information, visit Rafael Lozano-Hemmer’s page on the Governor General’s Award in Visual and Media Arts site, or visit his YouTube page.