Six-time Olympic cycling and speed-skating medallist Clara Hughes has added another medal to her collection — the Loyola Medal. 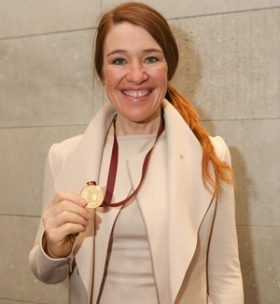 Hughes is the 20th recipient of the prestigious accolade, conceived at Loyola College in 1961 to pay tribute to outstanding Canadians.

Hughes said she was honoured and humbled to accept the award.

The ceremony was organized by Advancement and Alumni Relations to recognize Hughes for her public service and nationwide drive to end the stigma associated with mental illness.

Hughes, who is on a cross-Canada bike tour for Bell’s Let’s Talk mental health campaign, invoked her late father’s advice to channel her personal successes and help others. 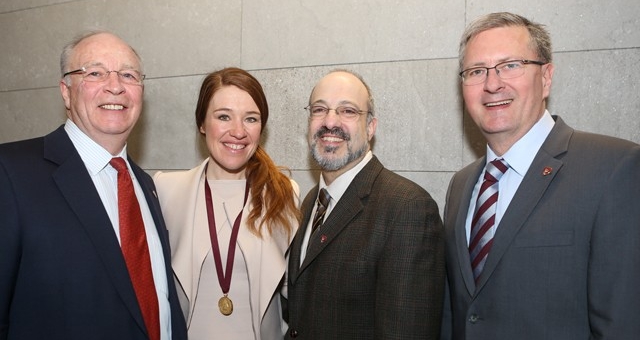 “Bringing mental healthcare out of the shadows and into the sun, where people can get treated without stigma, is a huge challenge for our time,” Shepard said.

More than 160 guests took part in the ceremony, held on March 27 at Concordia’s Loyola Jesuit Hall and Conference Centre.