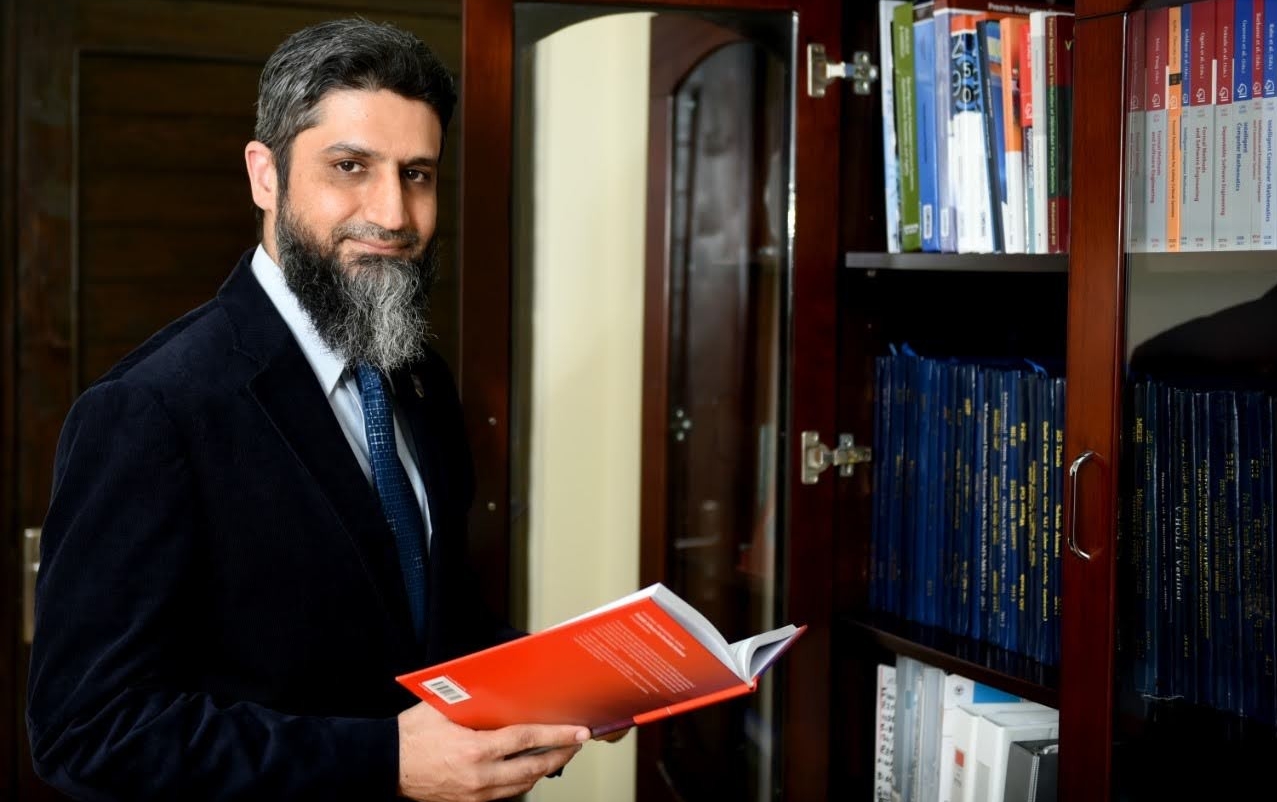 After completing his PhD and postdoctoral studies at Concordia in 2009, Osman Hasan returned to Pakistan, where he became a researcher in formal verification.

When Sofiène Tahar learned that his former student had won Pakistan’s Medal of Distinction, he couldn’t help but smile. “I felt so proud!” says the Concordia professor of electrical and computer engineering.

Osman Hasan, MEng 01, PhD 08, was presented the award for his “meritorious service to the people of Pakistan in the field of education” by Pakistan’s president Arif Alvi in a ceremony in March.

Since graduating, Hasan has made a name internationally both as a researcher and a teacher, publishing five books and winning numerous research and teaching awards. In 2021, at age 47, he became the youngest pro-rector of academics — the equivalent of provost and vice-president, Academics in Canada — at the National University of Sciences and Technology (NUST) in Islamabad, known as “Pakistan’s MIT”.

“Osman was one of those rare, gifted students who are extremely intelligent, relentless hard workers and have excellent communication skills,” says Tahar. “His work went on to draw the attention of NASA, Ericsson, Microsoft and GE, to name a few, and it was instrumental for several nationally and internationally funded research and development projects.”

A groundbreaker in the field of formal verification

After completing his PhD and postdoctoral studies at Concordia in 2009, Hasan decided to return to Pakistan, where he became a groundbreaking researcher in formal verification. The field creates highly sophisticated tools for debugging electronic systems.

“We design mathematical models to analyze any kind of system, including biological, computer-based systems and computer protocols,” Hasan explains.

Formal verification has wide commercial applications, including for electric cars and surgery. “Formal verification is very theoretical but very practical,” he says. “Whenever we design a machine, we make a model of it and test that behaviour so that once it translates to the machine it works well.”

Hasan says that Concordia’s International Students Office was a key factor in his decision to pursue graduate studies at the university, after completing his BEng at the University of Engineering and Technology, Peshawar, Pakistan.

“As teachers, our goal is to make sure we respond to those different styles.”

Hasan is now hard at work applying lessons he learned from Concordia to his work at NUST. He makes his teaching as interactive as possible, which goes against the grain of the traditional style of teaching in Pakistan. “I like to ask a lot of questions,” he says. “There are always a lot of activities. I form groups.”

As the university’s pro-rector, Academics, Hasan also hopes to apply what he learned outside of the classroom during his years at Concordia. “I did a work-study program with the dean of the Faculty of Arts and Science and learned so much, especially about what kinds of problems students were having and how they sorted them out,” he recalls.

“I recently launched the same program at my university and it’s a win-win situation. It’s cost-effective for the university and students learn a lot.”

Following Concordia’s example, Hasan’s objective as pro-rector is to attract foreign students to NUST. “We are really focusing on expanding the international outreach at my office. We are getting exchange students to come from South Asia, South Africa and North Africa, and are now attracting students from Canada, the United States and Europe. It’s very encouraging.”