Concordia grad Andrea Fernandez’s passion for sustainability has led her from Washington to the world’s major cities
|
By Alexander Huls
Source: University Advancement 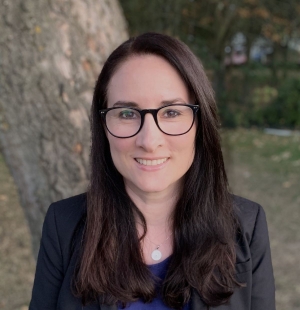 When she was little, just before the dawn of curbside recycling, Andrea Fernandez, BComm 95, would collect cans for her mom to take to the local recycling centre. “I looked at the world around me and just didn't understand why we'd be so wasteful,” she recalls.

Fernandez now works as managing director of Climate Finance, Knowledge and Partnerships at C40 Cities, the London-based group representing 100 major international cities whose mayors have been at the forefront of the fight against climate change.

Born in Colombia, Fernandez grew up in Washington D.C. among the world’s embassies, where she first cultivated an interest in foreign policy and international affairs. She pursued that interest at Concordia, where she earned her degree in international business and economics.

At just one credit shy of graduating, a family tragedy compelled her to take some time off. When she returned, Fernandez decided to make the most of her remaining semester by taking some additional classes.

Her passion for sustainability came into play and she chose a course in the economics of the environment. A new path began to emerge. “I still hadn’t crystallized what I wanted to do, but it helped to shape my thinking,” she says.

‘Sustainability is a massive opportunity’

Post-graduation, Fernandez took an internship at the Center for Strategic and International Studies, a Washington think tank. Then a temp job translating at the World Bank turned into five years working on public enterprise reform and privatization in the water, telecommunication and postal sector. Next, her goal was a master’s degree.

“I struggled a bit with what I was going to focus on,” she says. She chose the Fuqua School of Business at Duke University in order to approach environmental issues from a much-needed financial perspective.

“At the time, there was a lot of investment happening in the renewable-energy space on the project-finance side,” she says. “I wanted to work somewhere in the space of international sustainability and finance.”

Fernandez seized that increasing investment momentum with an internship opportunity in San Francisco at Arup, a London-based design and engineering consultancy company, which focuses on climate change and sustainability. “That’s where I realized sustainability is a massive opportunity,” she says.

A future full of potential

C40 Cities came into Fernandez’s life when an Arup project director became executive director there. While working with the organization on a consultancy project, she knew where she wanted to be next. “I reached out and expressed my interest in working ith C40 cities on climate change,” Fernandez says.

“There's a lot of people in that boat, who are probably going to school and don't really know what they want to do. And it's a really tough thing.”

But for those interested in sustainability, Fernandez notes that there’s much potential for the future. “There's a lot to be done. We need economists, we need financial analysts, we need engineers — we need a lot of people involved to really solve the climate crisis.

“I encourage people to think about what they can bring to this field and find or create opportunities for themselves.”