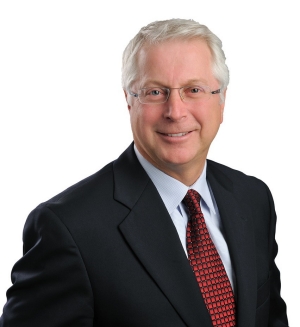 “Organizations are awakening to the fact that they need to hire Indigenous people who will lead and nurture the relationship with an Indigenous community,” says Joly.

Richard Joly, EMBA 98, has spent most of his business life searching for the right people. But, as one peruses the client list on the website of Montreal-based Leaders International, the firm Joly founded, it’s hard not to be struck by the executive-search company’s heavy emphasis on recruiting Indigenous people to boards of directors and executive suites across the country.

Why? The answer may lie in the reasons Joly picked the John Molson School of Business Executive MBA program: its reputation, the quality of teaching, “the fact that you could be with people locally,” the international nature of the program and its diversity.

“Concordia is a truly international and diverse university,” Joly says.

Joly’s EMBA experience complemented the basic business skills he had picked up along the way, instilling in him a macro perspective and much more insight into the world of corporate finance and the vocabulary that goes with it.

“Those elements made me a strong consultant for my clients,” he says. “It expanded my brain muscle and my energy, helping me increase how much I was able to lift, to do a lot more. It changed my framework of what a true career entails.”

Leaders International bills itself as the pre-eminent Indigenous and diversity recruiting firm in North America, a position it solidified in 2017 when Leaders merged with Higgins Executive Search, a Winnipeg-based firm led by Brenda LaRose, an award-winning Métis Anishnaabe businesswoman.

“We had the same vision,” Joly says. “And I had the technological tools to help exercise that vision.” Their firms co-operated on a project for the federal government and then focused on expanding other areas of LaRose's business. When she expressed wanting to focus her work on board-of-directors search, Leaders invited Laurie Sterritt, a member of the Kispiox Band of the Gitxsan Nation in British Columbia, to lead the firm’s national Indigenous practice division.

“It was a huge mind-opening perspective,” Joly says, noting the conversation about reconciliation had barely begun in many circles when he and LaRose first connected at a conference in Chicago in the early 2000s. “This group had placed the chair — Justice and former Senator Murray Sinclair — and two commissioners who led and oversaw the Truth and Reconciliation Commission from 2009 to 2015.”

'There is still work to be done'

Born and raised in Ottawa, Joly worked for food-service giant Aramark in Ottawa and Vancouver before landing a spot in its Montreal office in 1986. In 1993, he moved to the office-technology firm Pitney Bowes and made the most of an opportunity when the company covered his EMBA tuition.

Soon after graduating in 1998, Joly was approached by a classmate to move into the search and recruitment world. A decade later, he founded Leaders International, a firm that today has eight offices across Canada with 60 employees, including partners and consultants.

Joly’s company works with corporations at home and abroad to improve their relations with Indigenous communities, whether to understand the protocols that will allow them to negotiate a path to gain proper access to lands for natural-resource development, or to ease tensions when companies have experienced challenges in their relationships with Indigenous communities. He notes that the Indigenous practice is helping to educate, bring awareness and improve an organization’s relations with its Indigenous partners.

“Organizations are awakening to the fact that they need to hire Indigenous people who will lead and nurture the relationship with an Indigenous community,” he says.

It should come as no surprise that Joly is working to establish a $5,000 non-renewable scholarship to support Indigenous students in the John Molson MBA program. Eligible candidates will include Canadian citizens or permanent residents registered with the Otsenhákta Student Centre at the university.

“I think that Canada is on the right course for reconciliation,” Joly says. “There is still lot of work to be done, but the awareness of the Indigenous journey is gaining ground.”