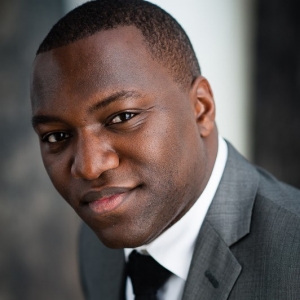 “I’m in the process of completing a sequel entitled Black & Blue Matters which was included in the National Arts Centre's 'Grand Acts of Theatre.’"

In 2020, Overture with the Arts, a non-profit organization that offers education in music, dance and drama, embarked on its 10th annual Black History Month high school tour. Although immensely successful, Omari Newton and his twin sister Akilah had a very different experience presenting their usually live events as COVID-19-safe online presentations.

“It's been both a blessing and somewhat trying that our bookings have just about doubled this year. I do miss getting a chance to sit down with staff and students to speak with them face to face about these issues, which was one of my favorite parts about the tour,” says the award-winning actor, writer, poet, playwright and emcee.

On the breadth of current projects

I've been doing a lot of voiceover for cartoons. I'm lucky to do the voice of Black Panther on multiple different Marvel projects. I also do a character called Corvus for The Dragon Prince, a Netflix show which won an Emmy for best youth programming.

I've also just taken a position as a senior professor at the Vancouver Film School, which is really exciting.

Amy Lee Lavoie is my favourite playwright, but I’m totally biased because she’s my wife!

Performing during the pandemic

The Arts Club Theatre Company asked me to direct their first show coming out of the pandemic, a brilliant one-person show called No Child…, by Nilaja Sun. They could only operate at 20-per-cent capacity so it was really interesting creating a live performance in that dynamic.

An influential person at Concordia

I met one of my dear friends and mentors who I run a theatre company with today named Diane Roberts. I was her student when it was truly rare to find black professors. We got along so well that she ended up casting me as an actor professionally in a show. I was her TA and she mentored me toward reading my first play, The Lamentable Tragedy of Saul Capone, which ended up going to the National Arts Centre.

I’m in the process of completing a sequel entitled Black & Blue Matters which was included in the National Arts Centre's 'Grand Acts of Theatre.’