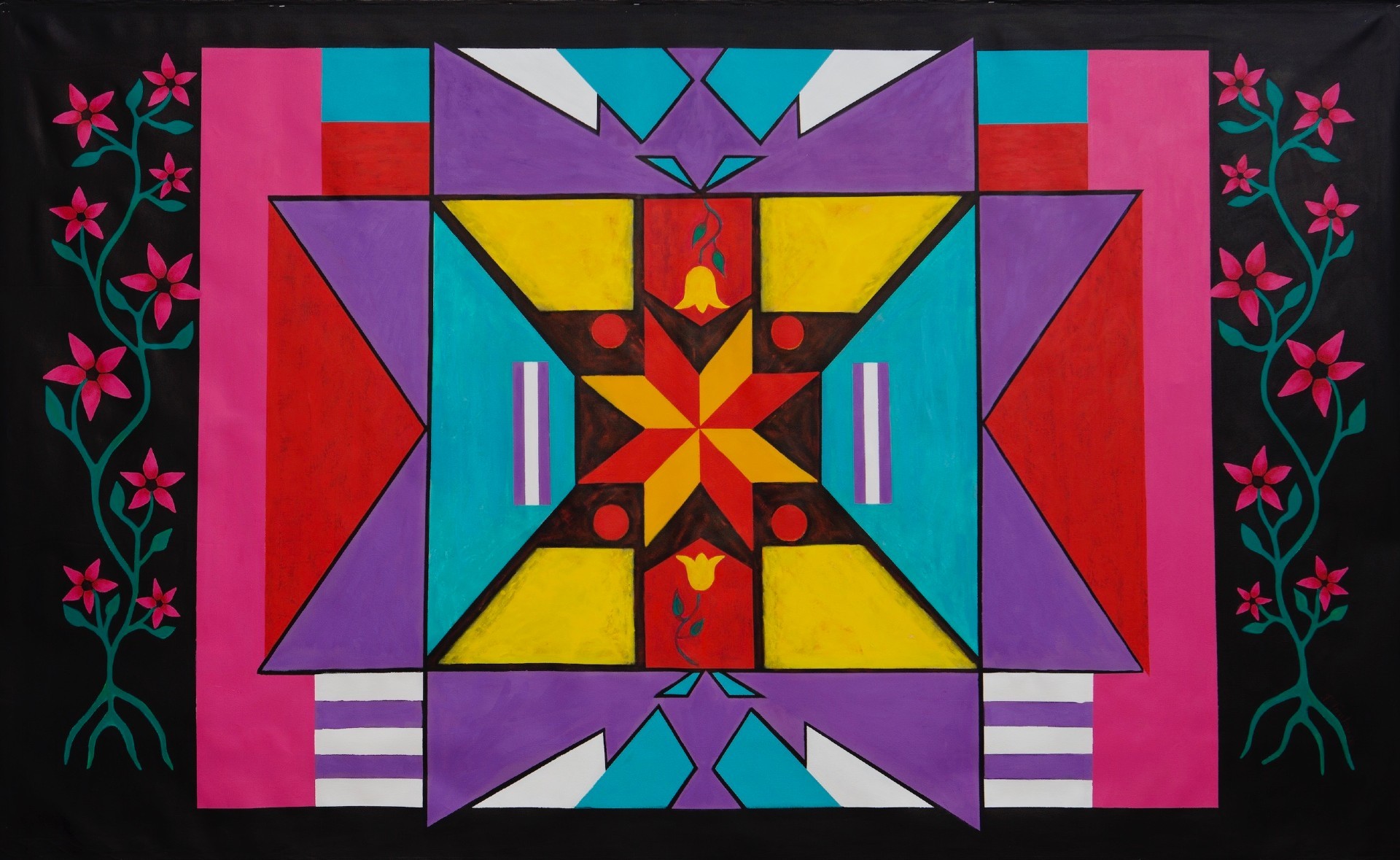 “The star is a symbol of hope in Anishinaabe teaching,” says Toulouse, “I painted this work to offer healing to our people and anyone else who would help bring balance for Mother Earth.”

The 66-year-old artist, who graduated from Concordia with a Master of Fine Arts in 1985, has been producing figurative and abstract painting depicting the conservation of nature and historical events that commemorate Indigenous people throughout her 40-year career.

“My work speaks of our traditions that remain constant while we learn the old teachings to guide us in the transformation of today’s world.”

Toulouse is candid about how difficult life as an Indigenous artist has been. She recalls her career as a mix of inspiring and frustrating moments, beginning with university.

“Being an Anishinaabe student at that time was extremely challenging. I was very much alone, far from home and without support from my community.” Toulouse says she was the target of racists attacks from several students in her program. Yet she maintains that her years at Concordia helped build the confidence that shaped her career.

“I had some wonderful teachers and made lifelong friendships with fellow students and instructors,” she says. Toulouse fondly remembers her classes with celebrated multimedia artist Irene Whittome, an instructor at the time and Toulouse's graduate advisor. “I still think about how much we all enjoyed learning from her.

"I also found my voice at Concordia. I learned how to speak in public. My graduate advisor even recommended I become a public speaker,” says the artist, who was declared the first Indigenous person to graduate with a degree in fine arts from the university.

‘I have hope for our future generations’ 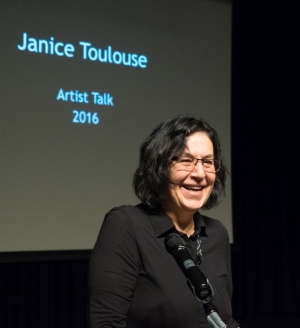 After graduating, Toulouse moved to France to teach fine art at L'École supérieure d'art d'Aix-en-Provence (ESAAIX). The artist still divides her time between her home in Meaford, Ontario — on the southern shore of Georgian Bay in the traditional territory of the Saugeen Ojibway Nation — and Paris, France.

Her daughter, Léa Toulouse Florentin, born in France, works as an art curator in Paris. “The French are fascinated by native art. They don’t immediately stereotype us.” When she returned to Canada in 1995, Toulouse taught drawing, painting and Indigenous art history at the Emily Carr University of Art + Design in Vancouver.

Over her four-decade career, Toulouse has participated in dozens of solo and group exhibitions and won numerous residencies and awards, including a REVEAL Indigenous Art Award in 2017 and a fellowship at the Smithsonian National Museum of the American Indian in New York in 2002. Yet, finding galleries to show her work has been a challenge, she says.

“I didn’t realize it was going to be such a struggle,” Toulouse recalls. “As an Ojibwe woman, I naively thought all the doors would open. But when I showed them my work, galleries would say things like, ‘Well we already have a native artist.’ And I would say, ‘But you don’t have me!’”

“The two groups can travel the same river in parallel, and neither interrupts the other’s journey,” she says. “Things have improved for native artists in recent years. I have hope for our future generations.”