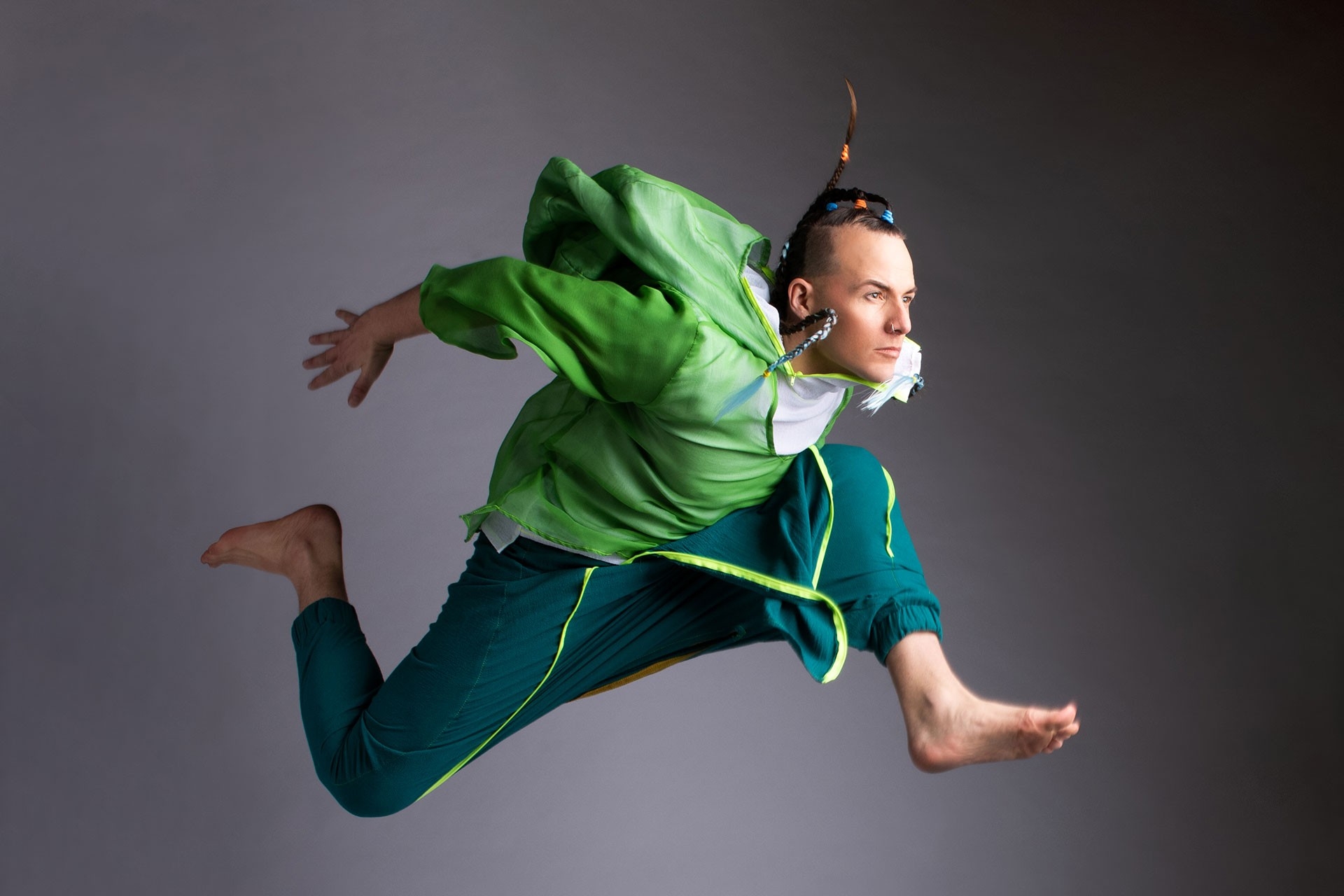 Indigenous curator, educator and visual artist Jason Baerg, BFA (studio art) 99, aspired to be a fashion designer since he was a kid, so making his debut at Indigenous Fashion Week Toronto in November 2020 was a dream come true that resulted in favourable reviews from both ELLE Magazine and Fashion Television’s Jeanne Becker for Star Cineplex magazine.

“I was drawing full collections when I was 14!” says Baerg. “It was so exciting to be a part of Indigenous Fashion Week Toronto. It was a long time coming.”

Raised in Prince Albert, Saskatchewan, Baerg is a registered member of the Métis Nation of Ontario and his Ayimach_Horizons collection — Ayimach translates from Nêhiyawêwin or Cree to “a fortunate change of events leading towards success” — was inspired by his northern Saskatchewan Cree Métis heritage. Language revitalization is a part of his creative practice.

“Traditionally we are medicine people, we’re stone carriers, knowledge keepers, storytellers and visual artists, and we are helpers,” says Baerg, who notes that being queer also informs his work. “Though I am a cisgender male, I definitely relate to both men and women,” he says. “There are all kinds of reasons and purposes for Two-Spirit people who are validated for who they are and what they contribute to community. It’s very grounding for me to understand that who I am is sacred.” 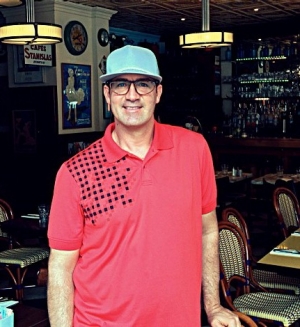 Dedicated to community development, Baerg also founded and incorporated the Métis Artist Collective and has served as volunteer chair for such organizations as the Indigenous Curatorial Collective and the National Indigenous Media Arts Coalition.

According to Statistics Canada's 2016 Census of Population, the Indigenous population included 977,230 First Nations, 587,545 Métis and 65,025 Inuit. Historically, Métis artists have been largely displaced and underrepresented in national and international exhibitions, art histories and institutional collections.

As founder of the Shushkitew Collective, Baerg was recently awarded a $300,000 grant from the Canada Council for the Arts to address these inequities by hosting three large gatherings, including the final at the National Gallery of Canada.

“I originally proposed an individual project to the Vancouver Arts Olympic Committee; they thought I was the right person to champion Métis art contributions at the games,” he recalls. “It was a lovely opportunity to develop capacity and give opportunities to some established and emerging artists in the Métis community.”

‘An important time in my life’

Fashion is art, says the award-winning Toronto-based fashion designer. And Baerg should know: As an interdisciplinary artist, he advances digital interventions into performative spaces of drawing, painting and new media installation. Solo exhibitions of his artwork include the Concordia's FOFA Gallery, the Illuminato Festival in Toronto, the Royal Melbourne Institute of Technology in Australia and the Digital Dome at the Institute of the American Indian Arts in Santa Fe, New Mexico.

Baerg’s artwork will be on display in the Canadian pavilion at Expo 2021 Dubai, which opened in October 2021. Jason Baerg: Tawâskweyâw ᑕᐋᐧᐢᑫᐧᔮᐤ / A Path or Gap Among the Trees, a 25-year retrospective of his practice, also opened in October at Canada House, home of the Canadian High Commission in the United Kingdom, in London’s Trafalgar Square.

Currently an assistant professor in the Faculty of Arts at OCAD University in Toronto, Baerg has previously lectured at institutions like the Whitecliffe College of Arts and Design in Auckland, New Zealand, and at Parsons School of Design in New York City, and has taught at Rutgers University.

Baerg says that his studies at Concordia influenced his work: “I was very happy to go to Concordia; it was actually very good timing in my artistic development,” he says. “During my studies, I worked as a bartender on Crescent Street, which also influenced my art making. Being a student at Concordia and living in cosmopolitan Montreal was an important time in my life and enabled me to come out and travel frequently to New York City.”

In addition to teaching, Baerg is currently producing new art and designing his next fashion collection for Ayimach_Horizons. “Truly, I am honoured and excited to do this work!”