From Montreal to Abu Dhabi, Anas Alazzam traces his passion for mini-devices back to Concordia
|
By Charlie Fidelman
Source: University Advancement 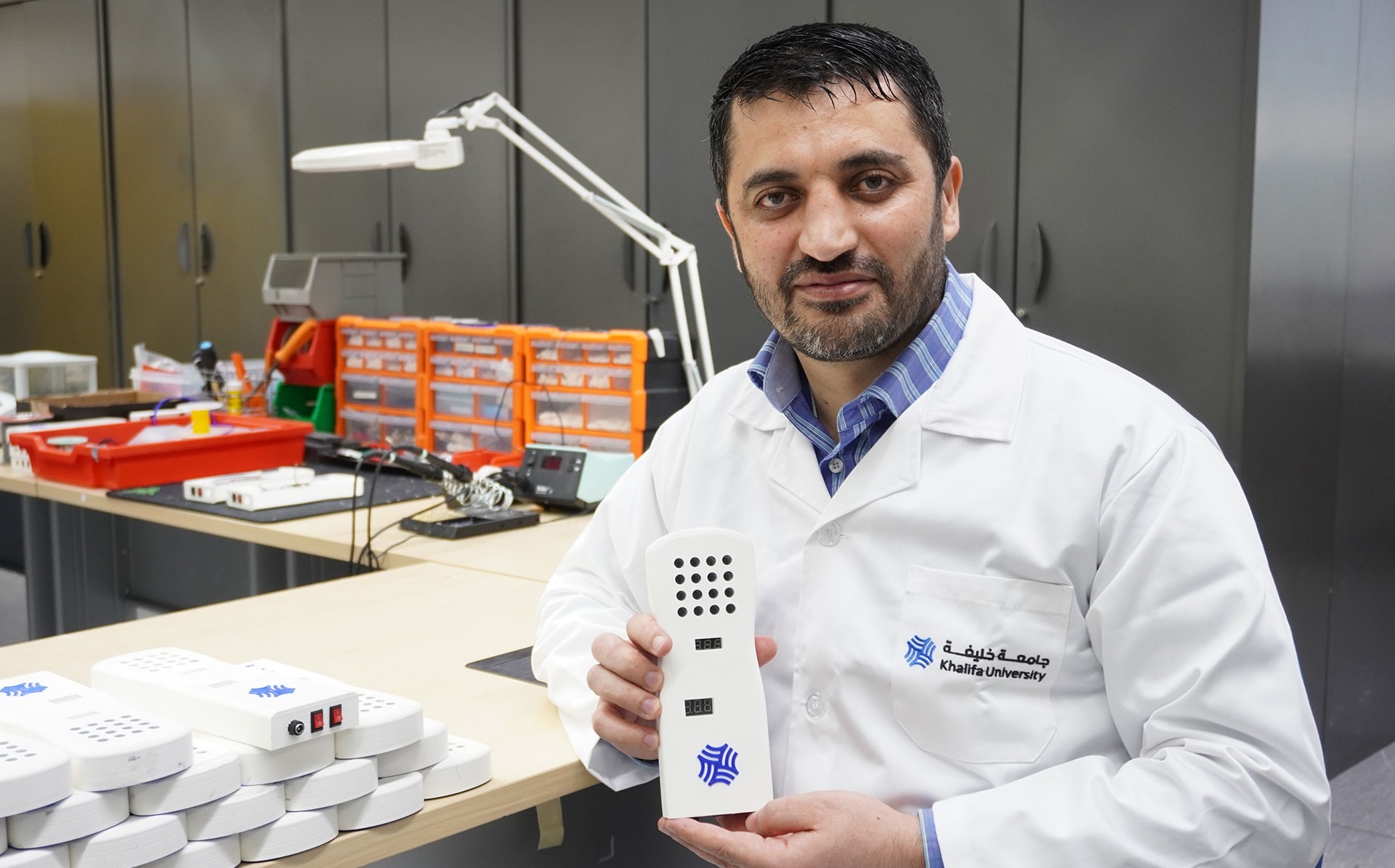 As a mechanical engineer, Anas Alazzam, PhD 10, finds beauty in small things. His expertise lies in creating tiny tools that make quick work of repetitive tasks. He's developed lab-on-chip devices for cancer detection and his latest device on a small scale is a portable test kit that can detect COVID-19 infection within minutes.

An associate professor at Khalifa University in Abu Dhabi, Alazzam began working on the device after the coronavirus struck last year. It became clear that rapid testing was crucial to combatting the pandemic, says lead investigator Alazzam, whose research accelerated local efforts against the virus.

“We started in May. But after two months of work, we realized that a disposable, single-use per person PCR [polymerase chain reaction] device was too expensive and too complicated,” he explains.

The team switched tracks, and by October had a device that was small, efficient and low-cost, and as accurate as current PCR tests. The device fits in the palm of a hand, provides results in 45 minutes and costs less than $10 per test. Moreover, each kit can process up to 16 tests every 45 minutes. “Imagine if you had 30 or so such kits on hand at an airport,” Alazzam says.

The screening device “can be used to test front-line workers in clinics and offices, and travellers at bus stations, airports and on planes,” he adds. “Anywhere where quick detection of disease would be useful.”

The device was recently approved by Abu Dhabi’s Department of Health and will be ready for use after another round of validation in its labs.

How does it work?

The kit detects COVID-19 from a patient’s nose swab. It uses a primer and a method called LAMP, a 20-year-old amplification technology that is ultra sensitive to virus detection.

“It amplifies traces of the virus [from the nasal swab] to the point where we can see a colour change,” explains Alazzam. A buzzer sounds when the test is done. As for the colour-coded results: fuchsia for negative, orange-yellow for positive. The team is looking at modifying the nose swab for a saliva sample to make screening easier on children, he adds.

‘I would do it all over again’

When Alazzam was deciding where to pursue his graduate studies, he chose Canada over the United States. He was attracted to Concordia’s reputation for excellence, he says, and so he applied. To his surprise, he was accepted immediately.

“I sent one application and it was to Concordia. I assume I got lucky,” Alazzam says. “I would do it all over again and would work with the same advisors.”

Alazzam is referring to professors Rama Bhat and Ion Stiharu. With the latter, Alazzam developed long-lasting ties. “I published with him in 2020 and our family visited his in Montreal in 2019. It’s much more than a student and supervisor relationship, but I still can’t call him by his name. He asks me to but I can’t. It’s always doctor or professor.”

Among his memories, Alazzam fondly recalls building a “clean room” facility in Stiharu’s laboratory for research on microdevices, his satisfaction when his device for separating cancer from blood cells worked, his time as a volunteer at the Montreal Jewish General Hospital where he worked with live cells for a year, and the best memory of all: defending his thesis.

After a brief stint at the Canadian Space Agency in Montreal, Alazzam returned to academia when Khalifa University offered him a position. He draws a direct link between his current work and the knowledge acquired at Concordia, researching microfluidics, dielectrophoresis and health-care applications of microdevices.

In fact, Alazzam says he still refers to his Concordia notes today. “It’s not about university rankings, it’s about the quality of education,” he says.