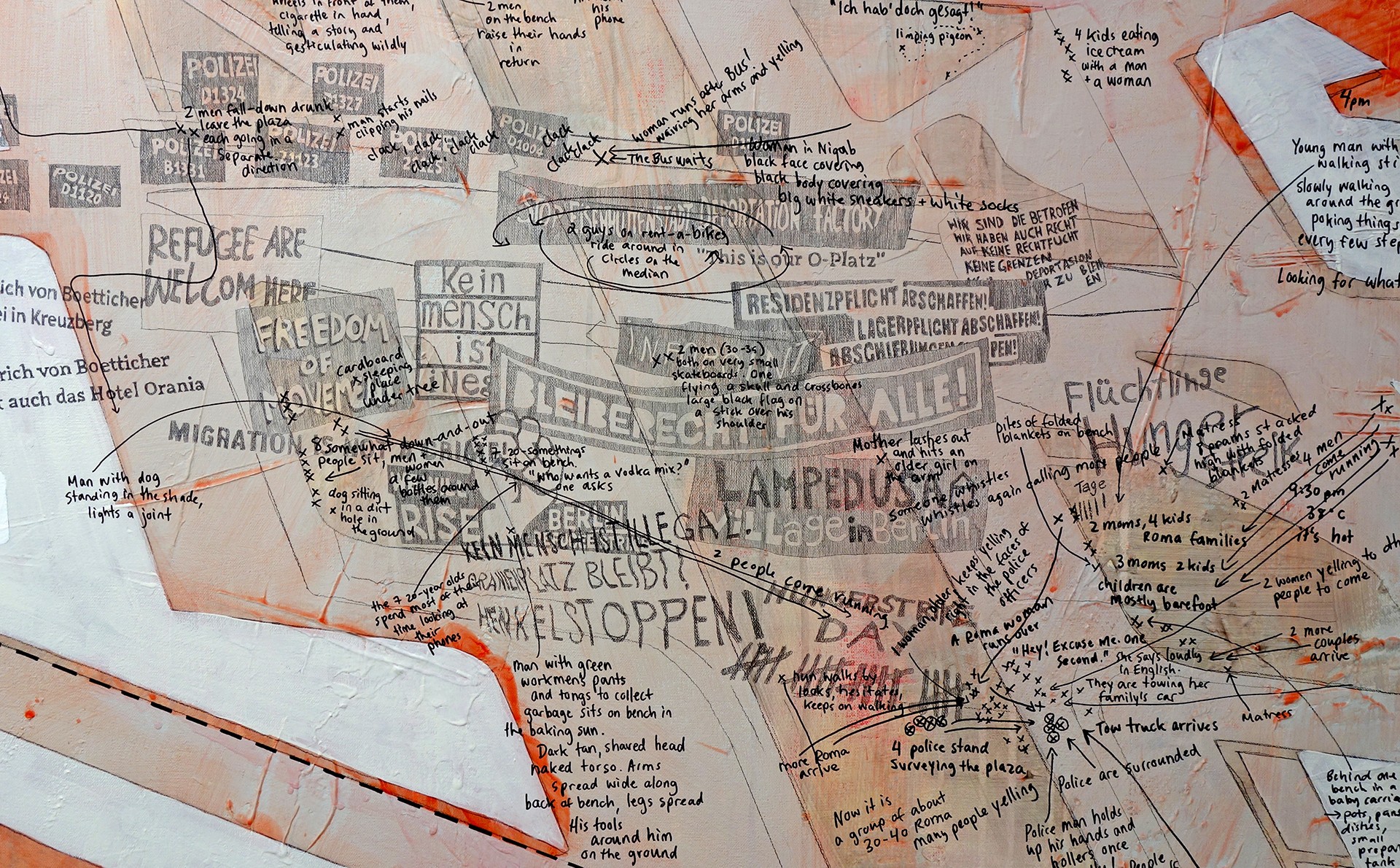 The Berlin Art Prize is unique in the world of contemporary art, diverging from  traditional art prizes through its alternative evaluation method: a blind jury process in which local artists submit work anonymously, eliminating the chance for reputation and career experience to influence jurors. It considers the art alone.

Since it’s inception in 2013, the Berlin Art Prize annually awards three artists with a residency and cash prize. However, before the final selection takes place  – which occurred in 2019 on September 14 – nine finalists are chosen to be part of a special, highly regarded exhibition.

This year, two Berlin-based Concordia alumni, Larissa Fassler, BFA 99, and Joshua Schwebel, BFA 06, were selected as finalists from among more than 750 applicants. As such, they were invited to showcase their work alongside seven other local artists as part of the Berlin Art Prize’s annual public group exhibition, which spanned nine project spaces across the city from August 31 to September 27, 2019.

“It’s an interesting independent prize because it actively questions what prizes are about. That’s why, when you submit work, you’re not allowed to attach your name or CV  to it,” says Fassler. Her exhibit, Forms of Brutality, was housed in a two-storey display at the SMAC gallery last month.

Exploring the politics of space

For nearly 15 years, Fassler’s practice has involved studying the architecture of cities and how the construction of public space affects the experience of inhabitants.

In keeping with past projects, Forms of Brutality explores a public area in Berlin –  Moritzplatz, a station situated in the heart of Kreuzberg. Once a working-class neighbourhood, Kreuzberg has been severely affected by gentrification in recent years as surging rents have threatened to displace the local population, leading to a robust grassroots resistance movement from the community. 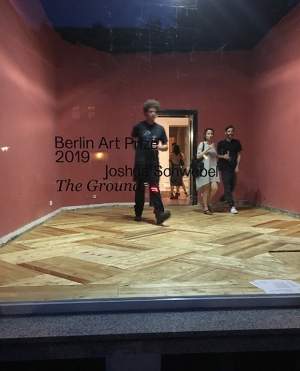 The Ground, by Joshua Schwebel, BFA 06

A conceptual artist, Schwebel says his art doesn’t start with a material process; instead, he uses the institution he sets up in as his raw material, as well as a springboard from which to explore relational systems at play in contemporary art.

“It was exciting and unexpected to be nominated. As an artist, you can work for years without ever really being recognized, so I felt honoured,” he says. The work itself, explains Schwebel, involved the reconstruction of the floor in the exhibition space.

“Kreuzberg Pavillon is one of several precarious, self-organized project spaces that exist in the city. I was hoping to emphasize this notion of permanent precarity through my exhibit, while also exploring the way artists are implicated in gentrification.”

He notes there’s an irony with Berlin, in that the massive influx of artists in the ’90s helped give the city its trendy reputation, making it more desirable and lending to the process of gentrification. Yet, this same community of artists and fringe folk, who helped bring value to the city, are no longer being accommodated by it.

While Schwebel’s previous works have considered political contexts, it was new territory for Fassler, who says her portfolio is largely apolitical.

“This was the first time I interacted with community players and took a political stance, I usually just observe. It’s marked a development in my practice, one which I’ll continue during my next project, which looks at Manchester in the States, a city devastated by the opioid crisis.”

Both artists say their time at Concordia was formative, and among the most rewarding aspects of their studies were the connections they forged during their studies, and maintain to this day.

“I had such an amazing, dynamic peer-group – we really pushed each other,” says Fassler, who has remained in contact with many of the friends she made during her undergraduate degree, as well as professors, whom she still considers mentors.

“If I had compared undergrad to my masters in London — which was far more concerned with the market and placing yourself in galleries — I’d say I had a better art education at Concordia because it was really about being an artist and not gallery sales — that resonates.”

Schwebel reiterates Fassler’s sentiments and says some of the courses he took during his undergraduate years proved to be quite influential in his development as an artist. “There were many memorable classes, and I was exposed to important artists and a great community,” he says. “I still keep in touch with many people I studied with at Concordia.”