‘To make the cut, people have to light up the screen in the same way a movie star might’ 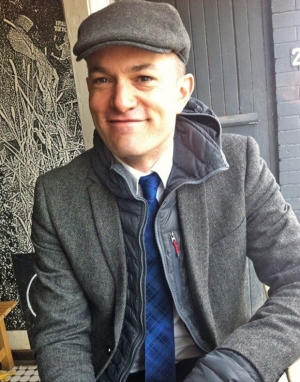 Chris Williamson says his past experiences as a professional actor and producer make him “sensitive to how vulnerable it can be to stand in front of a camera.” | Photo: Chris Williamson

Casting Director Chris Williamson, BA (Communication Studies) 98, has been casting real people and actors internationally for more than 15 years. In 2015, he founded his own successful company, Real People Casting.

Williamson recently sat down for a candid Q&A about his profession, and offers insights on the infamous casting couch and how “real” reality TV truly is.

Concordia: Why did you start your company Real People Casting?

Chris Williamson: It’s an extension of what I’ve been doing for more than 15 years. I started casting reality shows and then decided to branch out into branded content and advertising. In the process I branded myself, too, by creating this company.

You company states, “We deliver real people who are anything but ordinary.”

CW: The thing that people don’t necessarily know when they see the work I do is that the real people I cast, even though they are not actors, are very special personalities who have been selected from dozens – if not hundreds – of candidates. Some people come alive when you turn the camera on them, while others shrink. To make the cut, they have to light up the screen in much the same way that a movie star might. The people we cast don’t just meet the required specifications, there’s something about them that sparkles.

How does one cast Canada’s Worst Driver?

CW:  I knew you were going to ask me that! I cast four seasons of that show. The drivers on that show really are as bad as they seem. I know that because my job was to find them. My job was to travel across the country and take terrifying drives with them. I really should have been getting danger pay. Of course, we weren’t just looking for the worst drivers. We were looking for terrible drivers with huge personalities.

People didn’t suggest themselves for that show, it was their friends or family who would nominate them. Oftentimes, these drivers would have to be persuaded to come on the show. We would incentivize them by saying, “Yes, people are going to laugh at you, but on this show you’ll learn from the top driving instructors in the country and when you leave, you’ll be a safer, better driver.”

What is a difference between casting for commercials or reality TV series?

CW:  In reality television you are looking for a broad range of characters, including – in some cases – some less savoury characters.

In advertising and branded content, you’re almost always looking for aspirational characters people want to emulate. In advertising, I look for personalities the audience can fall in love with quickly.

How much reality is there in reality TV?

CW:  The level of reality is as diverse as the shows themselves. At this stage of the game, having been exposed to reality TV for some 20 years now, I think audiences have a sense of what’s real and what isn’t. I cannot think of any show I’ve been involved with personally where we have done anything other than select the right people, place them in the right environment and ask them the right questions. We don’t tell them to do it again, or do it bigger, or fake this, or fake that. It’s surprisingly real, especially on shows like Canada’s Worst Driver and Dragon’s Den.

Does the casting couch still exist?

CW:  If it does in the age of #MeToo, I don’t think anybody would cop to it! But there’s no casting couch for me. There’s no couch, period. Almost all my casting happens over the internet via recorded video interviews.

CW:  I met people in Communication Studies who now live in Los Angeles, New York and elsewhere. Many are still good friends to whom I turn for professional advice and even hire on occasion.

Concordia shaped the direction of my life in ways both professional and personal. I was a student in the first year of Concordia’s HIV/AIDS course, and to this day I continue to be involved with causes related to HIV and AIDS. I’ve raised tens of thousands of dollars for the Toronto People with AIDS Foundation and the Friends for Life Bike Rally over the last 20 years, and this year, with a team of friends, I’m sponsoring a gay, Iranian refugee couple through Rainbow Railroad. So my introduction to the HIV community at Concordia was a springboard for some of the most meaningful stuff I continue to do with my time to this day.

For more information, or to sign up for casting alerts, visit realpeoplecasting.com.