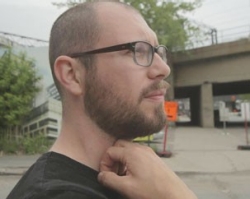 The duo’s project was submitted under the new Official-Language Minority Communities component of the award.

The program supports the production and promotion of emerging filmmakers’ first feature-length films with budgets that do not exceed $250,000. Stafiej and Dietzel’s film was among the 15 finalists chosen for funding.

The filmmakers have been friends since they started school and their joint effort has been a natural process.

“We’ve worked together so long it doesn’t even feel like work anymore,” says Dietzel.

Stafiej began his career with the short feature film Found even before he had completed his Concordia degree. Edited by Dietzel, it was shown at the Festival du Nouveau Cinema in 2013. 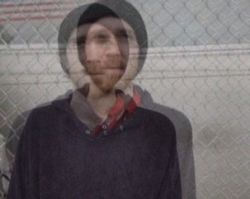 Another project includes a documentary in development with the Documentary Channel. He also writes ambient music to fill up his free time and his sound design was featured in Dietzel’s film COPY RIGHT. “I’m grateful because I’ve been able to work full-time as a director and writer since I’ve graduated,” Stafiej says.

Editing films is part of the wide array of projects Dietzel has been involved in since graduating. His film COPY RIGHT was shown at Victoria’s Antimatter festival, he started ON EST 10 — a co-operative for filmmakers — and he recently received funding to produce 24.24.24, a 24-hour film set in one location.

Stafiej is quick to praise his friend, roommate and business partner Dietzel as a gifted editor and director. “We do everything together,” he says. “We live together and we work together on every film we do. He’s pretty easy to work with.” 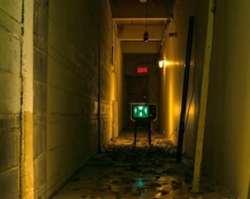 A still from Daniel Dietzel’s film COPY RIGHT, which played at Victoria’s Antimatter Festival in 2014. | Courtesy of Dietzel

The feature film, titled A, is about an alcoholic musician who locks himself in his apartment to complete an album. Stafiej is making an unconventional production choice by hoping to shoot on 16mm film stock rather than digitally.

“There’s more unpredictability when you’re shooting film, and that’s what I want. I really enjoy messing around with mistakes and I hope there are a lot of mistakes in it,” says Stafiej.

Describing the film as having a clear plot with a seven-day narrative, Stafiej explains that it will play out like a puzzle, exploring the subjectivity of the main character while testing the audience’s experience of the story.

“I want it to feel almost timeless. It’s supposed to have this unpredictable quality to it,” says Stafiej.

Concordia, which is a designated partner of Telefilm Canada, recommended Stafiej and Dietzel’s film for consideration.

“It’s been very suspenseful for us. It doesn’t really feel real yet,” says Dietzel about the path to becoming finalists. “We’re pretty lucky that this micro-budget program exists.”