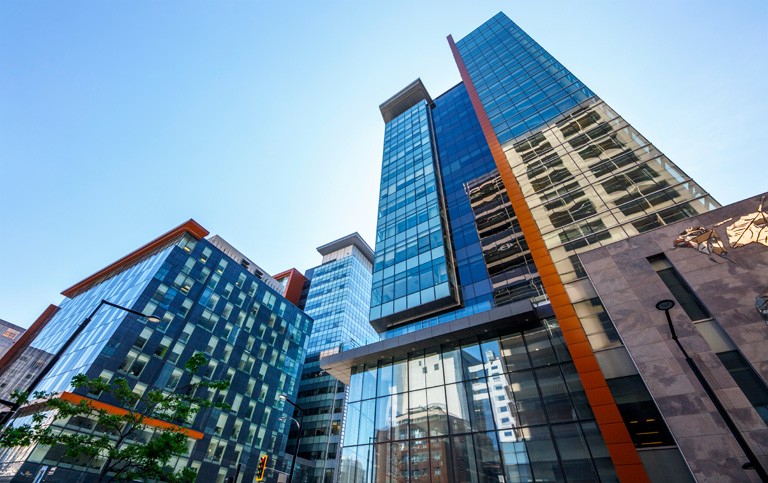 The John Molson School of Business delegation of students had a stellar showing at the annual Jeux du Commerce case competition. The prestigious event was hosted by Université Laval and took place virtually from January 7 to 10.

Although initially planned to be in person, the sharp rise of COVID-19 cases prompted the organizers to switch to an online format two weeks prior to the competition.

This last-minute and massive shift in preparations did not hinder the students, despite having been coached the entire fall term for an in-person performance. This resilience and adaptability shone in the team’s 11 podium finishes.

“We are so proud of our students,” says Anne-Marie Croteau, dean the John Molson School of Business.

“Particularly in this extra stressful and uncertain time, to deliver such a strong finish across so many disciplines exemplifies the strength and importance of the school’s case competition program. It also shows the resilience of our students and the invaluable support from the program’s countless coaches and volunteers,” she says.

“On behalf of the entire John Molson community, congratulations to all the delegates.”

‘Ask questions, attend events and go for it!’

Participating in the Jeux du Commerce requires students to take the COMM 499 seminar course at Concordia, which is taught by management lecturer Nora Baronian and supported by volunteer coaches, most of whom are competition alumni.

To qualify for the course, students try out for the team during the spring. An average of 300 students apply for 84 academic delegate positions.

These students then participate in one of three competitions over the course of the academic year: Jeux du Commerce; JDC Central, organized by the Canadian Association of Business Students; or ICBC, hosted by Queens University.

“Getting involved in case competitions has been the highlight of my university experience and allowed me to grow both as a business student and as a person,” says Sara Cholmsky, current finance and international business major and member of the JDC delegation.

“I’ve been given the opportunity to travel, meet incredible people and receive multiple job offers from various industries during my three years of competition. I recommend to students who want to get involved to ask questions, attend events and go for it!”

Fourteen universities across Quebec and eastern Canada take part in the Jeux de Commerce. The final John Molson delegation consisted of 86 delegates: 40 in the academic disciplines, four in debate, 18 in sports, 11 in participation, four in social, seven internal, one coordinator and one faculty advisor.

The final standings for Concordia were as follows:

“I am beyond proud of everyone involved in this program,” Baronian says.

“The students and the coaches constantly surpass our expectations. The students can attest to how enriching it is being involved in case competitions. I encourage all students to consider applying for the committee.”

Below is a full list of the delegation’s participants.