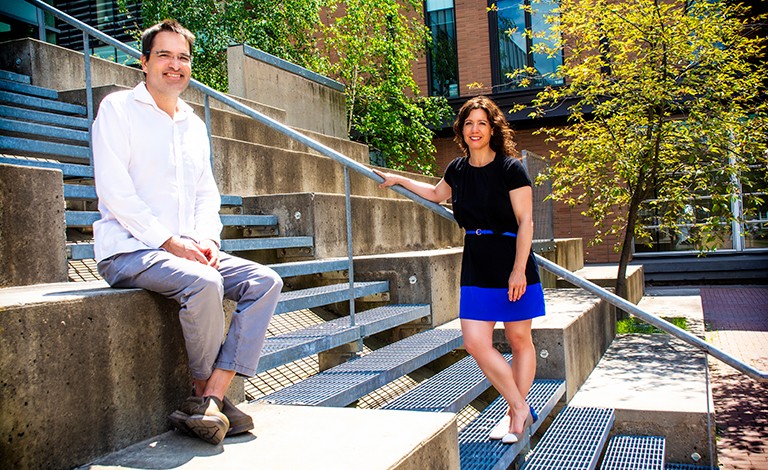 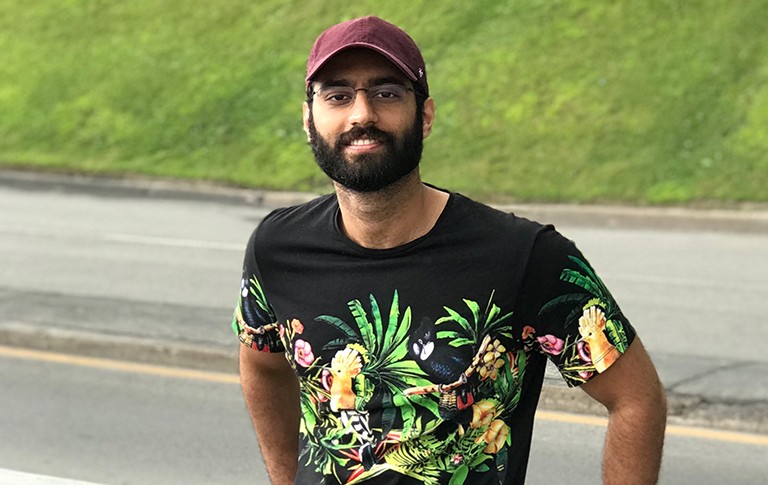 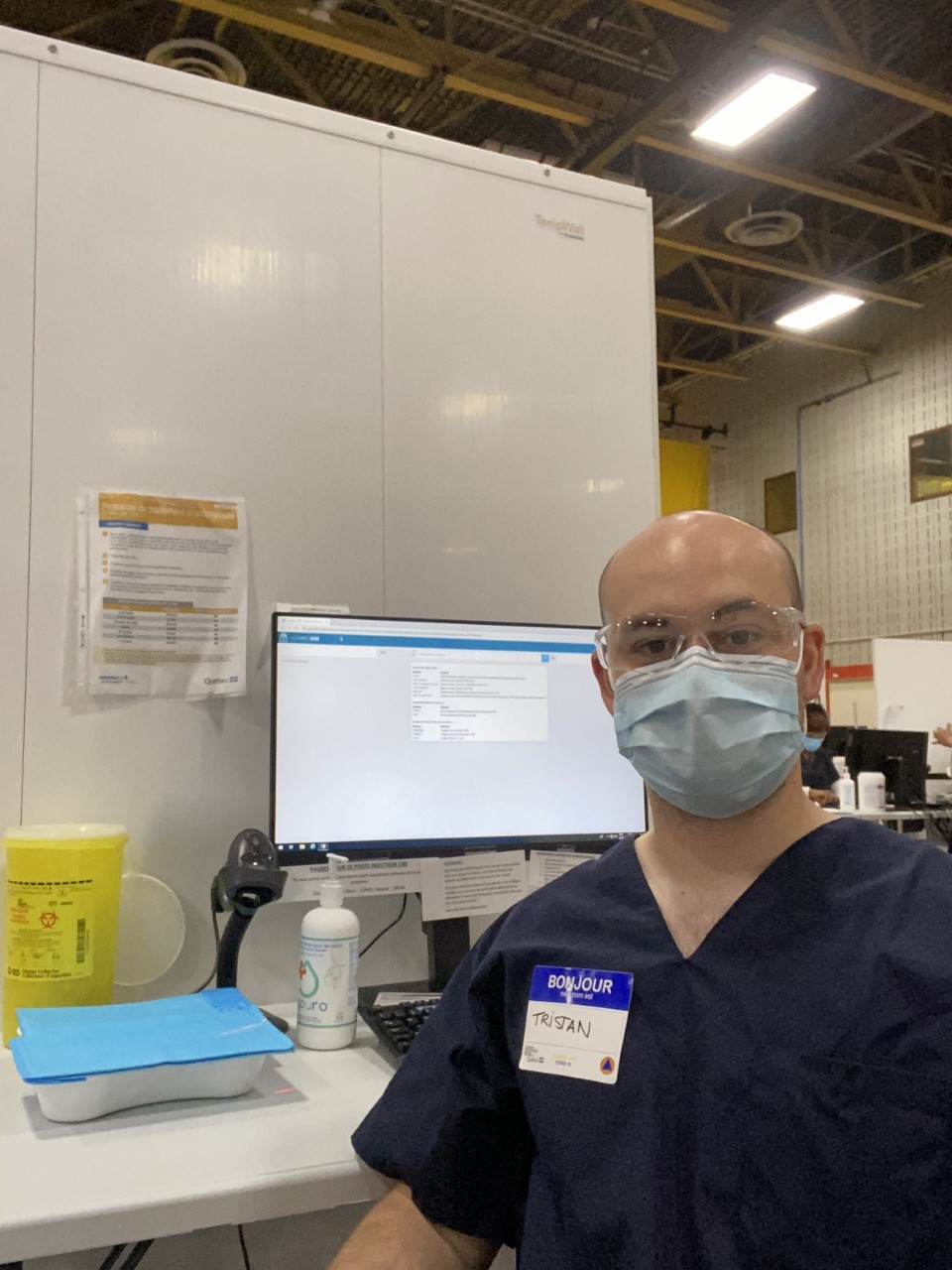 Master's student in health and exercise science Tristan Castonguay on site to administer the COVID-19 vaccine.