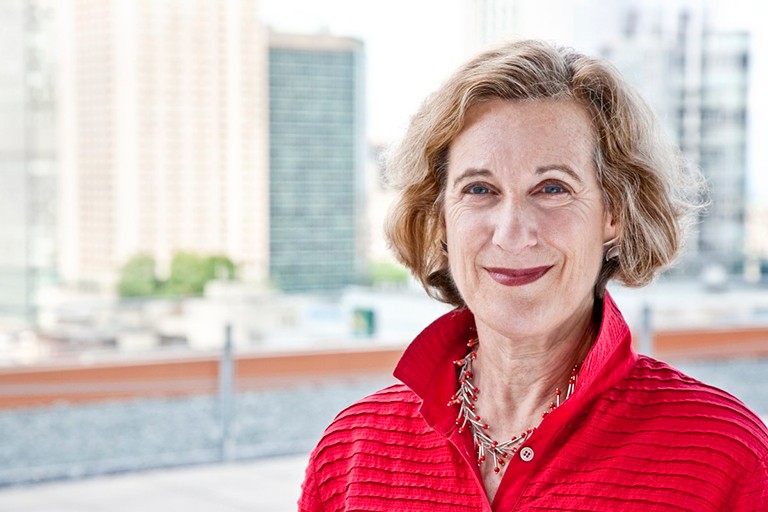 Sherry Simon: “I became interested in how translation really shapes the lens through which we see the world.”

“Translation is so much more than a simple linguistic transfer,” says Sherry Simon, professor of translation studies in Concordia’s Département d’études françaises. “It involves a whole transformation of ideas from one idiom into another. It always makes implicit reference to entire cultures.”

Concordia has named Simon a Distinguished University Research Professor (DURP), its highest recognition for overall research achievement. The university has annually awarded the distinction since 2018 to a select few faculty members, who retain the title until their retirement.

Simon has been at Concordia since 1983. She is being honoured for the depth of her original contributions to diverse fields of knowledge, including Quebec literature studies, Yiddish studies, postcolonial studies and women’s studies.

Recipients of the DURP title are pioneers and innovators in their fields, recognized nationally and internationally for their sustained research excellence.

Since 2000 alone, Simon has published more than 40 mostly single-authored book chapters, 30 articles and a dozen field-defining encyclopedia entries, in addition to a number of edited, co-edited and authored books. She is a Fellow of the Royal Society of Canada and has delivered more than 40 keynote lectures, nationally and internationally.

As well, Simon is a sought-after media interviewee and a frequent contributor to Le Devoir and Quebec cultural and literary magazine Spirale, which she co-edited from 1986 to 1993.

DURP honourees also help form the next generation of researchers. During her time at Concordia, Simon has been an active collaborator and supervised more than 50 MA and PhD students.

Languages and the character of a city

“My work comes out of having grown up here and having experienced the distinct languages that make up the fabric of the city,” she explains.

“I became interested in understanding how translation really shapes the lens through which we see the world. I wanted to learn about how even the blockages of communication — as well as different interpretative choices made in translation — can shape the world on both sides of a linguistic divide.”

“It’s so interesting to see how the linguistic changes that accompany migration or changes of regime affect the character of a city over time.”

She contends that translation is not simply a transformation from one system of signs to another but involves the reinterpretation of a discourse into another culture and world.

“For that reason, translation studies has come to involve the study of many areas. Intercultural relations, the phenomena of globalization and the globalization of culture, history, colonialism, evangelization — all of these things are related to translation.”

Another aspect of Simon’s work involves women and translation. In Gender in Translation: Cultural Identity and the Politics of Transmission (1996), for example, Simon looks at many cultural, linguistic, ethical and historical factors in the work of women translators and in the translation of works written by women.

“The history of women in translation is fascinating. Historically, translation was considered less prestigious work, and translators were often not identified in printed works. Many women could therefore use translation as a kind of backdoor to the world of literature and letters.”

Simon has supported much of her research through nearly $2 million in funding as principal investigator or co-researcher, receiving many of the most prestigious accolades, prizes, awards and distinctions available in the humanities.

Her work has been translated into French, Catalan, Polish, Turkish, German, Italian and Korean.

“My latest book is somewhat unusual,” she says. It includes a series of 18 mini portraits of places or sites, such as opera houses, synagogues, hotels, bridges, markets and streets, whose histories are that of translation.

“To understand the history of these places requires exploring how they have been created, in all their cultural significance, through conversations across language. I want to offer a little guide to discovering the world through a study of translation and to show how important translation is to the meaning of our daily lives.”

Simon’s next project will be a linguistic portrait of Mount Royal.

“With her past accomplishments and future plans, Dr. Simon is incredibly deserving of the title of Distinguished University Research Professor,” says Paula Wood-Adams, interim vice-president of research and graduate studies. “And we’re very proud to now formally recognize her as one of Concordia’s world-class researchers.”

She adds that the selection process is rigorous and involves extensive review and input by the peers of the nominee.

“The call for nominations for 2021 Distinguished University Research Professors was recently sent to Concordia faculty, and we’re excited to start receiving the nominations for next year.”

Sherry Simon’s investigation of cities, including Montreal, and the intersections of language, translation and memory in urban contexts touches on the ideas Johanne Sloan, Concordia professor of art history, investigated in her own research. 4TH SPACE invited these two Montrealers, neighbours and colleagues to enter into conversation.