Concordia supports a stranded international student through the pandemic

Kyrylo Zlobin describes his experience in the virtually deserted Grey Nuns Residence during the health crisis
|
By J. Cohen 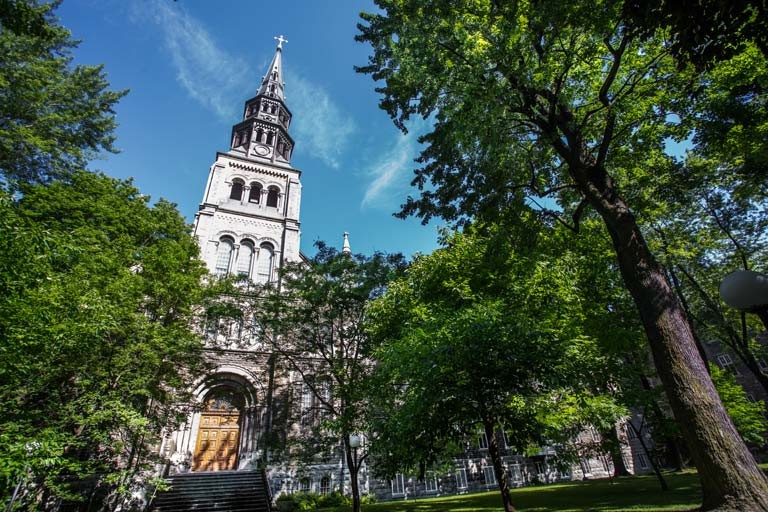 When the pandemic came to Canadian public attention in March, economics major Kyrylo Zlobin had been in Montreal for just a few months.

“I only started at Concordia in January,” he says. “The slow process of obtaining my student visa delayed my fall admission.”

Originally from Ukraine, Zlobin had been living with his family in Turkey. He arrived in Montreal this winter excited to begin his postsecondary studies in a new country.

Yet in order to avoid having students living in close quarters during the COVID-19 health crisis, Concordia had students move home or into apartments by March 22.

This just wasn’t possible for Zlobin. Just recently out of high school, he will only be turning 18 later in June. “Because I’m a minor, I couldn’t really make other arrangements here. I couldn’t rent an apartment. Travel restrictions were imposed pretty quickly, and I was unable to leave.”

Prevented from flying home or moving elsewhere, Zlobin was one of very few students to remain at Concordia’s Grey Nuns Residence.

“Until May 29, there were only about 10 of us left in the whole building. The university kept it open for us, though,” he says.

“Security and staff continued to manage the building. The cafeteria was even open for the few of us who remained."

For a few days, before he flew home last month, Zlobin was the only student remaining at the residence.

“My parents were pretty worried about me at first, but we’re really grateful for the support that Concordia has shown us,” he adds. “The staff and everyone else have been really great.”

Looking to the future

“Concordia is an important school and a great place to study economics,” Zlobin notes. “And as a francophone city in the middle of North America, Montreal is a pretty unique place to attend university.”

In fact, Zlobin’s father also studied economics at Concordia when he was about the same age.

In his short time here, Zlobin has adapted to university life. He has been an active member of the Concordia Ukrainian Students’ Union, helping organize events and share Ukrainian culture.

“I like Canada. I appreciate it. I’m looking forward to coming back to study when the pandemic is over,” he says. “I’m hoping to participate in the Co-op program. I had also been hoping to play soccer or football with the Concordia Stingers.”

Because he started in the winter, that wasn’t possible this year. But he plans to try out in the future.

“It’s a bit disappointing to have to leave so soon after arriving. I’ve made friends here and would like to stay. But it will be great to be back when things return to normal.”

Learn about resources available to Concordia students during the COVID-19 crisis.