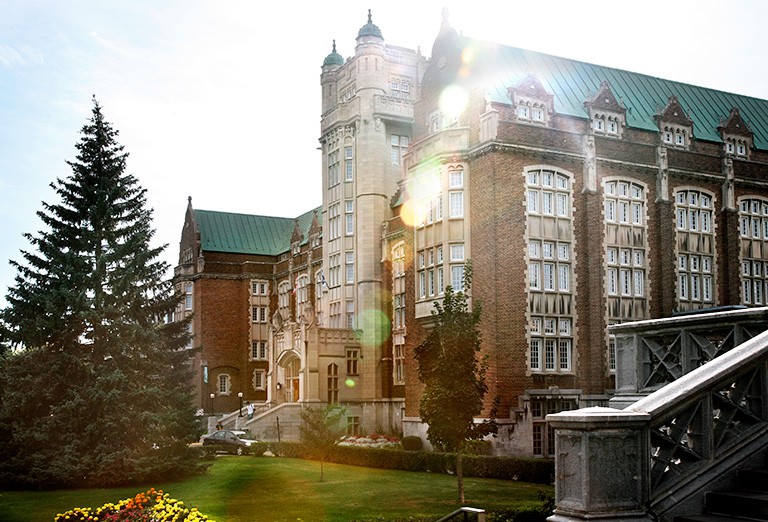 Nearly every Concordia office space on the Sir George Williams Campus now has easy access to compost facilities through kitchenettes or other nearby bins. Though efforts to divert waste away from landfills will continue downtown, Facilities Management is now focusing on providing more low-waste office tools to those based on the Loyola Campus.

From the end of November through December, Loyola community members will start seeing more compost bins around, as well as mini bins for garbage generated at their desks. Those will come with information on the university’s Low-Waste Offices initiative.

First on the list are the Communication Studies and Journalism Building, Richard J. Renaud Science Complex and Vanier Library. Occupants of other buildings can expect mini bins and more compost service early in the new year.

Low-Waste Offices is not a new program. It began in 2014 with an observation made by former custodial services supervisor Brad Poapst. He noticed that 85 per cent of materials thrown into Concordia’s trash bins could be recycled or composted. To encourage staff and faculty to rethink their habits, custodial services decided to provide mini bins and remove garbage cans.

“That has contributed to a major increase in compost collection since the initiative began in 2016. It’s also cut the number of trash bags by thousands a year.”

Currently, 85 per cent of Concordia staff and faculty have access to convenient composting. The university’s Zero Waste team wants to build on that success, aiming to divert 90 per cent of all types of waste away from landfills.

“Though we’d love to claim the mini bin as our own initiative, the truth is they have been adopted by all sorts of other businesses and institutions,” he adds.

‘We can all be proud’

“We’ve had really positive feedback from most community members.”

The move away from desk-side trash collection is continuing and expanding from the Sir George Williams Campus to Loyola.

“As an institution, we are shifting our focus toward sorting and responsible end-of-line disposal,” says custodial services supervisor Andale Evans (BA 13).

“Asking people to play a role in composting and recycling is allowing us to cut down on the landfill waste, something we can all be proud of.”

In addition to cutting down on garbage collection, custodial services is reviewing contracts with service providers to increase use of greener cleaning products, limit noise and find ways to keep energy use to a minimum. The next cleaning contract comes into effect in 2020, by which time all university offices should meet current low-waste standards.

The Zero Waste team wants to spread the word about how Concordians can further reduce the amount of garbage they send to landfills. For a presentation in your office, please contact zerowaste@concordia.ca.