'People are taking notice of what’s happening at Concordia' 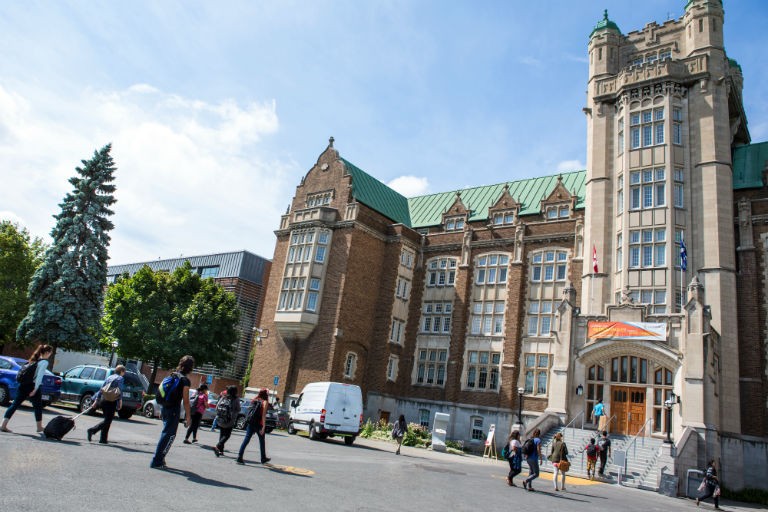 This is the last of a four-part series of conversations with the interim president. In this instalment, Carr discusses the importance of collaborative research networks and how Concordia is leading more partnerships across Canada and internationally.

Even with Concordia’s strong momentum, you’ve said there’s a lot more work to do. Can you tell us what you plan to prioritize?

Graham Carr: My sense — from meetings with other university administrators and with people outside academia, from what faculty tell me their colleagues are saying about the breakthrough work we’re doing — is that people are taking notice of what’s happening at Concordia.

I was with a group of faculty members from across the country at Milieux a few weeks ago. They were talking about other research centres in the digital arts and new media elsewhere in Canada and it was pretty clear that there’s really nothing like Milieux anywhere else. “How did the university do this?”

So there’s a sense that this is a cool place to be, a unique place where experimentation and out-of-the-box ideas are valued.

I look at our student numbers and I have to believe that one of the reasons students have been beating down the doors to come here is that they sense that. They’ll get a great foundational education, for sure, but they’ll also have other opportunities, novel opportunities to explore and discover, that they might not have access to elsewhere.

We became the first North American university to name an engineering school for a woman, and that’s a great story, a breakthrough story for sure.

But Gina Cody also happened to be our first woman PhD graduate in mechanical engineering. Concordia gave her an opportunity that other universities didn’t and in earning her PhD she gave us something we’d never had before either.

And there are many, many other examples like that. When I look ahead at what I hope we’ll be doing in the future, it’s all about building on and increasing that momentum.

I think there’s a great opportunity for Concordia to become even better known globally than we are today. A few years ago, Times Higher Education ranked us in the top 200 most international universities in the world. A diversity of students is part of it. But I think what makes you an international university is demonstrating that you can partner meaningfully beyond your borders.

Whether that’s laying down the tracks for vibrant mobility for faculty and students, or entering into collaborative international research networks, or hosting global conferences, I think there’s a prestige moment for Concordia in the future by growing our international profile.

That’s something the university needs in order to sustain its momentum in a globally competitive higher education environment.

And related to that is the partnership piece, something I began to appreciate when I was in research portfolios. The cliché, which is true, is that the problems of the world are too big to be solved by any one research group or university. You need to partner. That’s always been Quebec’s approach to supporting research, through the Fonds de recherche du Québec and the Regroupements stratégiques, etc.

And I love the fact that Concordia is now leading more and more research networks across Canada and internationally. But we’re also seeing more and more the benefit of expanding the focus on partnerships and collaborations beyond research activity to develop consortia of mobility opportunities for students.

I would love to see Concordia take a leadership role in creating a kind of Erasmus Mundus opportunity in a Canadian context, or with other young universities in North America and maybe globally.

But there are also partnership opportunities beyond that. Universities play a very important role in terms of bringing research-informed and research-proven knowledge and expertise to addressing the problems of society — but we do not have a monopoly on knowledge.

Concordia can be an even stronger contributor to society and create even more opportunities for our faculty and students if we can partner effectively with knowledge keepers in society — industries, the public sector, community groups, Indigenous peoples, and others.

The degree to which Concordia can be seen as a place that other people want to partner with — that will benefit us, that will make us much more visible. It amplifies our impact, but it’s also about taking the longstanding discourse around Concordia as an accessible university to another level.

Ideally, Concordia is an anchor institution in Montreal not just because of what we do for the city, but also because of how we connect it to the world.

Read the first, second and third instalment of this four-part series and Graham Carr's message to Concordia faculty and staff.