'Concordia is integral to a growing, innovative knowledge economy' 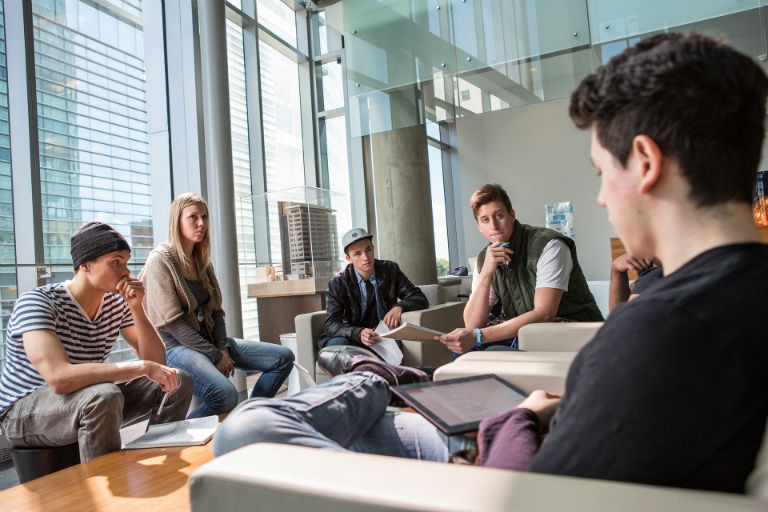 This is the second in a four-part series of conversations with the interim president. In this instalment, Carr discusses the complexities of leading an institution like Concordia and how universities have to prepare students for the next phase in their lives.

You’ve held a string of leadership positions at Concordia. What keeps you coming back for more?

Graham Carr: As department chair, I got a little taste of what the university looked like outside the envelope of the history department. So the idea of taking another step meant getting out of my comfort zone and learning something new about different parts of Concordia and universities generally.

That’s been a driver for me through every position I’ve had subsequently — it’s curiosity, it’s the sense of scope, of newness. And the more I’ve gotten to know this university, the more I’m amazed and excited about what’s going on here.

I think it’s also realizing that when you’re in administration, you’re really in a service role, where success means trying to go the extra distance to understand what the need is and see how you can try to fit that need and help people.

What new challenges do academic leaders face now that they may not have a generation ago?

GC: I wouldn’t say there are more or fewer challenges today; it’s just a different reality. Part of that reality for university leaders is the incredible complexity of the organizations we lead, particularly places as large as Concordia.

We have an unbelievably diverse internal community and the array of external contacts who interact with us is extraordinary. And when it comes to decision-making, everything is magnified and accelerated in an era of social media by the speed of information sharing — accurate or not.

It’s also a very destabilizing time, in terms of what’s happening socially and economically. There’s a lot of oversight from government now — which is fair enough: we’re public institutions. And I think the expectations that our alumni and donors justifiably place on us are big as well.

Would you say there is more accountability in general?

GC: There’s more accountability and there are greater expectations of success. Higher education in Canada, and certainly globally, is a very competitive environment. And you have to recognize that and continually look to differentiate what you do in a positive way from what other universities are doing.

The constant demand to ensure that the training you’re offering students is evolving to prepare them well for the next phase of their lives because of the rapidity of change — that’s a huge, huge responsibility.

We should always be able to demonstrate that what Concordia does is integral to a growing, innovative knowledge economy, but also to developing global citizens for a very different future.

Read the first instalment of this four-part series and Graham Carr's message to Concordia faculty and staff.