Graham Carr, Concordia’s interim president and vice-chancellor, shares his vision for the university
|
By Jake Brennan 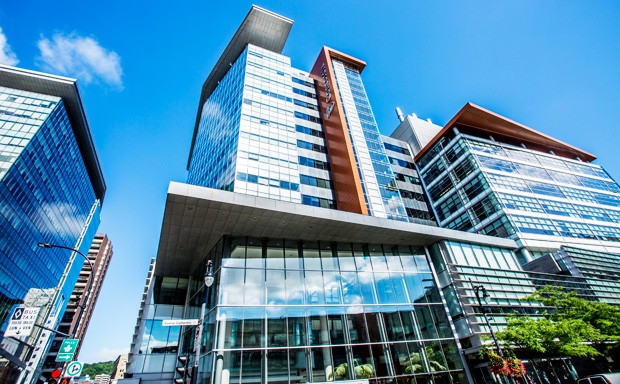 Graham Carr: “The more I’ve gotten to know this university, the more I’m excited about what’s going on here.”

This is the first in a four-part series of conversations with the interim president. In this instalment, Carr discusses the many challenges universities face in a changing economy and how Concordia has responded to severe budget cuts in the past.

You’re becoming Concordia’s president at an interesting time to be an academic leader. Higher education is responding to deep and rapid societal changes, many of them driven by the digital revolution. How do you see societal demands on universities shifting?

Graham Carr: I was in administration when the university went through severe budget cuts for successive years since 2012. We were operating under very difficult circumstances. But we also realized that there were a lot of great things happening at Concordia and we were determined to continue to push forward, full throttle, to support them. And we did that.

We prioritized academic growth, faculty hiring, research intensification, graduate education and funding for students. And we continued to improve our infrastructure.

I think those were make-or-break decisions and years for Concordia, quite frankly, because we were embarking on something that was changing the trajectory of the university. There was a risk that we could make bad choices, but the biggest risk would have been not to move boldly.

Now we’re coming out of that experience into a somewhat better economic situation: the Board of Governors has just approved our first balanced budget in many, many years. Although we still have structural financial challenges to address, Concordia is well placed to deal with the seismic changes coming in higher education because we’ve been developing a next-generation mindset for a while.

We’ve gone through a period, particularly under Alan Shepard’s leadership, where we’ve spent a lot of time trying to forecast and position ourselves for what’s coming.

For example, what will be the impact of the changing economy on lifelong learning? This should be a good fit for who we are at Concordia, given our history. So how do we prepare to address that need in creative, new ways?

Where are the new opportunities for partnerships and collaborations, whether that’s networking with partner universities or becoming much more of a platform for external partners?

How do we capitalize on the incredible asset we have — Montreal — to recruit both local and globally mobile students in a super competitive higher education market?

And how do we address the reality that, to some degree, universities are losing some of their monopoly on credentialization? Suddenly the 19-to-23-year-old cohort, who see an opportunity for themselves in the digital or DIY economy, may no longer see the value of doing a three- or four-year degree.

They might be drawn to specialized college or CEGEP programs or believe, rightly or wrongly, that they can bundle together a series of credentials from Udacity that will be recognized in the workplace. How do we prepare ourselves for changes of that nature?

Read Graham Carr's message to Concordia faculty and staff. And stay tuned for the second instalment of this four-part series.