Op-eds by Concordia's public scholars open conversations in the community 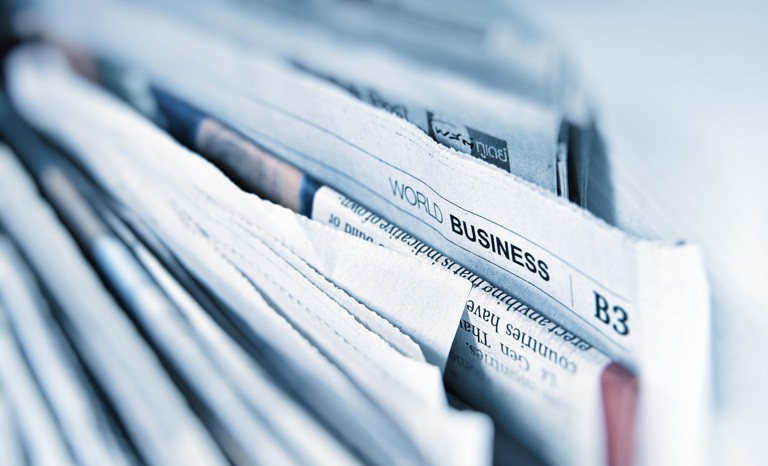 Since their arrival in May, Concordia’s 2018 public scholars have been eager to engage in conversations with the community. One way the scholars are encouraged to do so is by publishing op-eds — short for “opposite the editorial page” or “opinion editorial” pieces.

The 10 2018 public scholars, all Concordia PhD candidates, are the second cohort of the university’s Public Scholars Program, which began in 2017. All the public scholars are required to publish at least one op-ed before the end of their year-long term. The program is part of key initiatives to support its strategic directions for a next-generation university.

As part of their training, the PhD candidates participated in a workshop led by women’s-voice advocate and media professional Shari Graydon, founder of Informed Opinions. The two-part training covered all the aspects of op-ed writing, from ideation to publication.

By the end of the two sessions, the scholars had drafted a version of what could become their first op-ed, almost submission-ready.

The scholars also had the opportunity to receive feedback both from their peers and Shari Graydon herself. Following that, they went on a guided tour of the Montreal Gazette offices led by editorial page editor Edie Austin.

Three of the current scholars have seen their op-eds picked up by publications in recent months. Here are some reflections on the experience.

“I always wanted to publish an op-ed,” says Nura Jabagi, PhD candidate in business technology management. “We see academic writing as usually being devoid of opinion. It was refreshing to be able to infuse my research with my own opinion.”

Jabagi’s op-ed, “Why relationships matter in the gig economy,” was published in The Globe and Mail in April 2018 shortly after the completion of the op-ed workshop. The gig economy is one that increasingly relies on temporary, independent workers.

“I received really good feedback,” Jabagi reports. “People from as far away as Toronto contacted me after reading the piece.” The article opened up a few opportunities, including an invitation as a guest speaker on a business podcast.

Michelle Savard studies the different approaches to the reintegration of formerly abducted young mothers in Northern Uganda. She believes that publishing an opinion piece in a newspaper is the single best way to communicate the practical value of a university education.

“This is how you stimulate discussions,” Savard says, adding that academics have to be willing to impart their views in the public sphere if they want to impact society.

“It’s critical that we get out of the ‘university bubble’ and make a practical contribution to our fields.”

Her first op-ed was published in Policy Options in May 2018, followed by another piece, co-authored with two faculty members, in the Montreal Gazette later in the summer. Savard enjoyed a career with the government prior to pursuing her PhD. She says she had to work on her writing style to make it “less academic.”

She also found tremendous value in being able to speak directly to Austin during their visit to the Gazette’s office.

“When you send an article to a newspaper, it sometimes feels like you’re sending it into a big black hole,” Savard says. “It was a great advantage to clarify with the editors what kind of pieces they look for and to be able to aim for that.”

The third 2018 public scholar to be published thus far is Eric Fillion, PhD candidate in history. His op-ed, which appeared in Policy Options in May 2018, discusses the use of culture in the strengthening of ties between Canada and Mercosur — Argentina, Brazil, Paraguay and Uruguay. He studies how diplomatic relationships between Brazil and Canada were shaped by cultural influences.

Fillion completed a certificate in journalism fundamentals in the past. Since then, publishing in newspapers has been in the back of his mind. However, the medium has its own set of rules.

“As academics, we’re used to working with short pieces in the form of abstracts. But the 650-word maximum required by a newspaper is an added challenge,” he says.

Fillion notes that while the first step is to write the op-ed piece, the timing itself is of utmost importance to get it published. He says that the close mentoring, guidance and feedback from Austin was really valuable for better understanding the intricate decisions that go on behind the closed doors of the newsroom.

“When we did the workshop with Shari Graydon, a lot of it was about finding our voice,” Fillion says. “But for me, it’s even more about modulating between my public voice and my academic one — to use a musical metaphor. You don’t need a different voice, you need to use it differently.”

Want to be part of the next cohort of Concordia’s Public Scholars program? The call for applications is out now. All PhD candidates who meet the eligibility criteria are welcome to apply by November 16.