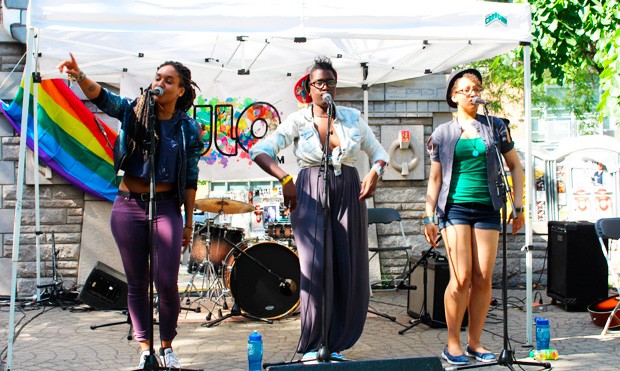 Walk into the offices at CJLO on Concordia’s Loyola Campus and it's immediately obvious this isn’t your typical university radio station.

There are some vinyls lying around — mostly remnants from its founding stations, CRSG and CFLI — but what’s most striking is CJLO’s robust digital setup. The station has a reliable online and streaming presence, an outstanding digital archive and a beautifully renovated recording studio.

The space is both forward-thinking and steeped in its own contemporary history.

This month, CJLO is celebrating two major milestones: the 20th anniversary of its founding as an online streaming station and the 10-year anniversary of the day when it hit the airwaves at 1690 AM.

Allison O’Reilly, program director at CJLO, says the first song the station played on air in 2008 was “Left of the Dial” by The Replacements.

“It was very appropriate since we are on the very end of the dial,” she says. “A lot of people look down on AM broadcasting but I think it’s a magical, beautiful thing. You get a certain amount of exposure and reach when you're on the airwaves.”

While plans to commemorate both dates are still in the works, the station recently held a kick-off party at Turbo Haüs with local bands GG Love, WET FACE and Pith.

CJLO also started its funding drive this month and will host an open house on Monday, October 15. Students, alumni and community members can swing by room 430 of the Central (CC) Building to learn more about Concordia’s only radio station.

“We’re going to feed everyone, we’re going to get a big cake and we’re going to offer the opportunity for alumni and current students to mingle, talk and just have a good time together,” O’Reilly says.

With more than 16,000 unique online listeners each month, there is no denying CJLO has a committed following. O’Reilly, who joined the station in January 2017, attributes this success to its mandate to serve underrepresented groups.

“We prioritize marginalized people, we only play music that is often ignored by the mainstream and everything we do is 100 per cent non-profit and for the community,” she explains.

“The main purpose of CJLO and campus/community radio is to train students and community members on broadcasting because they can take those skills and apply them to so many places in their lives.” 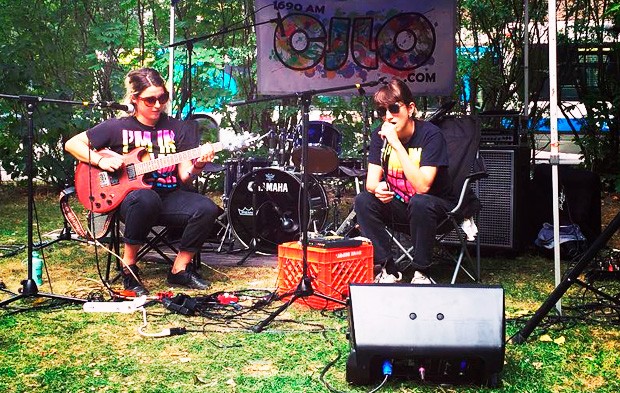 Women’s collective and Femme AM

In September 2017, O’Reilly and Mackenzie Smedmor, a third-year student in the Department of Communication Studies, were dissatisfied with the representation of female DJs at the station. They decided to start a women’s collective that aimed to get more women and gender minorities on air.

The group now has more than 60 members — 12 of whom are very active — and a biweekly feminist talk show called Femme AM.

“We do meetings, everyone pitches their ideas for episodes and we choose one,” says Smedmor, who coordinates the collective.

“Anyone can sign up for an episode they’re interested in. They don’t have to commit to doing a show every week.”

Smedmor already has a long history in community radio. While in high school, she worked at CHUO, the campus radio station at the University of Ottawa. In 2016, one of her shows, Beneath the Underground, won an honorary mention for Best Radio Magazine Program at the National Campus and Community Radio Association’s Community Radio Awards.

When Smedmor arrived at Concordia, she immediately went to CJLO to offer her time and expertise. Her involvement in community radio largely stems from her commitment to boost underrepresented communities.

“The most important thing is to keep the conversation going because there are so many things that we can improve on,” Smedmor says. “If we stop talking about them and being aware of these things, then it’s not going to happen.” 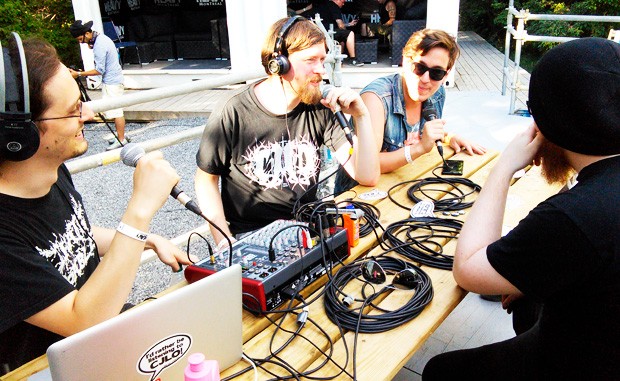 When Transmission first hit the airwaves in November 2017, host Alexandre Denis focused most of his time on the post-punk movement from the 1980s. The second-year student in the Department of Journalism soon realized he would have to diversify his show’s offerings in order to meet the regulations set out by the Canadian Radio-television and Telecommunications Commission (CRTC).

“Since I started the show, I definitely broadened what I listen to and look for, but I try to keep a focus on music that’s not very commercially successful or that just gets forgotten in an era.”

While Denis hasn’t been at CJLO as long as some of his colleagues, he says both of the station’s anniversaries still hold some significance for him. He credits the station’s history for helping him establish his credentials as a DJ and music reporter.

“As a student journalist with little to show in terms of actual produced work compared to others, I get to attach myself to this image of CJLO,” Denis explains. “People give me a lot more time than if I were just blogging on my own.” 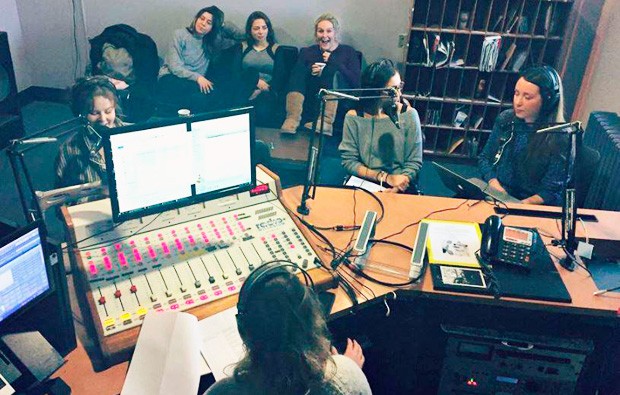 Annabelle Irakiza and Cheroma Jesse-Buadoo met three years ago at Concordia and immediately became friends. The students in the Department of Communication Studies would talk to each other before and after classes, but rarely spoke up during seminars.

Irakiza eventually got the idea to start Keeping It Real as a way for them to express their opinions to a wider audience.

“On Keeping It Real, we get to talk for the both of us,” Irakiza explains. “In class, it comes across as ‘this is how women of colour feel.’ You don’t want to be the voice that tells how we all feel when it’s not true.”

Describing their show as a mix between The Oprah Winfrey Show, The Real and a splash of The Wendy Williams Show, Irakiza and Jesse-Buadoo aren’t afraid to take on issues related to racism, feminism and sexism on air. They also talk politics and news, and indulge in celebrity gossip whenever they want.

“We’re just trying to show people that maybe they should think about things from a different perspective or try to understand something from another person’s point of view,” Jesse-Buadoo adds.

“The discussions we have on our show are things that we would probably discuss even if we weren’t behind the mic.”

For more information on how to become a volunteer at Concordia’s campus/community radio station, CJLO, email volunteer@cjlo.com. DJ applications should be sent to program@cjlo.com.