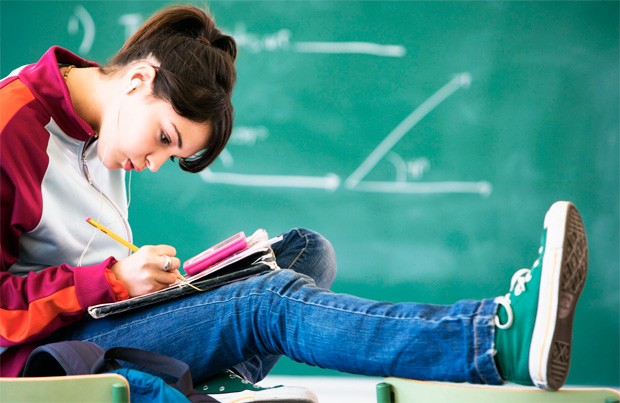 Do you switch off at the first mention of the science behind climate change? Does the night sky haunt you with visions of complicated math formulas and equations?

Never fear! Concordia’s Department of Physics has a new slate of online courses designed to shed light on the myriad mysteries of the universe for scientists and non-scientists alike.

“You can talk about real hard science without doing a ton of math and being confused by it,” says Gabriel Rosenbaum, a part-time physics professor.

“When people discuss fossil fuels or sustainability or climate change, I feel like science doesn’t get talked about enough and it’s pretty easy to understand.”

Twice as many learning opportunities

Starting this year, the department will double its online course offerings available to non-science students. In addition to Introduction to Astronomy (PHYS 284) and Energy and Environment (PHYS 273), students can register for Mechanics (PHYS 204) and Electricity and Magnetism (PHYS 205).

For Rosenbaum, who is also the department’s new undergraduate program coordinator and student advisor, online courses hold certain advantages over the traditional classroom environment. He notes how lecturing for more than two hours at a time may not always be the best way to encourage student learning.

“It makes sense to split up a lecture by topic,” he says. “To be able to compartmentalize things in a way which is purely pedagogical as opposed to time-based is a huge advantage.”

Rosenbaum first became interested in online course curriculum design when the department gave him an opportunity to build Energy and Environment for the winter 2018 semester. He admits he hadn’t considered the idea of creating an online course before then and took his time before agreeing to take part in the project.

“I wasn’t sure how I felt about it. I think there are a lot of places that have a mold and jam stuff in to create an online course,” Rosenbaum says. “I don’t feel like that is what’s happening here.”

Working in conjunction with eConcordia, Rosenbaum says a team of instructional designers, programmers, web developers and more gave him all the tools he needed to create the course, including particular functionalities that did not exist beforehand.

He also remarks that having a group of professionals look through his material proved very fruitful.

“Generally, as a teacher, you don’t have a content pedagogy expert going through your stuff really carefully,” he explains. “It’s a little intimidating but you wind up thinking a lot more about what you’re doing with the class.”

More than anything, Rosenbaum hopes students walk away from these courses with the realization that science is accessible. He believes most non-science students are often scared away by physics because it requires hard math skills, which is not the case for these online learning environments.

In his new role as undergraduate program coordinator and student advisor, Rosenbaum enjoys meeting with students to discuss courses they should take and their research interests.

“It just feels like something I would do for anyone,” he says, pointing to a jar of Oreos in his office. “It’s nice to have that as your job — and there are cookies.”

Check out other online courses available at eConcordia.