43 short films from the front lines of climate change 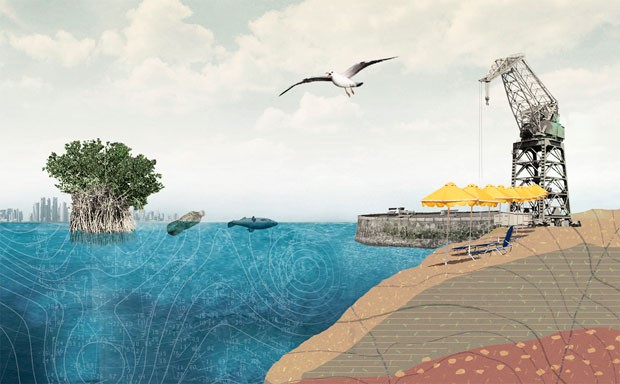 Rising sea levels, endangered coastlines and unpredictable weather are all hot-button issues for environmental activists and educators like Elizabeth (Liz) Miller, a documentary filmmaker and communication studies professor in Concordia’s Faculty of Arts and Science.

“We are seeing one of the greatest migrations of all times toward coastal cities at precisely the moment we should consider retreat,” says Miller, who turned her concerns into The Shore Line project.

A selection of the videos will premiere on Tuesday, November 14 at the Montreal International Documentary Festival (RIDM). They will also be available for interactive viewing in the UXdoc space — on the first floor of UQAM's Pavillon Judith-Jasmin Annexe (1564 Saint-Denis) — every day from November 9 to 19.

“The project asks, ‘What can we learn from those living on the coast — the front line of environmental change’?” explains Miller, who wrote, directed and produced The Shore Line.

Viewers see collaborative initiatives that address diverse issues all over the globe, such as Norway’s precarious arctic coral reef and Florida’s nuclear waste.

There are films about Panama’s coastal garbage problem and the acidifying ocean water off the West Coast of Canada. Other films grapple with sinking islands off New Zealand, endangered Chilean glaciers and the need to plan for displaced coastal residents — to name just a few issues.

“By featuring stories of resilience from shoreline communities, we hope to inspire diverse ways of responding to our changing environment,” Miller says.

“The Shore Line was developed with and for students, teachers and organizers from around the world who are invested in innovative forms of pedagogy, media production and environmental literacy.”

“But the documentary films are not the endgame,” Miller says, adding that media is a first step towards engaging people in local dialogues and local solutions.

“The personal relationships forged along the way are our most useful resources.”

Attend a 40-minute screening of selected films from The Shore Line at the Montreal International Documentary Festival's UXdoc space — located on the first floor of the Pavillon Judith-Jasmin Annexe at UQAM (1564 Saint-Denis) —  on Tuesday,  November 14 at 8 p.m.

Following the screening, Elizabeth Miller will give a talk to highlight the project’s many features. Miller is also looking for teachers interested in talking about the project in their classes.