6,000+ prospective students, family and friends visit Concordia from around the world
|
By Sarah Buck 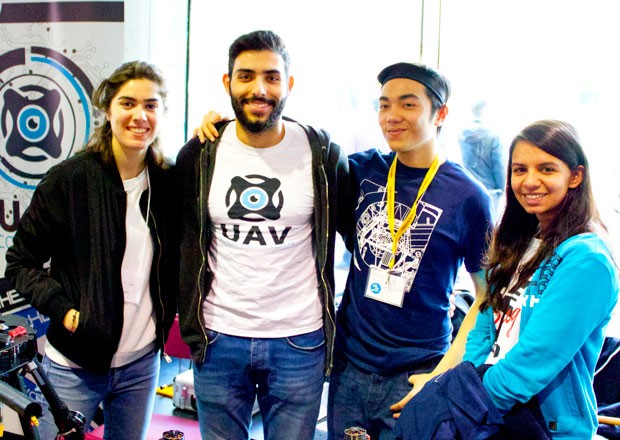 It was another busy, high-energy Concordia Open House and Portfolio Day on Saturday, October 28. The university community turned out to welcome more than 6,000 visitors.

"I was so proud of the effort we made to welcome prospective students and their families to our campuses," says Concordia's president Alan Shepard. "I want to express a very sincere thank you to everyone who came out to help. We had a great number of visitors, and the vibe was terrific. The sunshine topped it off."

Matthew Stiegemeyer, director of recruitment, says there was a lot of enthusiasm among the visitors.

“I even welcomed a student who went straight to the application clinic at 10 a.m. The sense I’m getting is that we are the first choice for more and more people.”

Mesquita is originally from Brazil and explains the appeal of moving to Montreal: “So many things to do, people to meet from all over the world and so much cultural diversity.”

The top three countries in terms of international visitors were the United States, France and Mexico — with more than a few people travelling great distances to be in Montreal. Savvy Papayiannis, recruitment manager, spotted a future student she originally met on a recruitment trip to Ecuador.

The presentation aimed at Americans was also hugely popular. “It was packed, with a turnout of 87 people, even though it took place first thing in the morning,” says Papayiannis.

Shepard says the quality of Concordia's programs on display, as well as the diversity and vigour of the two campuses were very much appreciated by visitors at Open House.

"One of our guests was Hélène David, The Government of Quebec's minister responsible for higher education. I was pleased to join her for an extensive tour, and I am certain she was as moved as I was by all of the tremendous opportunities the Concordia community provides to those seeking to further their educations."

Many visitors arrived early and stayed until late afternoon.

“It’s a good indication that our Open House programming offers a comprehensive experience, with a solid range of activities to keep visitors busy the whole day,” Papayiannis says, adding that the goal was to make sure there was something for everyone.

“Whether you had applied already or you wanted to learn more about our programs, figure out the admissions process, learn about submitting your portfolio or talk about careers and grad studies — you could do that at Open House.”

Organizers also offered programming in a variety of formats, including one-on-one attention from advisors, presentations, and information from students, staff and faculty.

Alexandra Dunlop, who is planning to apply to Concordia’s Film Production Program, travelled to Montreal from Ottawa for Open House. Her day included chatting with current students, attending a presentation on her program and touring the Grey Nuns Residence.

An expanded effort to reach master’s and PhD students was another highlight of this year’s event, notes Stiegemeyer.

“I know our recruiters were really happy with the range and quality of interactions we were able to have with our future grad students.” 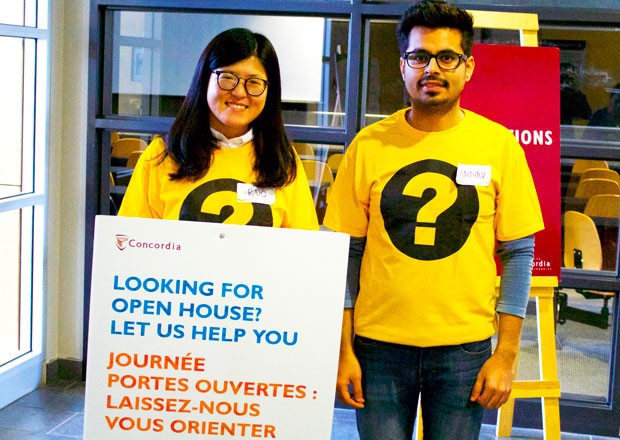 October 28 also marked the premiere of Open House online, an effort to include international students and anyone unable to visit campus in person. Virtual tours of the Sir George Williams and Loyola campuses, live interviews, advice on putting together a portfolio and the chance to message with recruiters throughout the day rounded out the online offering.

“It’s awesome you are doing an Open House on Facebook. This is a huge help, especially for international students!” commented a future applicant from Mexico. Another Facebook follower who viewed the campus tour shared this comment: “I feel like I am already there with you guys.”

Gearing up for winter Open House

With fewer than four months to go until Winter Open House on February 10, planning is already underway. The focus will be on helping students get their applications in before the March 1 deadline.

“There will be all the same opportunities to explore Concordia — and it’s a great way to finalize your plans for September,” Stiegemeyer says.

“You even can apply on the spot with a little help from our advisors.”